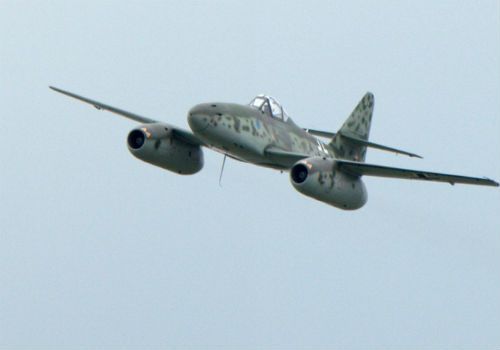 Myths are usually and actually stories that are fiction, not true, and in fact baseless.  With the top 10 Myths of World War, it is still exciting to know the stories behind these myths and what made it to the top 10.  World War II was an international battle that involved almost 30 countries and almost 50 to 85 million died.  The war started on 1939 in Europe when Germany invaded Poland and in Asia-Pacific when Japan invaded China. The countries of Britain and France declared war to Germany.   The Second World War also introduced heavy machine guns deadlier than ever and also took the risk of using the nuclear weapons.  Some said allied forces gave a significant role in the ending of the World War II.  Victory in Europe Day or VE Day was the public holiday happened on May 8, 1945 where the unconditional surrender of Nazi Germany took place.  Adolf Hitler, who was the leader of the Nazi, committed suicide during the war in Berlin.  In the Asia-Pacific region, Americans attacked Japan using atomic bomb.  There were so many people who opposed the way US government bombarded the miserable Japan.  It is believed that Japanese troops were already defeated but the Americans remained firm that Japanese wont surrender.  Here now are the top 10 Myths of the World War II. 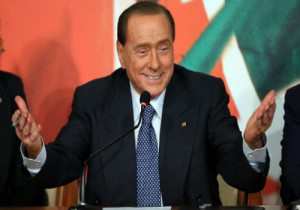 Absurd Holocaust remarks are comments that are completely foolish.  William J. Vanden Heuvel, longtime president of the Franklin & Eleanor Roosevelt Institute, has these remarks: “The only meaningful way to save the intended victims of Hitler’s murder machine was to win the war as quickly as possible.”  The truth is, the allied forces have so many ways and means to help the Jews escape the murderous crime of Hitler.  Attacking the Germany camps using bombs and air missiles should have been took place so that many people could have been saved.  Franklin D. Roosevelt, the president of America, refused also to endorse the Wagner-Rogers bill.  The bill would have admitted 20,000 refugee children from Germany outside the quota system. 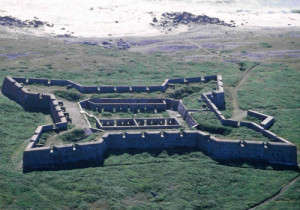 The idea of America played a big part in World War II is not so true.  It was all because of Hollywood films that showed Americans were the hero of the war.  It eventually spread worldwide and minds of people thought that it’s all real.  In reality, there were so many questionable attacks of Americans.  They invaded countries for their own good, they will see to it that they will earn rather than lost.  Churchill being popular was proclaimed by historians and biographers.  He was kicked out from his office as the Prime Minister of the United Kingdom because he wanted to have a World War III and wanted to invade Russia with the help of German forces.  His popularity still gained but only to those who did not know the history of British Raj. 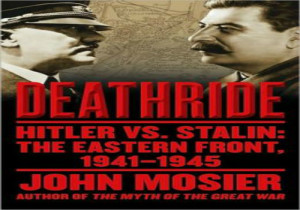 ‘Deathride: Hitler vs. Stalin, The Eastern Front, 1941-1945 was one of the well known revisionist military history books which were written by the American John Mosier on 2010.  It created a wild controversy when he wrote that if the Allies weren’t in the war between Germany and Russia, Germans would assuredly win.  And the other thing that created a stormy argument was Mosier called Russians as “pathological Liars”.  Mosier showed his one-sided theories, maybe because he is an American but that doesn’t mean he had to do such honest mistakes or he just wanted to be famous.  There were so many inaccurate wordings and no proofs were shown to give readers the assurance that all what he said was true.  Some people believed and others not of course. 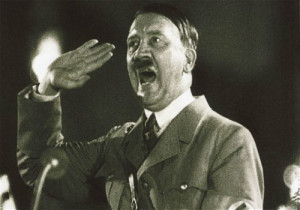 There were issues that Allied intelligence once believed that Hitler planned and built a strong, secret underground on hidden mountains of Austria that will provide 60, 000 Nazi people and war culprits everything they need for two years.  This was proven wrong by the history itself, because Hitler never left Germany and committed suicide in his secret, protective place when they felt they will be defeated from the Berlin war.  Soon after, the German Nazis ceded.  The Allied Intelligence also added that in their hidden place, they will train eagerly their troops.  They really wanted people to think that Hitler was very smart enough to have such kind of plans and that gave them reasons not to give full attacks to Germans.  They don’t want to be blamed in other words. 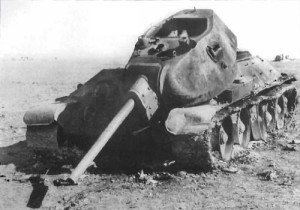 T-34s are medium tanks of the Soviet Union and was known as “the deadliest tank in the world” at that time.  This myth is completely the other way around of the story.  Some historians said that Germans were so shocked to know that the Russians had their own powerful tanks for the defense of their country that made the Germans surrendered.  But history truly stated that the Soviet Union won over the Germany which made it very crucial how this myth came from.  There are so many blogs, comments, articles written but only thing that will never changed is the fact that Soviet Union won the battle! 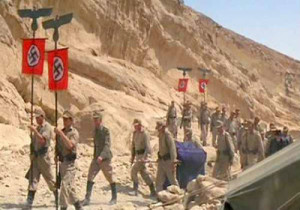 This myth is some kind of funny though because every escape should have been secret but from the name itself of the organization ODESSA men short for SS men, which means  ‘Organisation der ehemaligen SS-Angehörigen’, or in English  ‘the Organisation of Former SS Members’.  It is so insane isn’t?  If ever that there might be such an organization it may be temporary and not adequate enough.  Many helped the Nazi escape (they say the Catholic priests and nuns) their defeat from the Russians.  This organization not only was pointed out as the one who coordinated the escape, they were also labeled as the one to continue to invade the Russian country and resume the Nazi rebellion worldwide.  The Allied Intelligence group confirmed that ODESSA organization was created but some say this is just a wonderful story! 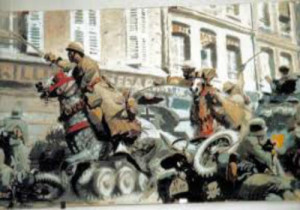 The myth regarding Polish riding horses and attacked against German tanks is absolutely not true and baseless.  It was written by historians that knew nothing about what really happened, they just saw those Polish armies with their horses scattered around and took pictures with the German tanks surrounding the battlefield.  What really happened was the Polish cavalry saw some not so heavy armed German soldiers approaching; they bravely attacked them to delay the invasion.  Polish used their swords to the unknowing, clueless Germans who were surprised by the assault.  Many Germans were found dead and wounded, and some escaped and reported surely for what happened.  The Germans riding in their armored cars with machine guns and cannons suddenly appeared and fired the Polish soldiers riding horses.  Two dozen Polish soldiers were vanished and some scattered.  But then even if they defeated, they still did their job and delayed the move of the Germans for many hours and even made them feel frightened. 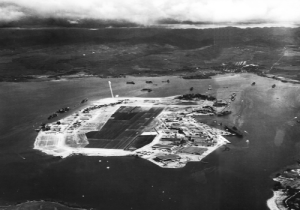 On December 7, 1941, Pearl Harbor was unexpectedly attacked by Japanese forces.  There were knowledge of the possible attack but never really detected when they will attack.  The sudden assail left thousands American dead, some thousands left wounded.  It was also alleged as a conspiracy theory but was not accepted by historians due to the fact that Japan did not really initiated war against American and it was declared as a Japanese war crime. The lack of modern technologies led everything to happen.  But some historians said Japanese declaration of war was transmitted but took so long to deliver it on time by the Japanese ambassador in Washington. If only they have emails or skype that time, it might not happen but that is history and history like that should and hope will never happen again.

2. The German war economy was mismanaged 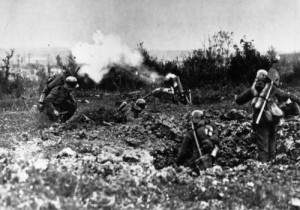 “The German war economy was mismanaged” lacks a proof of evidence again.  This myth actually is most undying myth of World War II.  Yes, Germans lack the resources.  But they did a systematic procedure in order to generate what is needed.  The war economy actually was managed accordingly by the German’s Armaments minister.  He set a lists of policies to increase the shortages of raw materials. By giving these rules and regulations, the war economy boomed which means increase in production of tanks, grenades, bombs and battle aircraft.  The ample amount of German women in their labor force and the use of force and slave labor force helped the war economy of Germany.

1. The Me262 jet fighter and the dumb Fuehrer 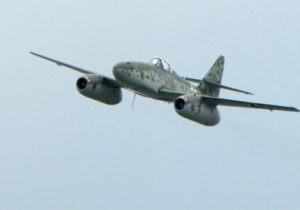 The Me262 was a jet fighter aircraft with its first flight dated on 1941.  The first ever functional jet fighter and the most developed modern aircraft device operated during the World War II.  It was believed that the Nazi leader, Adolf Hitler, stopped the bulk production of this aircraft just because he wanted it to be remodelled and loaded it with bombs too.  They said the delay was so late it nearly end the war.  The field Marshall Erhard Milch made a serious request to Hitler to reexamine his order, and uttered a loud voice saying that the Fuehrer is dumb, did he not know that the jet is a fighter and not a bomber aircraft.  The truth was the production was delayed because there was technical problem with the aircraft machine.  The fact is the delay was only 3 weeks.