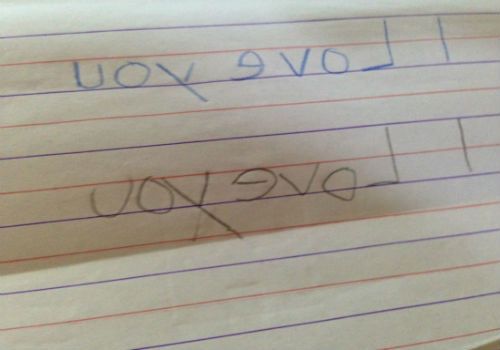 Leonardo DA Vinci is one of the most famous and historical figures of all times. With her work and reputation, Leonardo da Vinci changes the entire face of arts and science. Arts are not just some piece of cloth, paintings and drawings, but you can only call something an art once the message is properly delivered. Since Leonardo da Vinci is a historical figure, his existence and works are continually questioned and confirmed. You are already aware that this conformation would take time since there are no definite record are present at that time. Leonardo da Vinci is considered to be a genius in line with AlbertEinstein and Galileo Galilee. Though this genius has different field still their ability outshines a regular painter, scientist, artist and whatever field that requires too much focus and expertise. One of the most famous paintings of Leonardo da Vinci is the Mona Lisa. This painting is a quite controversial since there is no definite explanation about the Mona Lisa’s smile why did he make this painting. Many controversies surround Leonardo today, but it is part of being famous, if you are thrown with various intrigues then consider yourself as famous. 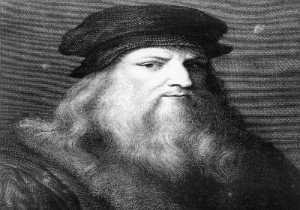 Leonard has a beard though its length is haven’t been clarified or proven.This what you on his portraits. Experts say that the beard signifies the knowledge he gained throughout his existence. When you say wore, it is something you carry or bring.If you have seen the people during the Renaissance period you will see that mean really has a long beard. This somehow entails the status of men in their society, it would be like a culture for them to maintain their beards as long as possible. And if you are a genius like Leonardo then you don’t have enough time to even hygiene yourself like shaving your beard. Still, things remain unproven since no one really knows the appearance of Leonardo DAVinci; even the so called self-portrait artwork is being questioned to be him. 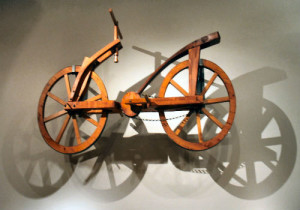 In todays generation the bicycle has made a great change towards the industry of transportation that is why even if it wasn’t Leonardo still there is something to be thankful of. Leonardo didn’t invent the bicycle maybe he had some ideas, but he didn’t even it because studies show that the first verified claim about the creation of bicycle is Baron Karl von Drais. Even if Leonardo da Vinci is a known inventor, sad to say the bicycle is not one of them. Since Leonardo is famous and known to be genius many would expect grateful things like inventing the bicycle himself.

8. Leonardo did not read books. 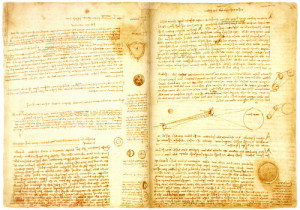 It is very impossible for a genius not to read books, because even if he had the highest mental capacity still he needs the information written in books. Leonardo da Vinci read books, different kinds of books because at that point this is their sole source of information. Though experiments and observation help his studies still the he always need the power of information. Take note that no one ever succeeded in life without reading a book. Reading doesn’t always mean you always do, somehow it is enough that you read through important facts like history. No matter how brilliant you are, you can’t know everything without studying or learning it.

7. Leonardo used the same model for Christ and Judas in The Last Supper. 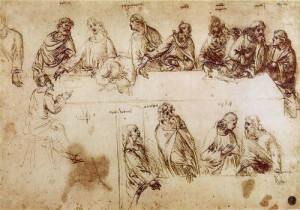 So far as the history is concerned, Leonardo didn’t usethe same model for his famous painting the last supper. It is already common that great painters like him use a live model for portrait an art, but it is not option to use the same model for different characters. Studies show that Leonardo didn’t use the same model for both characters. This might be an attack towards the religious aspect of Christianity relating Christ to a prisoner in Rome. A rumor spread about Leonardo using a criminal as a model for Judas and then later on find out that it was the model he uses for Christ which is not through. It is a sort of desperate move against the credibility of the last supper. 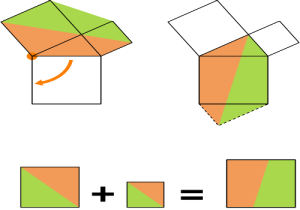 Research says that Leonardo is studying the PythagoreanTheorem, but none of them has been published and recognized. Leonardo offered a proof, but that proof wasn’t proven since Leonardo field focus on geometry. His study involves everything about the geometry that is why every mathematician would show and present a proof of Pythagoras theorem. Up to this moment many are using the name of Leonardo da Vinci to present their theories and thoughts, but again, no one could ever prove something than Leonardo itself. Just imagine writing a new article, it wouldn’t become a news if it isn’t published, so regardless if Leonardo offered a proof as long as it wasn’t published no one knows.

5. Leonardo faked the Shroud of Turin. 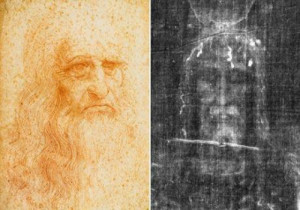 The term faked provides a heavy meaning towards the reader. The Shroud of Turin will remain at ease, though it has a similar resemblance towards the work of Leonardo DA Vinci still its connectivity still to be proven. Accusations have been in place already since many active minds try to connect everything that is present. It would be like the connecting the power of mind towards other possible powers as a human being. Connectivity is normal, but its authenticity needs evidence. A pure conversation is not enough because proof is highly recognized than words. One of the most controversial issues about the Shroud of Turin and Leonardo da Vinci’s work is the relatedness of the dimension, but mind you that if you are an artist you can replicate the real image of your paintings. So it wouldn’t be a surprise if Leonardo’s work matched with any shrouds.

4. The Mona Lisa is a portrait of someone other than Lisa Del Giocondo. 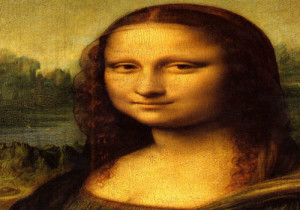 This statement is said to remain a myth because histories and research say that this portrait is no other than Lisa Del Giocondo. Leonardo can make several portraits according to his likeness, but as an artist, he wouldn’t do such thing as doing another portrait of someone they are not. It would be like you cannot take a picture of a car if you are capturing the image of a horse. A myth are beliefs are said to be true, but later on proven a lie Since knowing truth or lies will take a very long and crucial process since most of the information are buried with the Renaissance period. 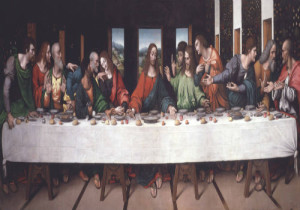 They’re facts and proof stating that Mary Magdalene wasn’t included in the last supper. Basing on the biblical Mary Magdalene wasn’t there. But speculation comes up since the movie doesVinci code was published. No one is saying its true and no one is assuring it’s not, but basing proofs, Mary Magdalene wasn’t there. But aside from the bible and faith no one can tell the authenticity of that statement. Remember not to over judged and over connect things that are present because it will somehow interfere your beliefs since you were young. If you unsure then just stand on your faith and don’t let other statements hinder your belief.

2. Leonardo used the Golden Section in his paintings. 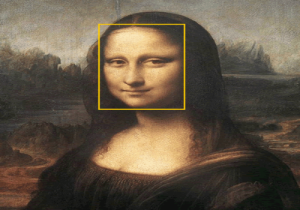 The golden section is a great study of divine proportion, but if an artist used it to make a masterpiece then there is nothing wrong with that. The divine proportion is a detailed study, but before this study was presented, this proportion already existed. So either way, no one would know that time you are already using this Golden section. When you are a genius you probably make things as perfect as it could be, perfectly, in which there are no flaws present on your artwork. This is where controversies came when things are too perfect to believe with. Many would question its existence up until to their tomb because no one could ever prove something that the creator itself like. It is not like a crime wherein suspects present and evidences are gathered. Historical myths need a long timeline to be proven correct.

1. Leonardo wrote backwards as a code to conceal his secrets. 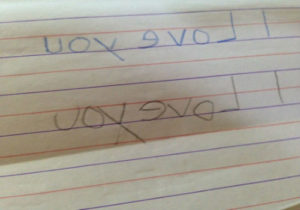 Concealing secrets are normal for every individual, not because you want to hide it because you just don’t want others to notice. Leonardo da Vinci didn’t write backwards to make a code but because it would be much easier for a left handed person like him to do so. As of this moment there are only few people who can write backwards because writing requires a heavy mental capacity and focused. Leonardo is a genius who wants to discover everything he wants including the easiest way to do things like writing. If you are famous, many would question your capabilities as well as your skills, most of the time instead of appreciating it people will try to connect things that are not even viable.