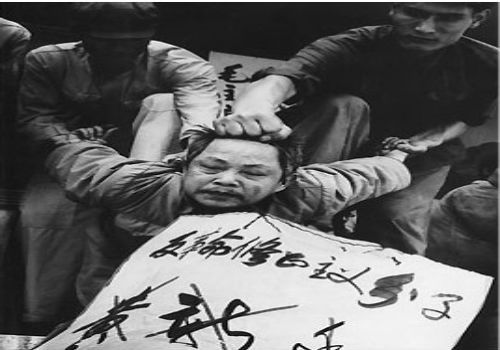 Genocide is a term that is most commonly misunderstood by most people. In all truth, a genocide is a calculated and systematic destruction of all or part of a racial, ethnic, religious or national group by either killing all or most people in the said group or causing serious physical or mental harm to members of a group. Basically, it’s a deliberate killing of a large group of people; most especially ethnic groups or nations. The term can be synonymous to a mass murder or homicide, or a massacre, in short. There have been numerous genocides all over the globe, ranging from ethnic to non-ethnic groups. A popular example of a genocide would be the holocaust but more importantly, genocides are not the usual or diplomatic way of solving issues amongst different groups. However, many choose to resort to the idea of genocide to fully eradicate or dominate a certain group or nation. Here’s a round up of the most horrific genocides in history. Take note that this is not for the faint hearted, but it’s a good eye opener for those who want to learn more of the history behind these mass murders or what we can simply term as genocide.

10. Genocides of the Amalekites and Midianites 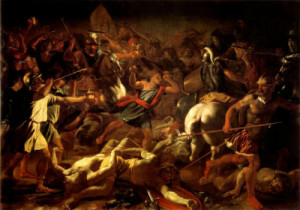 The genocides of the Amalekites and Midianites is a tale as old as time. Genocide is not a modern phenomenon and the story behind this one will surprise you. This story comes from the bible, whereas it was not only condoned by ordered by God himself, supposedly. According to the Old Testament, God ordered the genocides of Israel’s arch enemies: the Amalekites and the Midianites. The resulting deaths added up to no more than a few tens of thousands of people. This story proves that the desire of one group to destroy or exterminate another has been around since civilization. However, with today’s technology and tainted morale, humanity possesses the power of genocide on a higher scale. 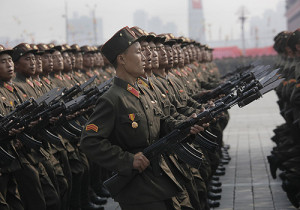 Not the most common people know what’s going on in North Korea aside from it being purely secluded and closed to the rest of the world due to its communist activities. It will never be known how many people have died within North Korea due to genocides, but Pyongyang has been at war with its own people since Kim Il-Sung, called The Great Leader, first assumed power in 1945. Many peasants have died since the mid 1990’s, which is attributable to starvation, because of the systematic and deliberate prevention of food aid from reaching North Korea for its people. Along with the starvation genocide, many women and children have also died in prison camps for the most superficial crimes over the past 65 years. 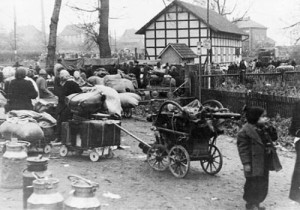 Scholars consider this event in history as a population transfer rather than a genocide, however, about 14 million ethnic Germans and allied Slavs from Soviet Russia from occupied areas of Eastern and Central Europe after the dissolution of the second World War. Between half to two million didn’t survive the displacement journey, resulting in this genocide. Most of the deaths were from famine and disease but many Germany civilian were also executed outright or sent to labor camps by the Soviets, especially those known or suspected to have associations with the Nazi. Because only Germans were targeted and the relocation was ordered by Stalin himself as a means of retribution, this genocide takes the 8th spot. 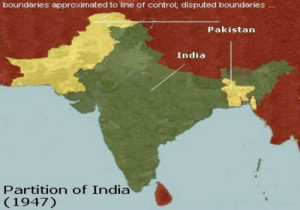 What’s interesting about this story is that there were no political motivations, it occurred spontaneously. As an important colony to Great Britain, the partition of India in 1947 eventually resulted in a genocide. The move to partition India according to Hindu and Muslim sections resulted in the modern day India and Pakistan. The partition left millions of Muslims, Hindus, and Sikhs on the wrong side of the newly created border. Millions ended up being uprooted from their homes and were forced to walk hundreds of miles to their new homes. During the expedition, violence broke out between the religious groups which lead to around a million deaths. 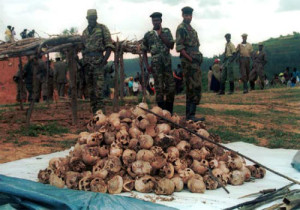 The Rwandan Massacre is one of the genocides that wasn’t politically motivated but was rather a result of tribal differences. The mass killings resulted to 500,000 to a million deaths. The minority of Tutsi had controlled the country for centuries, abusing their power over the Hutus. It was in 1962 when the Hutus staged a rebellion against the Tutsi. Because of high tensions, the rebellion blew up to become a war when the Hutu President died under mysterious conditions in a plane crash in April of 1994. This resulted in bloody retaliations by the Hutus against the Tutsi. He genocides weren’t exactly calculated by the Hutu-led government. Scholars say that the violent reaction to the Hutu President’s assassination was encouraged by the Rwandan armed forces and carried out by Hutu militias with the full knowledge of the government – making them directly culpable for this genocide. 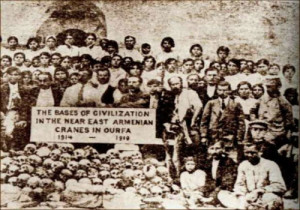 The Ottoman Turks conducted the first large scale organized genocide of the 20th century under the leadership of the War Minister Enver Pasha (1881-1922).During and after the first World War, Turkey not only killed and deported but also starved Armenians and non-Turks to death, with as many as 1.8 million Armenians and hundreds of thousands of non-Turks. Turks are also allegedly the first to introduce concentration camps. At the time, Turkey was at war with Russia. Modern Turks normally refuse to acknowledge the fact that this really was genocide, but rather a mass deportation of people who were associated with the Russians. 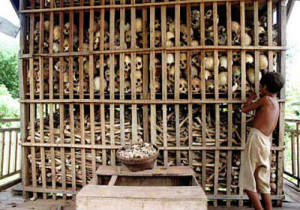 Khmer Rouge overthrew the government of Cambodia in 1975 and established a communist movement in its place. His first act was then to eliminate anyone who was deemed an enemy of the state including members of the former regime and military, journalists, teachers, businessmen, intellectuals Buddhists and even people who wore glasses (talk about exaggeration and power tripping, huh?) The number of casualties in this short lived genocide is estimated to be no fewer than two million people, which is almost 20% of the Cambodian population. Thankfully though, the invasion of a fellow Communist regime, namely Vietnam, in 1979 toppled Khmer and put them into hiding. 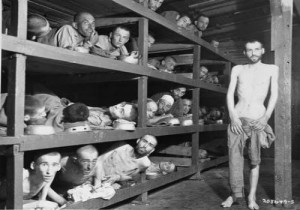 Although the holocaust takes the third spot in the list, this genocide still stands as the most popular and most carefully documented one. The Nazi efforts to exterminate Jews from continental Europe along with others that were deemed undesirable led to about 11 million deaths, with over half of them being Jews, and this count was by the time Hitler shot himself in his bunker in Berlin. The genocide was done through various methods – mass extermination, deportation, starvation and overworking in his prison or concentration camps. Surprisingly, German had no history of large scale cruelty. Germany was actually considered to be one of the most educated and cultured societies prior to its fall in Hitler’s hands. 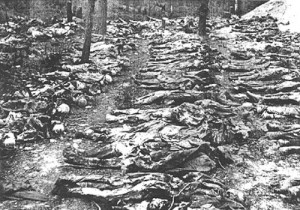 Joseph Stalin is viewed as one of the greatest mass murderers of the 20th century, including Hitler and Mao Zedong. Stalin was able to rip his own nation apart by turning it into a massive prison camp and extermination center. There is no certain number for how many deaths occurred under his ruling, but there is an estimation of about twenty million. Two of the twenty million can be attributed to the famine among all Ukrainian peasants, as well as the Soviet’s elimination of the Kulaks, a social class. Stalin had enacted the notorious 1937 Order No. 00447 which called for mass execution and exile of “socially harmful elements” as “enemies of the people” also annihilated the military and intelligentsia of Russia. This left hundreds of thousands dead and millions more suffering in Stalin’s cruel hands. Luckily for Russia, Stalin had died in 1953, which was also the end of the genocide. 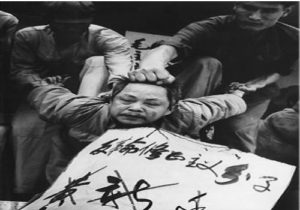 The Communists came into power in 1949, and in the decades that followed, many people died in Communist China with an estimated range of 45 to 70 million people. Some of the deaths occurred in various events. One event was when the Communist forces conquered the Nationalist Army of Chang Kai-Shek. Most of the deaths, however, are attributable to two main waves: the Great Leap Forward and the Cultural Revolution of 1966 to 1967. The Great Leap Forward was the first wave, where Mao Zedong, China’s leader at the time, attempted agricultural modernization and social engineering. This led to a mass starvation from 1958 to 1961. Many former land owners died because of the killer famine. What made this occurrence genocidal is the fact that Mao Zedong continued these policies even after it showed to be catastrophic. The Cultural Revolution, on the other hand, was a purge of anti-government elements. This led to the death and suffering in prison camps of millions.