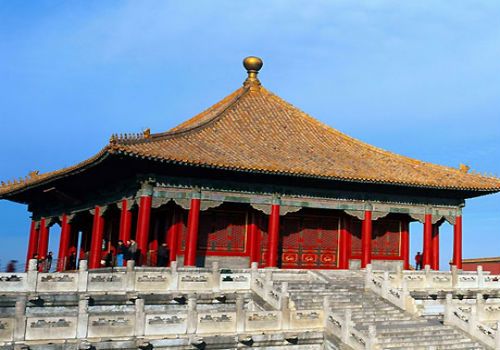 The armed forces of a country are the government- sponsored defense, fighting forces and organizations. They are in place to further the foreign and domestic policies of their governing body and to defend that body and the nation it represents from external and internal aggressors. There are basic requirements that must be met by all applicants joining the armed forces. All branches of the armed forces require applicants to meet minimum health, weight and vision standards set by each branch. The minimum enlistment age for all branches of the military is 17, for the Army 42, for the Navy 34, Air Force and Coast Guard 27 and for the Marine Corps 29. Applicants must have high school diploma. No criminal background and a commitment for at least six or eight years before one qualify for entrance. 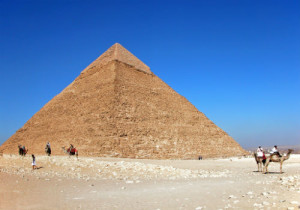 In the largest top ten armed forces in the world, Egypt is position 9.  Founded in 1922, they are the largest in Africa and the Middle East. It consists of Egyptian Army, Egyptian Navy, Egyptian Air Force and Egyptian Air Defense Command. Its headquarters is in Cairo. The Commander- in – Chief of the Armed Forces, the senior uniformed officer, is currently Field Marshal Abdel Fattah el-Sisi and the Chief of Staff is currently Lieutenant General Sedki Sobhi. The Military age is between 18-49 years old. Its inventory includes equipment from different countries around the world. Egypt has provided military assistance and training to a number of other African and Arab states. Egypt still remains a strong military and strategic partner and is a participant in NATO’s Mediterranean Dialogue forum. The Egyptian military is one of the strongest in the region. 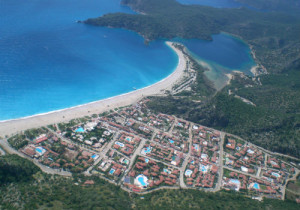 In the largest top ten armed forces in the world, Turkey is position 8. They consist of the Army, the Navy and the Air Force. The President of Turkey is the military’s overall head. The current Chief of the General Staff is General Necdet Ozel. The Chief of the General Staff is the Commander of the Armed Forces. The General Staff has the mandate to command the armed forces and establish the policies and programs related with the preparation for combat of personnel, intelligence, operations, organization, and training. It became a member of NATO on 18th February 1952 and then initiated a comprehensive modernization program for its Armed Forces. It also participated in European Union battlegroups under control of the European Council as a part of the Italian-Romanian-Turkish Battlegroup. It also contributes operational staff to the Eurocorps multinational army corps intiative of the EU and NATO. 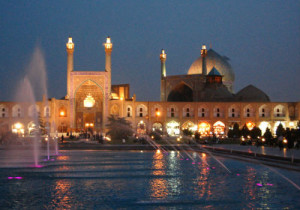 In the largest top ten armed forces in the world, Iran is position 7. These forces total to 545,000 active personnel (not including the Law Enforcement Force). All branches of armed forces fall under the command of General Headquarters of Armed Forces. The Ministry of Defense and Armed Forces Logistics is responsible for planning logistics and funding of the armed forces and is not involved with in-the-field military operational command. Iran spent $10 billion between 1989 and 1992 on arms. Iran ordered weapons designed to prevent other naval vessels from accessing the sea, including submarines and long-range Soviet planes capable of attacking aircraft carriers. In 1990, a former military-associated police force, the Iranian Gendarmerie was disbanded. In 1991, the Iranian armed forces received a number of Iraqi aircraft fleeing from the Persian Gulf war of that year, most of which were incorporated into the Islamic Republic of Iran Air Force. 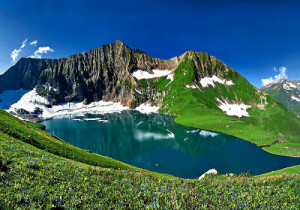 In the largest top ten armed forces in the world, Pakistan is position 6. The military is formally called the Pakistan Armed Forces and as of 2004 consisted of approximately 619,000 active personnel in the army (550,000), air force (45,000), and navy (24,000) as well as 513,000 reserves. Under the 1973 constitution, the federal government controls the armed forces and the president is the commander in chief. The ministry of defense has a permanent staff of civil servants headed by the defense secretary general. The Joint Chiefs of Staff Committee deals with problems concerning military aspects of state security and is charged with integrating and coordinating the army, navy and air force. Under the constitution, the military is responsible for defending the nation against external aggression and threats of war and is to aid civil authorities only when called to do so. 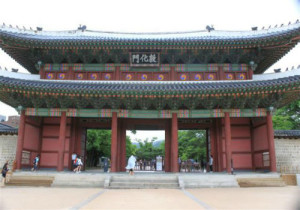 In the largest top ten armed forces in the world, South Korea is position 5.The armed forces of South Korea also known as the ROK Armed Forces was created in 1948 following the division of Korea. The Republic of Korea Armed Forces is one of the largest standing armed forces in the world with reported personnel strength of 3,539,000 active and 2,900,000 reserve. The military forces are responsible for maintaining the sovereignty and territorial integrity of the republic but often engage in humanitarian and disaster-relief efforts nationwide. The ROK has participated in various peacekeeping operations and counter-terrorism operations. It was a large and strong force until the outbreak of the Korean War. The North Korean and Chinese attacks heavily damaged it making it rely on American support for weapons, ammunition and technology. Today South Korean armed forces enjoy a good mix of avant-garde as well as older conventional weapons. 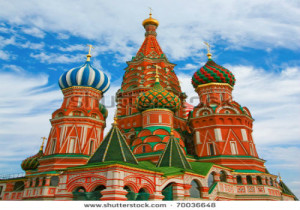 In the largest top ten armed forces in the world, Russia is position 4. It is the military services of Russia and was established after the dissolution of the Soviet Union. On May 1992, Boris Yeltsin signed a presidential decree establishing the Russian Ministry of Defence and placing all Soviet Armed Forces troops on the territory of the RSFSR under Russian control. The commander-in-chief of the armed forces is the president of Russia. The Russian military dates its roots back to the times of the Kievan Rus’. In 1st January 2008, a number of 2,019,629 units including military of 1,134,800 units were set. In 2010 the International Institute for Strategic Studies (IISS) estimated that the Russian Armed Forces numbered about 1,040,000 active troops and in the region of 2,035,000 reserves (largely ex-conscripts). As of December 2013 the armed forces are at 82 percent of the required manpower. According to SIPRI, Russia spent nearly $72 billion on arms in 2011. Russia is planning further increases in its military spending with draft budgets showing a 53% rise in real terms up to 2014. 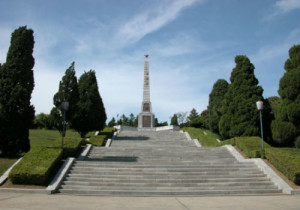 In the largest top ten armed forces in the world, North Korea is position 3. It constitutes the military forces of North Korea. Kim Jong-un is the Supreme Commander of the Korean People’s Army and Chairman of the National Defense Commission. The KPA consists of five branches, Ground Force, the Navy, the Air Force, the Strategic Rocket Forces and the Special Operation force. In 1971, Kim II-sung directed that “Military Foundation Day” be changed from 8th February to 25th April, the nominal day of establishment of his anti-Japanese guerilla army in 1932, to recognize the supposedly indigenous Korean origins of the KPA and obscure its Soviet origin. An active arms industry had been developed to produce long-range missiles such as the Rodong-1. Its primary adversaries are the Republic of Korea Armed Forces and United States Forces Korea across the Korean Demilitarized Zone.

In the largest top ten armed forces in the world, India is position 2. It is the military force of the Republic of India. It consists of four professional uniformed services: the Indian Army, Indian Navy, Indian Coast Guard. They are also supported by several paramilitary organizations (Assam Rifles and Special Frontier Force) and various inter-service institutions such as the Strategic Forces Command. The President of India is the Supreme Commander of the Indian Armed Forces. The Indian Armed Forces are under the management of the Ministry of Defense which is led by the Union Cabinet Minister of Defense. With strength of over 1.3 million active personnel, it is world’s 3rd largest military force and the largest standing volunteer army in the world. The armed forces has been engaged in a number of major military operations, including the indo-Pakistani wars of 1947,1965 and 1971, the Portuguese-Indian War, the Sino-Indian War, the 1987 Sino-Indian skirmish, the Kargil war, and the Siachen conflict among others. India honors its armed forces and military personnel annually on Armed Forces Flag day on 7th December. Since 1962, the IAF has maintained close military relations with Russia including cooperative development on programs such as the Fifth Generation Fighter Aircraft (FGFA) and the Multirole Transport Aircraft. The Indian Armed Forces are the world’s largest arms importer with Russia, Israel and to some extent France and United States being the primary foreign suppliers of military equipment. 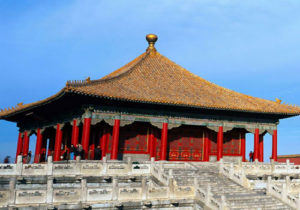 In the largest top ten armed forces of the world, China is position 1. This armed force encompasses the Army, Navy, Air Force and Military Police Force of the Republic of China commonly known as Taiwan. It is a military establishment which accounts for 16.8% of the central budget in the fiscal year of 2003. It was originally the National Revolutionary Army before being renamed as the Republic of China Armed Forces in 1947 due to the implementation of the Constitution of the Republic of China. The military’s primary mission was to retake mainland China from the communist People’s Republic of China through the Project National Glory. The military’s current foremost mission is the defense of the islands of Taiwan, Penghu, Quemoy and Matsu against a possible military invasion by the People’s Liberation Army of the People’s Republic of China which is seen as the predominant threat to ROC in the ongoing dispute over the political status of Taiwan.