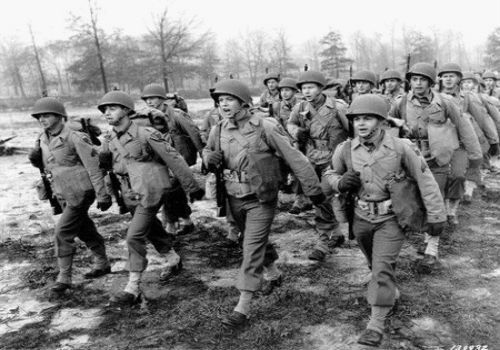 They always say that we wouldn’t be here today if things in the past wouldn’t have happened. Many events, battles, wars and even natural calamities have helped shape the world today, regardless of how much sacrifice and hard work had to be made. Ideas were changed, lifestyles were changed, The United Nations was formed, among many more others. On a simpler metaphor, much like iPads, laptops, cellphones and smartphones we have today, we actually wouldn’t have them right now if the electricity was never invented, nor the computer, or the microchip; none of that at all. Space exploration wouldn’t be possible without the invention of the Wright Brothers, or the invention of the supercomputer. Famine would have overcome the world if it weren’t for the developments in agriculture. Although most of these events weren’t exactly fortunate events to various parts of the world, we’re still thankful that it happened, else all the technology and culture we would have today would cease to exist. In this list, we take some time to honor and give a tribute to the bittersweet events that had happened in the past that wrote the history of the world. Here are the top ten events that wrote the history of the world today: 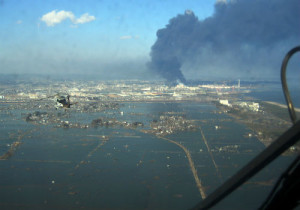 The word tsunami is no longer a stranger in the man’s vocabulary. Tsunamis have been here long before we have and we’ve all more or less learned how to cope with the unfortunate event. Much like the story of Noah and the Ark or The Great Flood, a Tsunami represent something more than a tragic but essential event – oceanic flood generated by earthquakes from underwater. The worst tsunami to ever happen in the world was on December 26, 2004 where the tsunami came from the Indian Ocean. Originating from Indonesia, the tsunami flooded a few islands from Indonesia, Sri Lanka and the Andaman & Nicobar Islands. Indira Point, the supposed southernmost tip of India, no longer exists. 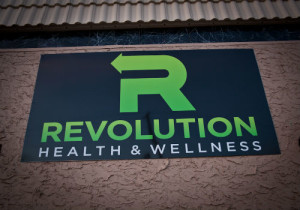 The medical revolution is one event that greatly affects us in current times. I’m sure everyone’s thankful for this life changing event in the world’s history. Discovering that Penicillin can be used as an antibiotic is still one of the greatest of all medical discoveries, leading to a large figure in the reduction of the human mortality rate. The discovery led to a series of other discoveries that have greatly changed the lives of many men. Louis Pasteur, as well, contributed a great lot to the medical revolution by discovering vaccines against illnesses and diseases. Man wouldn’t have existed until today if it weren’t for the greatest medical discovery in this revolutionary era. 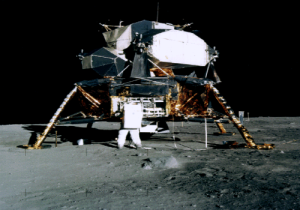 The Apollo mission has definitely been one of history’s most important events. Obviously, the mission paved the way for many other studies about the universe and other beings in it. If it weren’t for the Apollo mission, there wouldn’t have been “a giant leap for mankind.” The Apollo Mission was commissioned by NASA and the vessel called the Apollo 11 was the first ever to put man on the surface of the moon. The Apollo mission was more than just a scientific revolution, but also an introduction to greater impacts. Space exploration has been greater than ever if it weren’t for this mission. 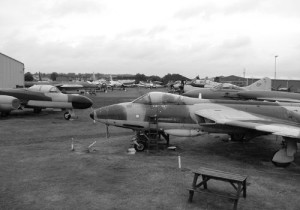 The Cold War was one of the aftermaths of World War II, but had its own implications. It was a period of tension between the United States and the Soviet Union. Thankfully, there was no active warfare, although the cold war led to the Korean and Vietnam wars. The world was on the verge of a nuclear warfare because of the Cuban missile crisis. This war also caused the drift between the relationship of the Soviet Union and China. The end of the war came during the fall of the Berlin wall and the nuclear disarmament of nations. Scientific advancements during this period have been revolutionary due to its impact on the development of microwave integrated units, advanced satellite communication and GPS to name a few. It was because of the Cold War that America also emerged as a pioneer of peace-keeping nations. 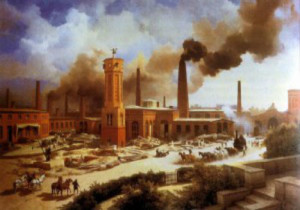 It was in the era of the industrial revolution that many machines or technologies, as they would probably have been referred to back then, were invented, including the printing press, textile making machines, steam engines, among others. This revolutionary period was somewhere between 1760 to somewhere between 1820 and 1840. Given that the industrial revolution lasted over a century, this event truly had a remarkable change in socio-economic conditions of the masses in a drastic manner. It was during this time that field or roads and railways were also invented – think the Will Smith in the Wild Wild West. Radio and telegraphs were also invented during this era, which paved a new way for communications. 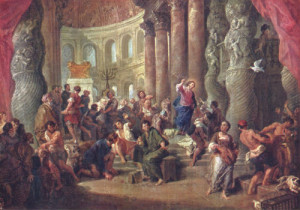 Believe it or not, Christianity is a relatively young religion compared to others. Its roots are from Jewish and Paganism religions. The birth of Jesus Christ was a big event not only in the history of the religion itself, but it also changed how we viewed the timeline of the world, hence BC (Before Christ) and AD (Anno Domini). Christianity continuously guides and inspires the lifestyles of many people, especially families that live in pre-dominant Christian communities by giving importance to the sanctity of life and embedding values and principles to many people. The birth of Christianity also played a big role in ending slavery and human sacrifices back in the day. Christianity not only gave birth to a religion, but also to a different kind of culture, inspiring various types of arts like sculptures, paintings and literature.

4. THE BIRTH OF ISLAM 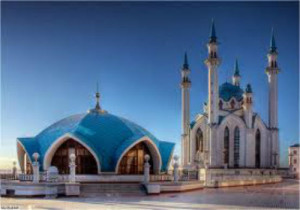 Islam is one of the great religions of the world. Through the journey from Mecca to Medina by Prophet Muhammad, Islam instantly spread overnight. Like the birth of Christianity, Islam also paved a way for several achievements in the fields of art and science. It was a bridge of knowledge between the East and the West. Many discoveries were made by this birth, including the pinhole camera and the Mariner’s compass – these wouldn’t have been possible if it weren’t for Islamic inventors that gave a new outlook to the use of everyday science. Islam proceeded to spread a message of peace, tolerance, equality and justice. 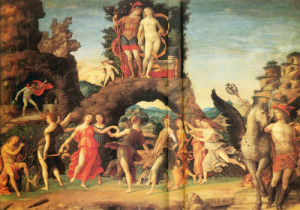 As many know, the renaissance period was an era of cultural rebirth of Europe after many deaths cause by the Black Plague or Black Death. It was during this period that explorers like Columbus changed their way of looking at maps, and led to the discovery of new worlds and civilizations. At this time, it was apparent that knowledge already had no limitations, and books on poetry, travel and almanacs had helped spread further knowledge to several individuals. The renaissance period gave the world the greatest artists known to man, namely Picasso, Da Vinci, and Michelangelo to name a few. Even today, no era has been as extravagant in terms of knowledge and creativity as the renaissance period. The cultural breakthrough of this era has enriched the world in more ways than one can imagine. Hearing about the world war today wouldn’t surprise anyone, although, back in the day, nations and even people wouldn’t have known what to expect. The number of casualties involved in the First World War are about 37 million, affecting drastic political, social and economic changes in Europe, Asia, Africa and a lot of other nations. One of the greatest impacts was turning Germany and the UK into mass electoral democracies, while other empires collapsed after the war. This occurrence also triggered The Russian Revolution of 1917. Several advancements were made during the war including the discovery of four-wheel drive and the hydrophone. This was cause a sudden drift in the field of arts. The League of Nations was formed as a peacekeeping organization, but sadly failed. The Treaty of Versailles was strong enough to spur the inception of another war. 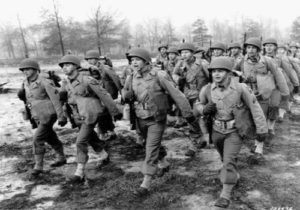 Probably the most famous war known to mankind, the Second World War clearly created a lot of bloodshed and sparked rage among many nations. World War II began from the dictatorship of Hitler and Mussolini, who wanted to eradicate Jews and anyone else associated with them, causing the great Holocaust through the use of the Nazis. The war ended with the downfall of great nations, as well as the rise of new world powers. Social structure drastically changed, and men and women learned to enjoy equality between sexes in social and economic matters. It was because of this war that the United Nations was founded to keep world peace. Scientific developments were made by both the Nazis and Americans including the atomic bomb, rockets, missiles, nuclear power, and other life-changing inventions. Indian Independence came through because of the weakening of the UK. Russia was no longer a world power, as it was taken by America.