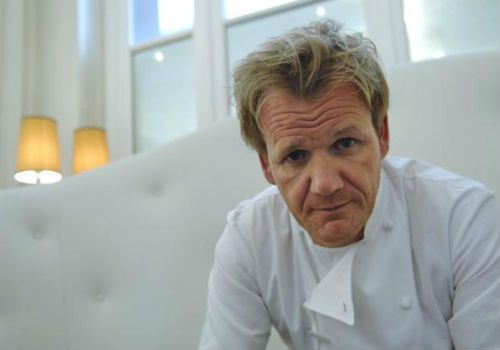 Top 10 best chef in the world

They say any work bears fruit but it is only the work of the determined soul that brings forth a huge harvest. That is why chefs are earning millions of shillings in the job that they are doing. The Forbes top chefs are not just ranked at the top because of the food that they cook but because of the shows that they host, the networks and apart from that, the fact that they star in television shows. This ranking was reached at when they gathered information from food consultants, owners of restaurants and analysts from industries. So the chefs have been bright enough to entice their profession. Though they are known to be at each other’s neck because of the competition, they are described as being dramatic and impressive. Staying at the top is not easy for these top chefs so for them to be there often, they have to attend refresher courses where they learn new ways and approaches to cooking. Since times are changing chefs too have to abreast with the new changes. 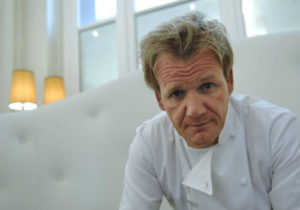 In the top ten ranking, Gordon Ramsay is position one. Ramsay is a Scottish who was brought up in Stratford-upon-Avon England. He is where he is because he trained with one of the world’s greatest chef. He is known for his dining restaurants that are superb and also the pubs that are high class. His T.V talk shows are famous because of his shouts and curses. When he hosts ‘The Hell’s Kitchen’ and Master Chef he evokes tempers by his rudeness and shouts. He does not tolerate laziness and stupidity and can tell one off. He is one man who managed to make prisoners become chefs. He owns 23 restaurants around the world a proof that he is very aggressive. He is busy expanding; he has just opened a steak restaurant at a casino in Paris and Fat Cow in Los Angeles. He is in both T.V talk shows and Restaurant business and has won very many awards. No wonder he is able to stay at the top. 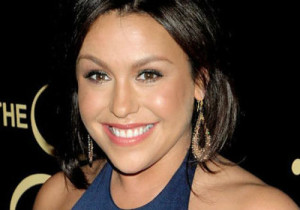 In the top ten ranking, Rachael Ray is ranked as number two. She began her career with featuring in Food Network shows like $40 A Day and 30 Minute Meals. She is a bit unique because she doesn’t own a restaurant but has been boosted by her talk show, magazine and 20 cookbooks that have her label. Her success has been as a result of being mentored by Oprah. Though she grew up in a family known to culinary tradition and got exposed to many cooking techniques, she still had to cling to talk shows and we are told that is what has made her be top two position. She has a lifestyle brand. Her cookbook became a best seller and her magazine is selling. She has pots and pans that bear her signature and fans rush to buy them. They adore anything that is her. 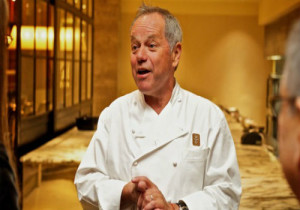 In the top ten ranking, Wolf Gang Puck is ranked as number three. He is 64 years old and still going strong. He is a chef, restaurateur, businessman and an actor at times. We are told that he appreciates his mother who taught him how to cook and without this he would not be the person he is today. After working for two years at LaTour, he proceeded to Los Angeles where he became chef and owner of Ma Maison Restaurant. He is very hard working and after fifteen years together with Lazaroff opened a restaurant in Beverly Hills which won an award. From there he has not looked behind and has continued to prosper. Right now he is a proud owner of companies; 20 fine dining restaurants, premium catering services, more than 80 Wolfgang pucks express operations and kitchens, cook books and canned foods. He also acts in Movies and features in T.V shows. 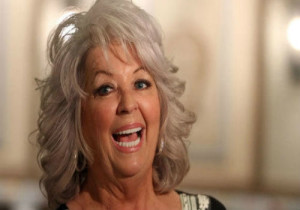 In the top ten ranking, Paula Deen is ranked as number four. She is the recent star in the cable channel. She has been bright enough to enter into a 3 year deal with Novo Nordisk for diabetes drug maker. Apart from that she has partnered with many companies, she partnered with Wal-Mart to make baked foods, smith fields for making hams, Harrah’s to promote her restaurants at casinos and Springer Mountain Chickens. This she did in order to advertise herself. She has also produced a cooking bible. She is also a fun lady and does not miss an opportunity when it presents itself therefore she goes on cuisines with her friends. She was nominated the other day for an Emmy award for her efforts in ‘Paula’s Best Dishes’ 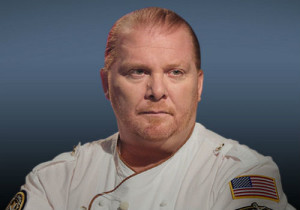 In the top ten ranking, Mario Batali is ranked as number five. He is an American chef, a writer, restaurateur and a media personality. This is what made him to be in the top ten positions. He started off by washing dishes when he was in college and at 27 years, became the highest paid young chef. He was also in Food Network and appeared in Iron Chef America. He knows the history and culture of the Italian cuisine. He co-owns restaurants all over US and Asia. His signature clothing line of shorts and orange crocs is unique and has made him stand out. He realized that talk shows were booming business and that is why in 2011 he came up with another network talk show,’ The Chew’ though there are other chefs featuring in it, he is the host and the master of ceremony. 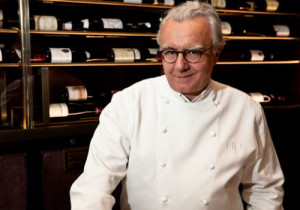 In the top ten ranking, Alain is ranked number six. He began as an apprentice at the Pavillion Landais Restaurant. He owns so many restaurants among them being Alain Ducasse at the Dorchester and this restaurant is at the top. In 1980 he changed the Kitchen at L’amandier in Mougins with his delicious cuisine that he bagged position one. What he does that is different from the other is that he honours tradition and therefore maintains it in his restaurants though he modernizes it so that it still has the sweet taste. He has style this is evident from the flora and fauna that covers his restaurant. He also has a passion for chocolate where he explores with different flavours and aroma. His chocolates are one of the best 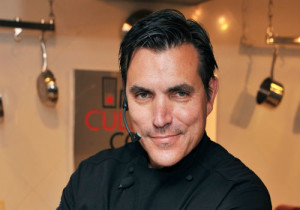 In the top ten ranking, he is placed seventh. Todd English is a restaurateur, author, entrepreneur and T.V personality. So you see these chefs are not just making it to the top because of their cooking, but they have decided to do some other things and this is what makes them cut a niche above the rest. He is based in Boston Massachusetts where his restaurant Olives named after his first wife is thriving. He also has a T.V talking show ‘Food Trip with Todd English’. Apart from cooking he has also judged in a show, ‘Cooking under Fire’. He is also the lead chef in Delta Air Lines. He owns other restaurants too. Though he works hard he could not fail to get a bard when he abandoned his bride to be at the altar but that did not dampen his spirit. His restaurant serves sushi and Panini among others and says that he likes restaurants that offer fresh, fruits, vegetables and sea cuisines. He advocates for a market-style eating which to him is an ambience on its own. 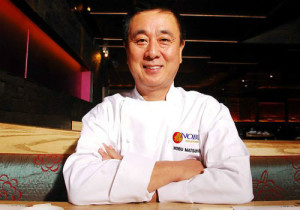 In the top ten ranking, he is placed number eight. Nobu Matuhisa became a chef right from the moment he dreamt of being a sushi chef. That was when he was 12 years when his brother took him to the first sushi restaurant. Being a young boy, he was mesmerized by the chefs and swore that he would be a sushi chef. His dream came true because of his hard work and determination and also of his good friend Robert De Niro whom together helped build an empire of sushi restaurants. The first bold step that he took to leave with his friend to Peru and open a restaurant there when he was 24 years is what has made him be where he is. His Japanese restaurants are world known for his creative new style cuisine with a number of celebrities who visit the restaurants and this I think is what has made Nobu Matsuhisa be among the top ten. He owns 22 restaurants around the world and he makes sure he visits them frequently. 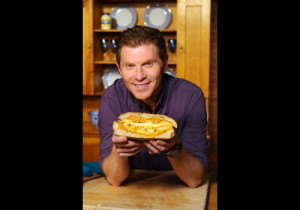 In the top ten ranking he is placed number nine. Bobby Flay has made it there because of his shows on Food Network star. Though some critiques feel that there are others who do well on T.V shows yet they do not make it to the top list. People like Bobby know how to do it. For example for his recipe to return home is just simple yet so good. Bobby makes chicken and cheese burger. These are simple yet so tasty. Bobby is a restaurateur, television star and a competitive chef. Having started cooking when he was seventeen, Bobby has been there long enough to know the heart of the game. He feels those who criticize him are jealous of the fact that he is a chef and again has a T.V food channel. 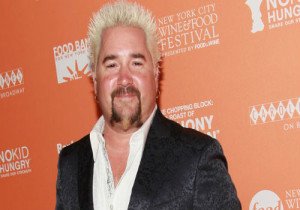 In the top ten ranking, he is placed number ten after a very competitive fight with the other chefs, Andrew Zimmern feels he does not deserve to be there. That there are other chefs who are better. One would wonder why Guy Fieri receives so many barbs. Recently Pete Wells reviews made people visit his restaurant at Times square instead of ignoring it. But their curiosity was to come and see whether his 500 seat restaurant was the way Pete had described it. Guy Fieri has managed to be at the top ten list because of his Food Network’s Star show and taking part in ‘Guy’s Big Bite’ and having won the second season of Food Network Star in 2006