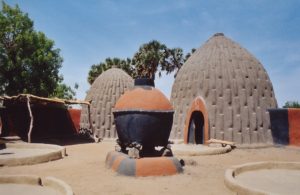 Cameroon is located in junction of Westand central Africa which is surrounded by borders of Nigeria to west, Chad to northeast and republic of Congo to south. Cameroon is known as Africa in miniature with French and English speaking portions