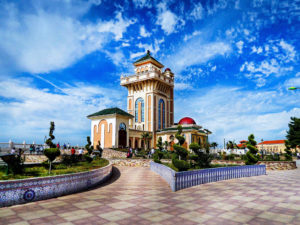 Uganda is a landlocked country which is situated in east Africa and the southern part of the country includes lake victoria shared with Kenya and Tanzania  and also the country lies across the equator dividing into three areas namely swampy lowlands, fertile plateau and desert region