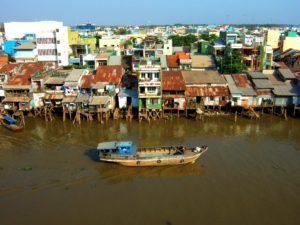 Vietnam is located in the Southeast Asia on eastern edge of peninsula and it is known as Indochina, it is surrounded by china to the north and Laos and Cambodia to west. Mainly the people live in the river delta regions of north and south with green rice fields