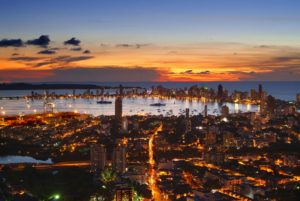 Colombia is named as gateway to South America because the north-western part of the continent connects with central and North America and it’s the fifth largest country in Latin America which also shares the border with Panama to northwest, Venezuela to east and Ecuador to south