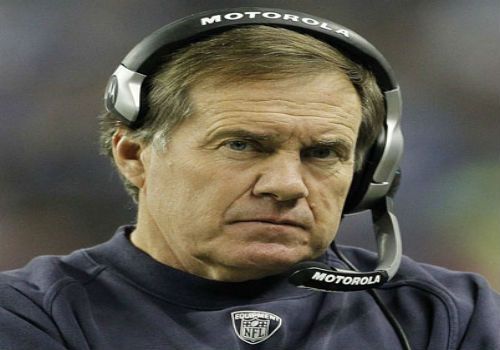 National Football League teams would never be successful if it weren’t for their coaches. Each coach have their own style, their own techniques, their own methods in keeping a team together as on, united, and executing great team work. There have been many top coaches who have been very helpful, and have been considered as an icon in the world of football; coaches who have done so much work to put not just their teams in the top positions but also trained NFL players who have gone to make it in the Pro Football Hall of Fame. Sometimes, we forget to give them the credit because we are focusing too much attention on the star players not knowing that what created them and made them as great as they are should be credited as well. Here are the top coaches of the NFL for the year 2013. 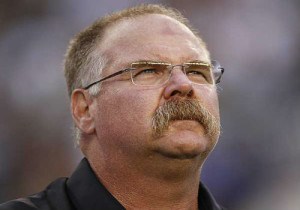 Andrew Walter Reid is the current head coach of the Kansas City Chiefs. Before he became the head coach for the Chiefs, he served as the head coach for the Philadelphia Eagles from year 1999-2012, and as the team’s vice-president of football operations, and general manager. He led the Eagles to win five NFC Championships, and led them to appear in the Super Bowl XXXIX only to lose against the New England Patriots. He was fired by the Eagles team owner, and then signed a contract with the Chiefs to become their head coach earlier this year. During the September game against his old team, Philadelphia Eagles, the crown gave him standing O when he walked in the field before the start of the game. The Chiefs then won against the eagles, and the team gave him a Gatorade shower for the win. 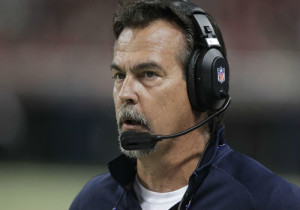 Jeffrey Michael Fisher played professional football before he started his career as a coach. He played college football in USC, and was honored as a Pac-10 All-Academic selection. He then made his debut in NFL on year 1981 with the Chicago Bears. He had an ankle injury which then led to him ending his playing career so early. He then went to being a coach in different teams. At age 30, he was promoted as defensive coordinator, making him the youngest such coach in the NFL. After he parted ways with the Tennessee Titans, he then went on to become head coach for the St. Louis Rams. Jeff Fisher is the longest tenured NFL head coach with one team amongst all active NFL coaches, with a total of 16 full seasons. 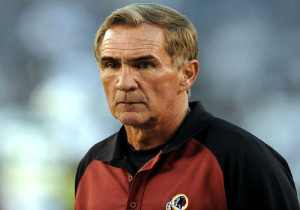 Michael Edward Shanahan is the current head coach and the vice-president of football operations for the Washington Redskins. Before he has worked with the Redskins, Shanahan has served as head coach for the Denver Broncos, leading them to win a total of two Super Bowls, year 1997 and 1998. Mike Shanahan was once a football player. He played when he was still in high school, and also when he was in college. During practice, he took a hard hit, which caused his kidney to rupture, making his heart stop for thirty seconds nearly killing him. This incident ended his football career, and so he went on to become a coach. His first three times circulated mostly on Shanahan being in misunderstanding and arguments with fellow coaches. On year 2010, He then signed a $35million, five year contract as head coach for the Washington Redskins. 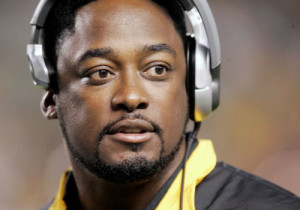 Michael Tomlin is the current head coach of the Pittsburgh Steelers. At age 41 years old, he is the third youngest coach in the four major professional sports of the North America. There are only a few of them African-Americans who have become head coaches in the NFL. Tomlin is the tenth African-American coach in the history of NFL, and the first African-American head coach for the Steelers. On February 2009, the Steelers won Super Bowl XLIII against the Arizona Cardinals, making Tomlin again, the youngest head coach to lead his team to win a Super Bowl. On year 2008, Mike Tomlin received the Motorola Coach of the Year Award. Mike Tomlin aside from being a very successful coach, he has also become popular because of his close resemblance to the actor Omar Epps. 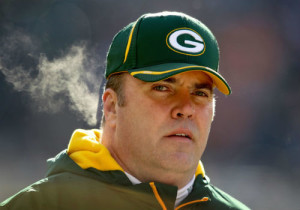 The third “Mike” in the bunch is none other than Michael John McCarthy, the current head coach of the Green Bay Packers. McCarthy was born and raised by his firefighter, police, and bar owner father in Pittsburgh, and as a Pittsburgh Steelers fan. He went to Baker University in Kansas, and played as a tight end for the football team. In the NFL, he served as offensive quality control assistant, and quarterbacks’ coach for the Kansas City Chiefs. He also served as offensive coordinator for the New Orleans Saints which earned him an NFC Assistant Coach of the Year Award given by the USA Today. He has trained several successful NFL players such as Aaron Brooks, Joe Horn, and Deuce McAllister. After working with the Saints, he worked as offensive coordinator for the San Francisco 49ers, and finally as head coach for the Green Bay Packers. In his leadership, he led the team to win the Super Bowl XLV. 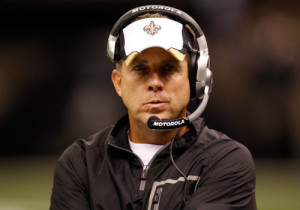 Patrick Sean Payton is the current head coach of the New Orleans Saints. Payton has been well exposed to football all his life, being a player from high school, college, and in the NFL. He went on to pursue a career in coaching. He started off as offensive assistant for the San Diego State University, took assistant coaching positions for college teams, and then for the NFL teams. On year 2006, he signed a contract with the New Orleans Saints as their new head coach. He is one of the most controversial coaches in the NFL as he was involved in the “Bounty Scandal”. Payton was suspended but then reinstated a few days after. In 2006, he was AP NFL Coach of the Year, and in 2009, he led the Saints to win the Super Bowl XLV. Payton is tied up with the Saints for five years, when he signed the contract on year 2012, making him the highest paid coach in the NFL. 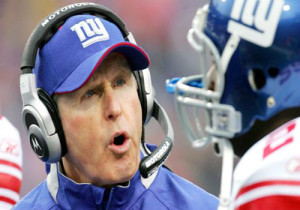 Thomas Richard Coughlin is the current head coach of the New York Giants. He is nicknamed as “Colonel Coughlin” because he is known to be a strict disciplinarian, who is very meticulous when it comes to details. This skill, he learned from former Giants coach Bill Parcells, as he served as assistant coach for him for a long time. Coughlin also played football when he was still in high school and in college. In Bill Parcells tutelage, Coughlin learned all the ropes. He assisted Parcells in winning the team’s Super Bowl XXV. As head coach, he has led the Giants in winning two Super Bowls: Super Bowl XLII, and XLVI. 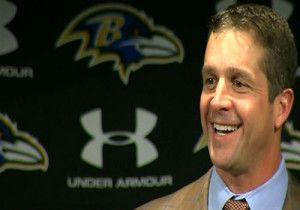 John Harbaugh is the current head coach of the Baltimore Ravens, and is the brother of the San Fracisco 49ers head coach Jim Harbaugh. These two are the first brothers to hold positions as head coaches of different teams in the history of NFL. He first worked as assistant coach for the Philadelphia Eagles, before finally becoming the head coach of the Ravens. Though he wasn’t the team owner’s first choice, John Harbaugh proved his skills and capabilities. He faced his brother Jim during Super Bowl XLVII, and won, making it his first Super Bowl title as head coach. Many football fans dubbed Super Bowl XLVII as “Harbowl” since it was the battle between Harbaughs. 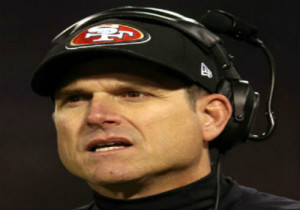 The second Harbaugh in the list is none other than Jim Harbaugh, the younger brother of Baltimore Ravens coach John Harbaugh. Unlike his brother, Jim Harbaugh played professional football and was might successful. He was quarterback for a total of six teams, Chicago Bears, Indianapolis Colts, and Baltimore Ravens being three of the six teams he has played for. His last NFL appearance was in year 2000 for the San Diego Chargers. When he retired, he pursued a career in coaching just like his older brother. He has worked as assistant coach and quarterbacks’ coach, and coach to two collegiate teams before finally being head coach of the San Francisco 49ers on year 2011. He has received major awards both as a player and as coach, but has never won a Super Bowl yet. He is a recipient of the  AP NFL Coach of the Year Award in which he received during his first year as head coach for the 49ers. 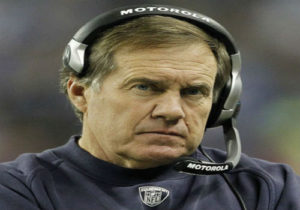 William Stephen Belichick is the current head coach, head of the team’s football operations, and is the team’s general manager. Belichick got his first job in coaching with the Cleveland Browns serving as the teams head coach. However, when he was fired four years after, he never took another job as head coach until year 2000 for the Jets and then finally for the Patriots. In his leadership, he has led the Patriots in appearing into a total of five Super Bowls, winning three of it, Super Bowl XXXVI, XXXVIII, and XXXIX. He is a three time Coach of the Year award recipient for years 2003, 2007, and 2010. To date, Bill Belichick is the longest active head coach in the history of NFL, and is ranked number five in all-time coaching wins in the National Football League.