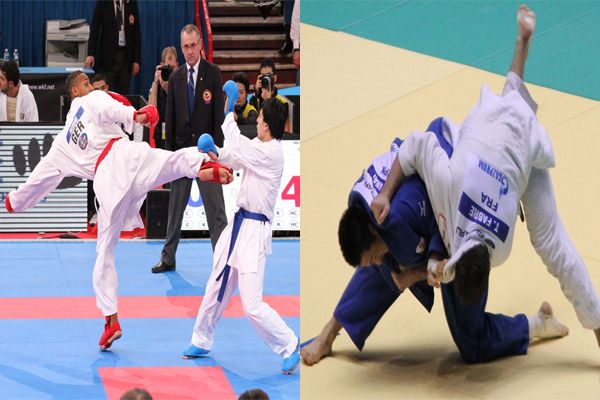 Difference Between Karate vs Judo 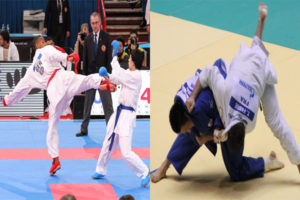 Belonging to the sports and the self-defense category, Karate and Judo locate its origin from Japan. They may have different introductory dates, but they became a phenomenal part of Japanese culture, as part of their way of life.

The main skills involve in Karate is striking the opponent, with the basic weak spots in the body. It is a form of body, hand, and leg contact martial arts, wherein you should always be on the offensive side – attacking your opponent. The word karate mainly means “bare or empty hand,” which is the reason they do not use any material to hit. It was officially known as a kind of martial arts in the 17th century in Okinawa, and became part of life in 1920.

Throwing and redirecting the position of the opponent is part of the basic knowledge in Judo, similar to the western wrestling sport. This needs a balance of your body and the ability to carry the weight – your own weight and that of the opponent. It is a defensive form of martial arts and aimed in tiring down your opponent until he “taps out.” It is known as a soft martial art form with a meaning of “gentle way.”

Following are key Difference Between Karate vs Judo