Hope Solo is one of the most famous and well known soccer players. Solo has been into controversies and issues somehow put a mark on her reputation. But those issues didn’t affect her game instead it makes her more hunger to win the game. With her abundance of big awards and recognition Hope Solo is seen as a legend in this field. Literally, she is playing on the field and most of the time it’s the game lies in her hand. But behind every successful player are histories and experience of hard work and fall out. Interesting things that actually happened and even heard all over the media, but still it is more satisfying if you yourself have read these facts. She makes through a lot along the road. A path that is sometimes bumpy and wavy but with her straightforward thinking Solo always made it through at some point she almost don’t but still she made through. To become one of the leading and the finest goalkeeper in the world Hope Solo have been through allot. This list includes personal and professional experiences both interesting and nice to know the facts.  Here is at the top 10 things you didn’t know about soccer player Hope Solo.

10. HER FATHER LED A TROUBLED LIFE 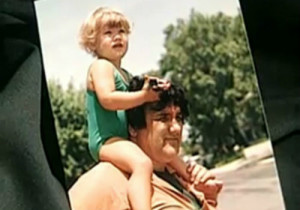 Hope together with her brother Marcus was invited by their father to watch a baseball game in the nearby City of Yakima, about more or less than an hour of driving. Both siblings to watch sports since Hope were taught by her father to play soccer at a very young age.  But instead of going to the game, Hope and Marcus was confused when their father brought them to the west going to Seattle at about three hours or more of driving. They stayed in a comfortable hotel, hope taught it as a vacation at first, but later on she felt that there something wrong. Later on that thought was right; police find them at a bank and arrested her father for kidnapping.

9. SHE RECENTLY TESTED POSITIVE FOR AN ILLEGAL SUBSTANCE

(She was accused of drug addiction) 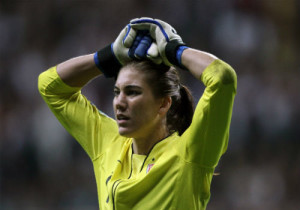 Hope Solo was tested positive for diuretics that basically known for adjusting body fluids from the body. Solo, pleaded that it was an honest mistake, since she was taking a medication for her premenstrual process. Solo wasn’t convicted or banned from Olympics instead a public warning is given. Prohibited drugs can be prescribed or bought over the counter that is why before taking in medication, ask or do a research about the medications you are taking.  A message not only intended for Solo but also for other athletes. Hope also stated that “as someone who believes in clean sports she was glad undergoing the right protocol for situations like this. Hope participated in the investigation as well as the medical process to rule out the diuretics in her body.

8. SHE APPEARED DRUNK ON ‘TODAY’ 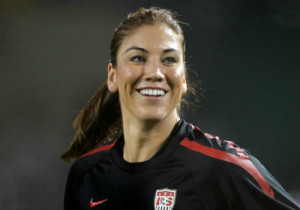 After winning an Olympic gold medal, she said work hard and party hard. That is why Solo together with her famous buddies. The team already had a nice and formal party, with their nice dresses and gowns, but since the night is just starting Solo and her friends to continue their party outside the hall. And when you’re drunk you seem to be less in control but aware. She stated that during that time they even talk to the guards and showed them their gold medals. Everybody does that, when you’re happy you’re proud and somehow a nice and satisfying party will conclude your hard work. But what’s not common is Solo appearing drunk on “Today’s”. Two hours of the party is not enough for athletes take them a sleepless night to get over with the adrenaline of their sports.

7. SHE HAD A STINT ON ‘DANCING WITH THE STARS’ 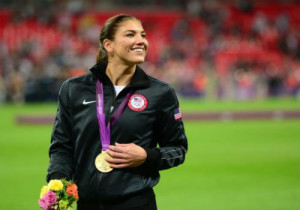 Each person has this you called the other side. Knowing Solo as one of the best athlete in this generation doesn’t separate her of becoming a human. She participated in one of the most famous reality show in the US known as Dancing with the Stars. Everything seems very ok at first; rehearsals and training were done smoothly. Not until her partner Mark Chmerkovskiy manhandled her in rehearsals. It seems like her gentleman friend gone wild and started hurting her during practice. Nobody knows if it was intentional or not, not until Mark explained it to Solo.  “Marks later told me that he had argued with the judges because he had been told we were going to be eliminated, that there was some secret memo going around that said who would be ousted each week” Solo stated these facts on her autobiography Solo: Memoirs of Hope

6. SHE CRITICIZED HER COACH AND GOT BOOTED FROM THE TEAM 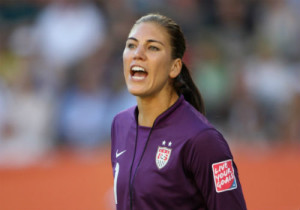 Every athlete only wants the best for their team and most of the time they believe in themselves more than to their coach but with respect of course. During the game Solo initiated that respect not until when their team loses the five women s world cup. Out of disappointment Solo questioned the decision of their coach in an impromptu interview. When you are clouded with emotions, there are words and decisions that should not be made had happened. Solo is known as one of the best goalies in the history of soccer, everybody knows her capability as well as she does what she can do. But at that very moment coach Ryan didn’t see that way he chooses Briana Scurry, who is known for her great performance against Brazil. Because of that incident Solo was booted out from the team.

5. SHE CONTINUED WITH HER OUTSPOKEN WAYS 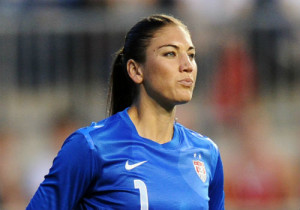 Many athletes would think to leave sports once your team evicted you. Even if Solo is considered as a roster to post-world cup tour, she didn’t attend and play for the tours. Solo was still disappointed that time so even with her rights, Solo chose not to attend to the post-world cup tour. After that, down the hill 2007 experience, the National team of US regrouped and last June 23 it was announced the Solo will be the goalkeeper. Coach Ryan left the team for the reason that his contract was not renewed, Briana Scurry also is not in the team. This time with her experience last year, Solo putted a lot of time and effort in their battle against Brazil in 2008 Olympic. And they’ve won the gold medal, out of happiness Solo went out their friends partying.

4. SHE SUFFERED A SEVERE SHOULDER INJURY

(She suffered injury that almost ended her career)

For a hard working athlete like Hope Solo she suffered from a shoulder injury. It wasn’t something like accident because it was already there. Because of over flexing and extending of her shoulder, her shoulder muscles suffered a lot of strain resulting to a “the Drew Brees injury.” Her articular cartilage was severely damaged until nothing is left; cartilages are the one holding our bone to another. Even if solo undergone various procedure to correct this injury still with her profession it keeps on worsening. Hearing the word “the Drew Brees injury” somehow related to a career-ending. Solo decided to get her arm fix regardless of the outcome, it may have still she hopes for the best. There was allot of changes and considerations made, therapies and training have been restarted. If it was other athletes they would give-up and end up their career, but with Hope Solo she is built with hope and determination.

3. SHE ALMOST DIDN’T BECOME A GOALIE 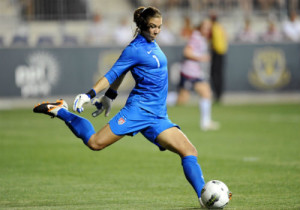 Hope Solo never dreamed of becoming a goalie.  She always wanted to be a field player, “Once I was on the field, I was going to be the best athlete. My competitive nature is deeply inbred. It always takes over. Solo stated this in one of the interview. At the age of fifteen Solo is already part of a soccer team as a forward, but then her coach Carl Wheeler transferred her to a goalkeeper. She always wanted to go back as a field player, and it’s like a new life is thrown into a new window. She learns to accept that the best way to play in the field is to save the team and prevent their opponents from winning.  Is After decades and years of practice and training Hope Solo is now known to be one of the best goalkeeper. 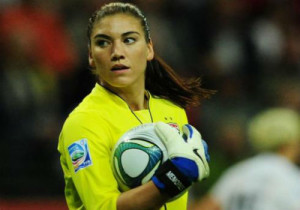 Many sports peoples know Solo as straight forward and outspoken. She says everything in her mind and knows what she wants. Others would take this character as negative, but what’s more exciting is that it works best for the team. Knowing that character her team felt at ease by just seeing her in the Goal area. It seems somehow calm their minds during the game. They were comfortable to play because they know that if they did something wrong or inappropriate Solo will reprimand them. With this it always boosted their confidence and esteem; they were talking to their minds without actually saying the world. That’s what you called team chemistry; most of the team with this chemistry is simply unbeatable. Solo won several of awards like the golden glove and bronze ball.

1. SHE LIVE WITH HER DIVORCED PARENT 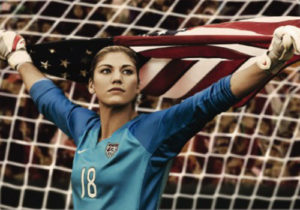 As everyone has a family history, Solo has one dramatic event. She was born in Richland, Washington on July 30, 1981. At age six Solo’s parents was divorced, leading to her living with her mother.  Even if Hope’s parents are divorced, they live a quiet life. Hope was with her mother, but her father also keeps in touch. They were close even if there are discrepancies about their family. Hope never taught that her father would do something that might destroy their relationship, which is trying to hide her and her brother Marcus to their mother. Since the mother has the custody, her father, Jeffrey was arrested for an alleged kidnapping. It helps Solo to be a tough woman, having with a firm decision and judgement.

The Life of Chris Bosh (10 facts about him)