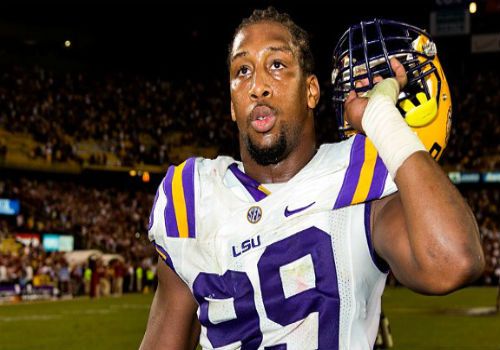 The LSU Tigers, also known as The Fighting Tigers or The Bayou Bengals is an American football team that plays in the NCAA, representing the Louisiana State University, and the Western Division in the Southeastern Conference (SEC). The Tigers ranked as 11th with the most wins in the NCAA history, and ranked as 4th in the SEC history as well. They have won a total of three National Championships, two BCS National Championships Games, and has appeared in the ESPN College GameDay. Below is the list of the top players that have shown exemplary performance in the 2012 season. 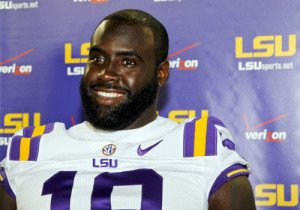 Before he was drafted in the 2013 NFL draft pick by the Philadelphia Eagles, Logan has played for the LSU Tigers from year 2009 until 2012 in his college years, and for the Red River team from Los Angeles when he was still in high school. He was named All-American my Pro Football Weekly on year 2012, and then later decided that he would go on to play in National Football League. 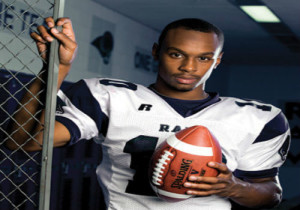 Before he became part of the team, Shepard played during his high school years in Houston Texas, Cypress Ridge. He then accepted a scholarship from Louisiana State University with the hopes that he would further improve his skills as a football player, believing he would get a shot at becoming a quarterback. He was mostly compared to professional football player Reggie Bush, as most of his teammates in USC would say. He then went on made his debut in NFL with the Philadelphia Eagles, and now currently playing for the Tampa Bay Buccaneers as their wide receiver. 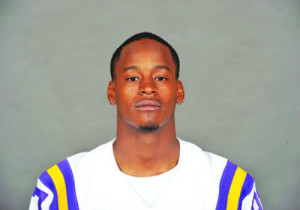 Tharold Dwight Simon played football in high school for Los Angeles Eunice Highschool Battling Bobcats. He was offered with an athletic scholarship by LSU which he accepted. He played college football for them from years 2010 until 2012. When he reached his junior year, he decided to play pro, and was then drafted by the Seattle Seahawks during the 2013 NFL draft pick. 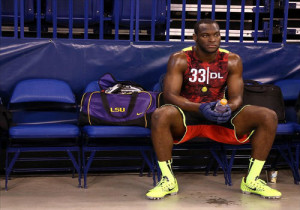 Barkevious Levon Mingo played for the West Monroe Rebels when he was still in high school, wherein he was a four-star college recruiting project, and played in the U.S. Army All-American Bowl. In college, he played for the LSU Tigers and was selected two times in the All-Sec games, and led the Tigers to 12 quarterback hurries. He was then drafted by the Cleveland Browns as the sixth overall pick during the first round of the 2013 NFL draft pick. 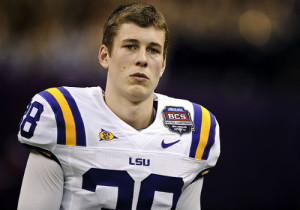 Brad Thomas Wing was born Australian, and played football for the Baton Rogue Parkview Baptist as an exchange student where he was then named All-state. He accepted an athletic scholarship from LSU. Because he didn’t know much about American football, he didn’t know who Coach Les Miles was. During Coach Les Miles visit in his recruit, Wing had to be told who Les Miles was. Brad Wing is the first ever college player to have been penalized with a new rule regarding on-field punting. After the 2012 season, he announced that he would play in the NFL. He wasn’t drafted during the 2013 NFL draft, but the Philadelphia Eagles signed him against Donnie Jones, he was then released on August. 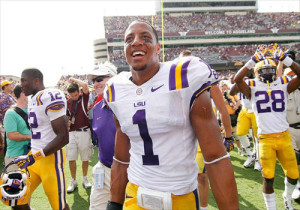 Eric Todd Reid played football when he was still in high school for the Dutchtown Griffins. He later enrolled in Louisiana State University and became part of the LSU Tigers. During his first year with the Tigers, he was already a starter. Eric Reid was then named a consensus All-American during his junior year, receiving honors given by the American Football Coaches Association, Walter Camp Football Foundation, and Sports Illustrated. After his last season with the Tigers, he announced that he will play pro football. He was then drafted by the San Francisco 49ers during the 2013 NFL draft pick, the 18th overall pick during the first round. 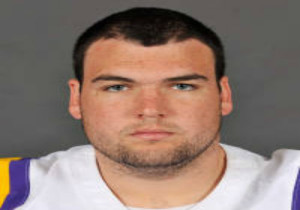 Alex Cordell Hurst played for the Arlington High in Tennessee. During his high school years, he played in the SuperPrep All-Dixie Team and attended the Les Miles Football camp in 2007 and wowed the coaches. He then attended Louisiana State University in college, and played for the Tigers, he attended a total of 41 games, 30 of which he was a starter, and was selected in the 2011 All-SEC conference. 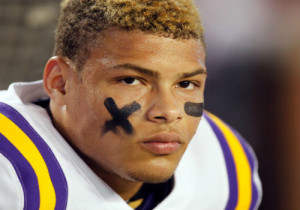 Tyrann Devin Mathieu accepted his college scholarship from the LSU and played for the Tigers from year 2010 until 2011. He was one of the greatest players of the Tigers but was dismissed during year 2012 by head coach Les Miles because of failing drug tests repeatedly. During his stay with the Tigers, he honored consensus All-American, first team All-SEC, won SEC defensive player of the year, and MVP in 2011, recipient of the Chuck Bednarik Award, Cotton Bowl Defensive MVP award, and is also a Heisman Fonalist. On 2013, he was then signed by the Arizona Cardinals as the 69th pick during the third round of the 2013 NFL draft. 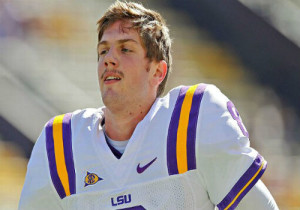 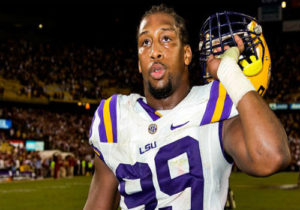 Sidney Sammual Montgomery played for the Greenwood Eagles when he was still high school. He attended Louisiana State University and played for the Tigers form year 2010 until 2012. When he was still a sophomore, he was honored All-American by the Football Writers Association of America, along with Pro-Football Weekly and Scout.com. In year 2011 and 2012, he was first selection of the All-SEC. On 2013, he was drafted by the Houston Texans as their 95th pick during the third round of the 2013 NFL draft. He was then dismissed by the Texans on October prior to their game in Kansas City because due to violating team rules.