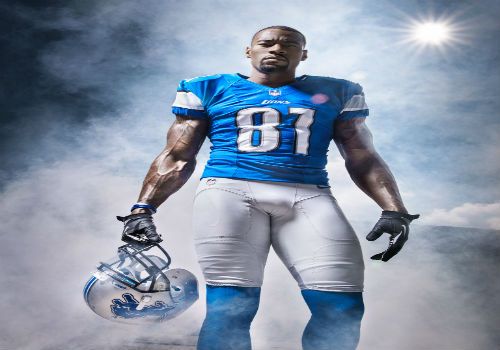 Calvin Johnson, also known in the football world as “Megatron”, is am American professional football player who had his debut in NFL on year 2007, playing for the Detroit Lions. He played football when he was in college, playing for his school, Georgia Tech. Because of his outstanding performance, he was named All-American two times. He was chosen by the Lions as the team’s second draft pick during the 2007 NFL Draft. Last year, he extended his stay with the Lions, closing a $132 million contract, the most expensive contract in sports ever. Despite his big size, he has a perfect combination of speed, strength, leaping ability, and proper body control, and great hand-eye coordination. Over the years, he has received major awards as product of his outstanding performance on the field. Let’s have a look on his achievements. 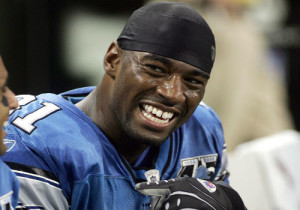 After playing for the Detroit Lions for three years, seeing his performance, he was then selected to play for his first ever Pro-Bowl game. He later went on to play Pro-Bowl for the next three consecutive years. In the same year, after the season, he received the Media-Friendly Good Guy Award. 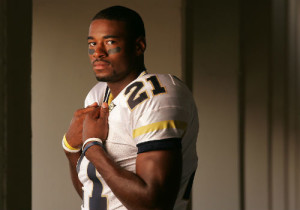 The highlights of his super stardom in football started in 2010. Following his first Pro-Bowl, Calvin Johnson went on to play his very first All-Pro game. He was selected in the 2010 All-Pro second team. Proving his worth, he then went on to play All-Pro for the next two years, but in that time, he was no longer in the second team, but in the first.

8. LEADER OF THE NFL YARDS RECEIVER 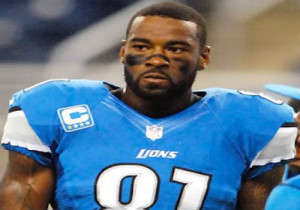 7. NFL RECORD MOST RECEIVING YARDS IN ONE SEASON 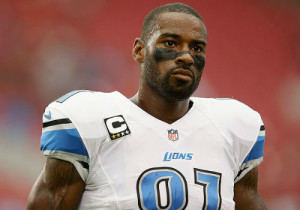 By the 2012 season, Calvin Johnson did more than just outshining his own performance in the last season. He broke the record of the highest receiving yards achieved by a single player in a single season. The start of the season started with Johnson breaking most records held by known NFL players such as Pat Studstill, and Jerry Rice. But to the surprise of many, and though the team never won the Super Bowl, by the end of the season, he finished it with 1,964 receiving yards, making it the highest record ever to be held by an NFL player, achieved in a single season. 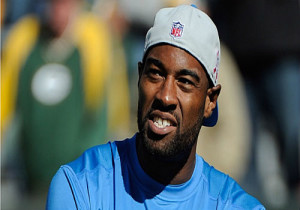 As a freshman in Georgia Institute of Technology, Johnson had already started to show greatness. By the time he was a sophomore, he was then honored First Team All-American. By his junior year, he was again unanimously honored another Frist Team All-American. 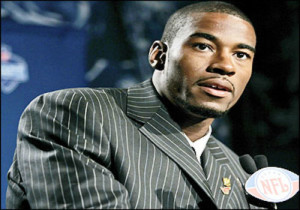 His success in his college football career paved the way for Calvin Johnson to be able to become the second draft pick in the 2007 NFL draft. A year before he was honored First Team All-American, which was in his freshman year; he was part of the First Team All-Atlantic Coast Conference (ACC). He went on to achieve this for three consecutive years, until his junior year in college.

4. ACC PLAYER OF THE YEAR 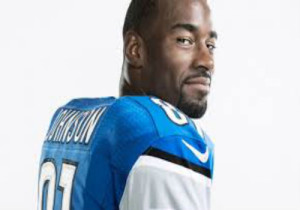 By 2006, Calvin Johnson was already in his junior year, he received the ACC Player of the Year award, on his third consecutive year as a First Team All-ACC selection. 2006 was the best year for Johnson as it was the year in his college life that he received so many awards, and this was just one of the many. 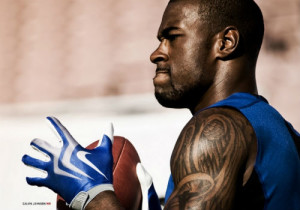 The Fred Biletnikoff award was first started in year 1994. It is given to the best college football receiver. The one who selects the receiver of this award are the journalists, sports commentators, sports broadcasters, and former players as well. Calvin Johnson won this award in the same year he received his ACC Player of the Year Award, his third consecutive year as First Team All-ACC, and his second All-American recognition. In that season, Johnson achieved a total of 1,202 yards, 76 catches, and 15 touchdowns. 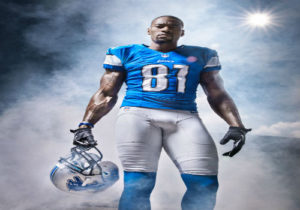 The Paul Warfield Trophy is created by The Touchdown Club of Columbus. This trophy is awarded to the best American football wide receiver. Calvin Johnson was one of the 22 receivers of this trophy, given to him on his most triumphant year in college, 2006. He was also a candidate for the Heisman Trophy but he only finished tenth in the voting. He however won both Biletnikoff Award and the Paul Warfield Trophy. 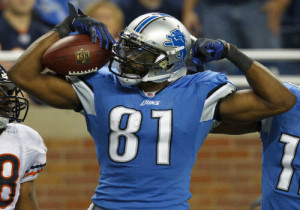 Adding to his many awards in his most triumphant year ever, the year 2006, is his candidacy as recipient of the Heisman Trophy. The Heisman Trophy was created on 1935 by the Heisman Trophy Trust. This award is given to the most outstanding college football player. Votes for this awards are made by sports journalist, football fans, and previous recipients of the award itself. No matter what position they hold, every college football players can be a candidate as long as they deliver an exemplary performance. Most recipients happen to be seniors, and when Johnson was nominated, he was still a junior. In the end, he finished in the 10th place, and that year, the award went to the Ohio State Quarterback, Troy Smith.