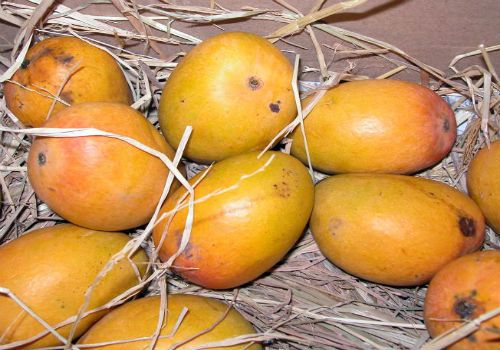 What are the different types of famous mango varieties?

Similar to apples the mangoes are classified into different types based on their tasts or texture or flavour. The mango is not much popular in western as much it is popular in the eastern especially in asian continent. India is the world’s largest exporter of mangoes and they cultivate mango ever since 4000 years ago. The mango tree is a the national tree of Bangladesh and it is the national fruit of Philipines. The mango has good proportion of anti-oxidant properties, vitamins, minerals and other nutrients. Below are the top 10 mango types and varieties: 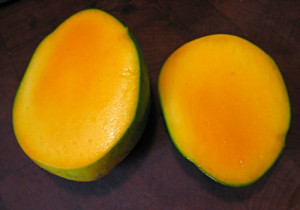 The harvest time for Keitt mangoes are during the late season mango cultivar of June and September. Due to its taste and other beneficial properties, this type of mango is regarded as one of the most superior kinds of mango. Mostly grown in Miami, the origins of this mango can be traced back to the southern parts of Florida. It has a disease resistant quality that makes it easy to be shipped around the world. Its skin normally has a green color with red blushes. It’s the most superior in terms of taste, and contains minimal fiber. This type of mango is competitively larger than most varieties, which makes it all the more commercially available. 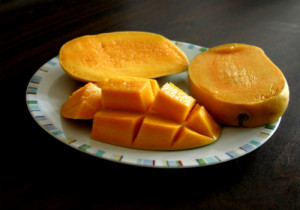 Primarily grown in the Indian state of Gujarat, the Kesar mango has a round shape and usually small in size. It has a sweet taste which makes it the second most imported type of mango. It normally has a dull skin, with patches of yellow. Kesar has a nice fragrance with a smooth fiberless texture which also makes it one of the most favorite types of mango in the world. Its harvest time is from mid-June to July. Its good processing quality makes it a usual in the most commercial mangoes in the world, along with the Keitt variety of mango. 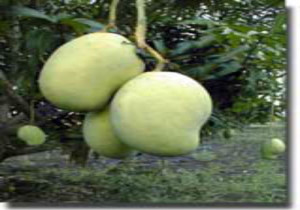 The Madame Francique is popular by the name of Dessert Mango as it is commonly used for desserts. Cultivated in Haiti, this mango is harvested during the months of September and October, with a ripening season of June to July. The Madame Francique comes in a variety of colors, ranging from light green, to orange, to slightly yellow. It carries a rich, sweet and spicy taste which attributes to its best-selling factor. The tree of the Madame Francique variety of mango is one of the most popular trees in Haiti, and is considered one of the best Caribbean mango variety.

This national fruit of Pakistan grows mostly in the area of Sindh. The Sindhri variety of mango can be compared much to a banana, due to having an elongated shape and a pointed curve. It’s also known as the Honey Mango because of its intense sweet taste and flavor. The flesh is soft that melts very quickly. This causes the mango to have the inability to be stored for a long period of time and must be eaten within 3 days, unlike most mangoes who have a long shelf life. The Sindhri type of mango is harvested during June to July. Unlike the previous types of mangoes, the Sindhri doesn’t possess any spot on its color, but rather has a uniform color. 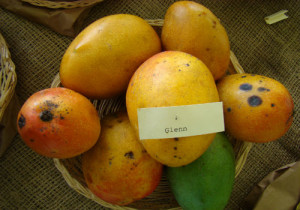 Glenn is one of the most sought after and top varieties of mangoes in the world due to its sweet but tangy and rich, silky, peachy flavor. Unlike the usual perception of mango, it doesn’t carry any color close to yellow or green, but instead is a little red or pinkish in color. Glenn is most grown in Florida, much like the Keitt variety. The Glenn variety, on the other hand, has a disease tolerable ability, with a sweet and exotic aroma. The taste is the main attribute of the Glenn that makes it another favorite type of mango. The harvest time is late May to early October, making it available between the months of late May to June. 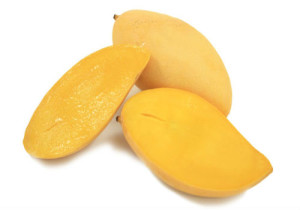 The Nam Dok Mai has a golden yellow color, hence the fruit being referred to as the Golden Mango. The fiberless texture and sweet, juicy and aromatic flavor is precisely why it’s in the number five spot of this list. Mostly grown in Thailand during the months of June and July, and harvested during late May to early October makes it the most commonly eaten mango variety in the said country. The Nam Dok Mai has secured a spot in the list due to its exceptional eating quality and its visual aspect. This type of mango is one of the best known mangoes which are grown in deserts. 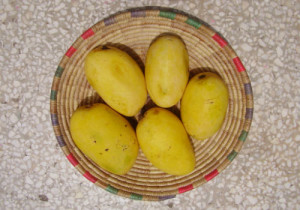 Another variety from Pakistan, the Chaunsa is grown in the Multan and Sahiwal districts of Punjab. This type of mango is the fourth most popular attributable to its distinctive fragrance and luscious taste. The flesh contains a small amount of fiber and outstandingly soft. It can be grown from early June to early September, with a harvest time from July to September. It has a pale yellow color, considered as a delight for mango lovers. The mango was made popular by Sher Shah Suri throughout the subcontinent. As a tribute to his victory at Chausa over Humayun, his favorite fruit was thus born with the name Chaunsa. 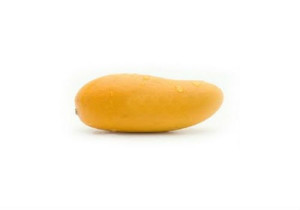 With a harvest time of May to July, the Badami mango is another variety that is grown in India during the months of May to July, particularly in the southern area of the country. The Badami is exported around the world, also because it can easily be stored. It has the quality to fight diseases more effectively and has a longer shelf life period due to its ability to retain its freshness for a longer period of time. IT is often said that the Badami is more delicious when eaten cold. Its soft flesh bears a pale yellow color, attributing to its elegant and beautiful look. 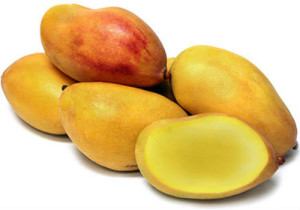 The Valencia Pride is another variety that is found in South Florida. It is an excellent variety of mango due to its large size and pinkish and reddish color with yellow shades. This mango is a fiberless variety that appears in an S shape. It is quite evident why the Valencia Pride has taken the second spot in this list, due to its melting, mild, sweet, juicy, firm and strong pleasant odor. Dooryard planting is a technique used to plant this variety since its production is consistent in nature. The Valencia pride is harvested during the months of July and August, with a good eating quality. 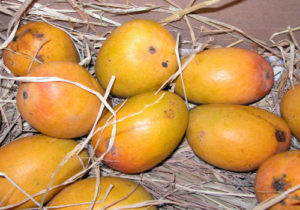 The Alphonso mango variety takes the cake in this list, because it is deemed the best when it comes to flavor, taste, appearance and richness. It has a limited season, having a harvest time from May to July, from the end of March to May. However, this does not hinder the exportation of the fruit because of bulk quantity exportation. Among the different fruit varieties, it is the most expensive variety. The Alphonso is grown in the western parts of India, primarily in the parts of Maharashtra and Gujarat because of the climate conditions in the said regions. This type of mango is unique in itself that even in just planting the seed, the tree will not bear the Alphonso mango variety, but instead will produce a different variety of mango.