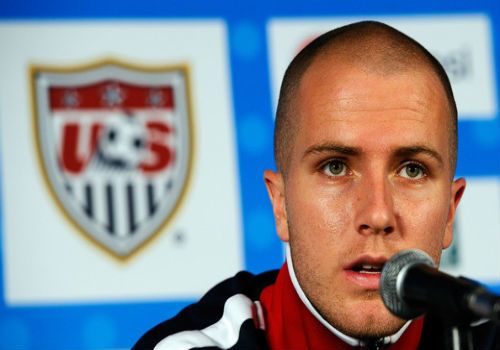 Michael Sheehan Bradley is an American soccer player who hails from New Jersey, United States of America. He presently plays as a midfielder for Toronto FC in Major League Soccer. He too plays for the national team of United States. Born on July 31, 1987, this famous American midfielder with a height of 6 feet and 1 inch tall grew up and surrounded by this kind of sports because of his father who happened to be a team coach of a soccer national team. He said in an interview that he and his dad always talk about his games, his dad’s games, games they watch on TV, different players, every team and anything about soccer.  He started to be a professional player in soccer when he was only 16 years old. His jersey number is number 4. He is the youngest Major League Soccer player ever to transfer from US club to a foreign club. He had already 90 caps and 12 goals overall up to this moment. Many considered Bradley only as a coach’s son, they can’t believed that he would be the big, important, valuable player in the US national soccer team. One of his most famous tactics in the soccer field is “the shortest distance to goal is a straight line, run at the right time”! Michael Bradley is the best U.S. soccer player of 2014! Here are the top 10 things you should know about Michael Bradley:

Top 10: Bradley admits he was lonely during the early part of his career 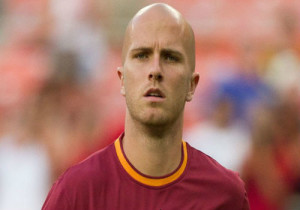 He admitted that he was unhappy during the early part of his career in Europe, but also confessed that it didn’t stop him instead it helped him to be a better person and became stronger especially as a soccer player. At his very young age, he already got to play as a professional player in Europe and that must have been hard for a teenager. It is only normal to be lonely on place you didn’t grew up but the great thing is that he became braver, established himself and gained lots of experiences. He was first designated in Netherlands, then to Germany, then to England, and lastly to Italy. His experiences in Rome, Italy were the one that really made him improve. He loved the club so much because it’s so big; the Italian fans were so in love with him as well as the club. 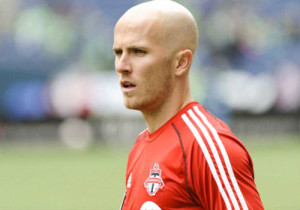 What is “MB90”? It is Michael Bradley 90 which the American fans gave him as a nickname. For 90 minutes of playing, he gave all his effort, endurance, energy, agility, and intelligence in his game. He is like a horse working hard in the midfield. The player is very well rounded and matured enough in his chosen career. Even if he heard that he was just the son of a coach, it did not affect him. When they lost a game, people will say Bradley was not good anymore but if they won they would say he is the best player in the world. Bradley is so used to it. What he is up to is in every game he is ready to give his best and work hard to help the team win and make the country proud!

Top 8: Nicknamed “The General” while playing with Chievo Verona 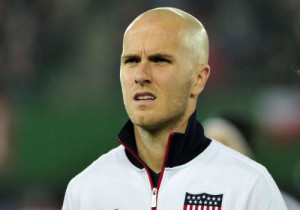 Michael Bradley was nicknamed “The General” by the local fans of Chievo Verona because of his conduct and behavior in playing soccer game. His enthusiastic and passionate fans commended him for his professionalism on his game. He was able to sacrifice himself being the midfielder. And many got the idea that Michael Bradley fits in anywhere. He showed the people of Italy his admiration of the traditional cuisine, and fans admired, idolized and adored him more because of visiting schools and hospitals. The Italian League is a tactical game, it’s like a chess match, and Bradley played in tactics so he accomplished the game smoothly. 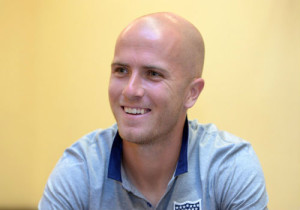 Michael Bradley is not only an excellent soccer player he is also an excellent polyglot or multilingual. Besides his native English language, he can also speak Italian, Dutch, German and Spanish. He learned it all so easily, for instance, he learned Italian fluently within three months . He was well loved by his European fans because of these unbelievable talents. He has even giving translations to his club captain Totti. Bradley, being the studious and well- traveller, is like the only player who can share same language with each of his fellow member of the team. He was nicknamed “a connector” on the field by the former US player and now ESPN analyst, Alexi Lalas. He understands his co players and also his opponent in the field, so he can play with everybody, he really connects literally! 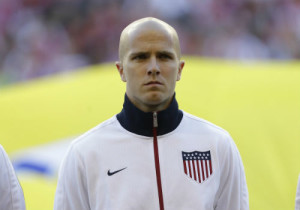 Michael Bradley established friendship with Paul Stalteri and Rob Friend when they played in Europe. Paul Stalteri and Rob Friend, both Canadians, were the one that attested to Michael how wonderful Toronto is and how the fans are dying to have a team that they can be proud of and the team that will carry them easily to the stadium and be happy and identified as their own. Rob Friend described Bradley then as an 18-year-old American kid, full of expectations on his first game. Friend also said that obviously at that young age, he was quiet and must have been happy being there, but he was also there to eagerly win that is why he made it to where he is now. Stalteri and Friend were both believed in the talent of Bradley. They pushed him more and Bradley learned a lot from them through their advice and experiences. 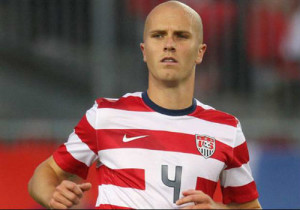 Michael Bradley’s wife is Armanda Barletta. Amanda Barletta was a former tennis player in the University of Rhode Island. They met just before he left to play in Europe, he was only 17 years old then. They got married in July 2011 before moving to Italy. The move to Italy was a wedding gift to his wife. Italy is a very romantic place to be for a beautiful couple like them! They really loved their stay in Italy. When they moved to Toronto, they took their little dog together with their son Luca, who was born on 2012. Bradley is so thankful of his life and of course, of his wife because of her unending support and sacrifices for him and for their kid. Michael is not just an idol in soccer game, but a very fine young, simple man that only thinks of his career and his family, nothing more and nothing less. I hope all men are like that, what a lucky girl! 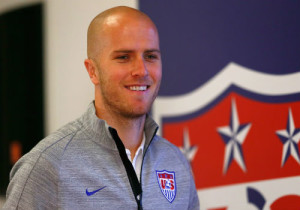 Michael Bradley said in an interview with all honesty that when he was young he used to watch soccer games especially pay attention to midfielders and the one whom he looked up to was Roy Keane, a former Manchester United midfielder. He said that the way that Keane was able to be an engine and became heart of the team and help them to be successful was the one that he aspired most. His role model Roy Keane helped him into where he is right now. I think every human being would be happy to think that you made someone idolize you, it means that you did a great job! 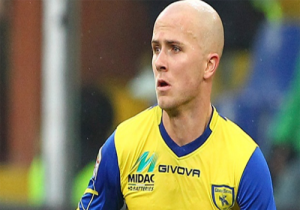 Lindsay Sheehan Bradley, who is the mother of Michael Bradley, was then an All-American lacrosse player at the University of Virginia. She was one of the best players that helped their team back to national limelight and became famous in the game. The school record also showed that Lindsay still holds her record for career assists, totaling 129 in only three seasons. Bradley really has a sports blood because even his uncle and grandfather were from lacrosse men’s team and lacrosse coach respectively. They were even featured as front cover of a sports magazine and was hailed as “Virginia’s first ever brother-sister All-Americans”. Lindsay once said in an interview that Michael when he was a kid wanted to play, all day, every day, and it didn’t matter with whom or when. 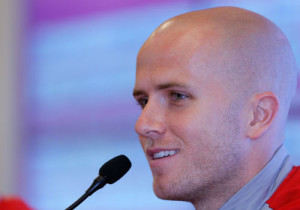 Robert “Bob” Bradley, father of Michael, is an American soccer coach and presently the manager of Norway’s Tippeligaen, a Norwegian professional league for association football clubs. In so many ways for sure, he influenced his son to be a successful soccer player now. Bob let Michael decide for his professional dream in Europe. Bob said Michael felt that it was something that he really wanted to do. Bob also said it was not easy for them to let go his son, but for the sake of his career and not to be selfish too and for him to decide and learn on his own, he accepted it. Bob, who was a natural athlete, grew up playing all sports. Michael got his driven talent by a desire to win from his father. Bob was also very vocal in terms of respect that should have been rewarded for the American soccer players from European clubs. Bob was fighting for his son who was snubbed then by the arsenal who had chosen the Swedish midfielder over his son who is more deserving.

Top 1: Bradley was born in Princeton 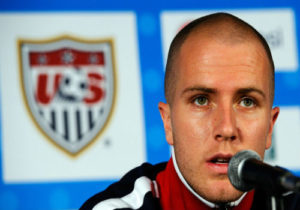 Michael was born in Princeton where his father was also born and raised. His father, Bob, was already coaching at Princeton at the time of his birth. His uncle Jeff, who is a famous soccer journalist remembered Michael when he was seven years old brought the little boy to his favorite food chain and ordered fried chicken and Michael ordered grilled chicken and told his uncle that grilled is better than fried for soccer player. At his very young age he was really focused, has self-discipine, and has self-control which made him to where he was now. The Michael Bradley project only proves that a young man full of determination and aspirations in life will forever win the fight!