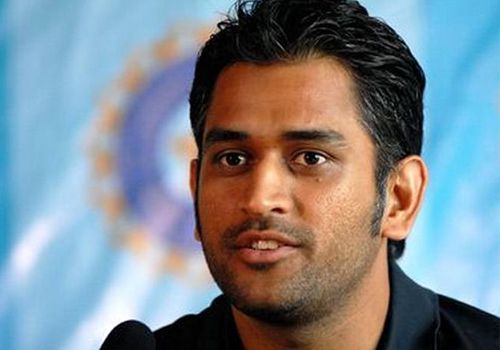 Cricket has been introduced to public in 16th century when it was being played by Prince Edward, son of Edward I (Longshanks). Although there is no proof that it was played early in the 1300s, the game is still being catered until the end of the 18th century when it was considered as a national sport by England.

Despite the fact that the game is mostly being favored by the British, other countries also make a living with it especially India, where 6 out of 10 of the richest cricketers can be found from this country; and Australia with the other 4 for the top 10 according to Forbes.

It is a bat-and-ball game played by two teams with 11 players on a field.With a game structure that is pretty simple enough that even ladies would also enjoy watching, cricket is still one of the oldest yet famous games in the world. 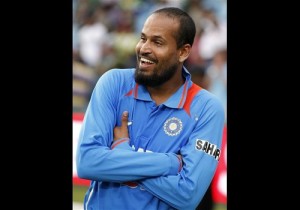 Yusuf Pathan is one of the Indian cricketers who earn at least $3.7 million with $3.3 million per cricket play. He represents the Kolkata Knight Riders while being sponsored by PepsiCo and Tata Indicom. Together with his brother, IrfanPathan, they are one of the most expensive players of IPL. He is a powerful hitter of the Indian cricket team and was the first cricket player to be given out in Twenty20 cricket.

This impressive right-hand batsman and off break bowler played all the games in Kitply Cup and the Asia Cup after IPL. Although he was able to bat for four times and could not perform well, he was able to become the man of the match in other games like in New Zealand on December 7, 2010 and in South Africa on January 18, 2011 respectively. 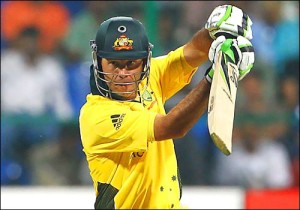 According to Forbes, he earned $4.1 million with $1.8 million per play. Most of his earnings came from endorsements worth $2.3 million. His major sponsors are Kookaburra, Valvoline and Rexona.

He is known as a right-handed batsman and an occasional bowler. He plays for several teams such as the Tasmanian Tigers in Australian cricket and the Hobart Hurricanes during the Big Bash League. In 2008, he played with the Kolkata Knight Riders in the Indian Premier League. 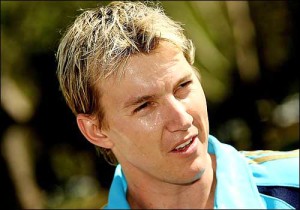 Brett Lee decided to retire from playing on July 13, 2012 from international cricket earning $4.8 million with $1.8 million per play. Just like Ricky Ponting, he earned most from his endorsements at $3 million. He promotes brands like Gatorade, Reebok including Vodafone.

His bowling style is relatively fast as it regularly clocks at least 150 km/h. However, he ranked 2nd after ShoaibAkhtar, a Pakistani bowler with a speed of 161.3 km/h. Despite of this, he had won a lot of awards such as the Allan Border Medal (2008), ICC Awards for ODI Team of the Year and Test Team of the Year (2008), and Champions League Twenty20 Player of the Series in 2009 to name a few. 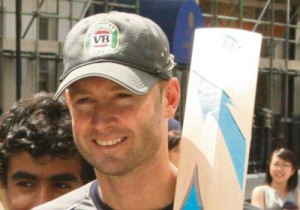 He was nicknamed as a “Pup” and is known as a right-handed middle-order batsman and an occasional left-arm orthodox spin bowler. Michael Clarke became the official captain of the Australian cricket team for Test and ODI cricket after he took down the position as captain for the Australian Twenty20 cricket team to focus more on the former games.

His major sponsors are Spartan Sports, Gillette and Bonds earning him $4.9 million total; $2.7 million per cricket play and $2.2 million from endorsements. Currently, he represents the Pune Warriors India.

Among his awards is the Australian Man of the Series in the Ashes Series in 2009. Clarke is the only Test batsman to ever reach four double centuries in a year. 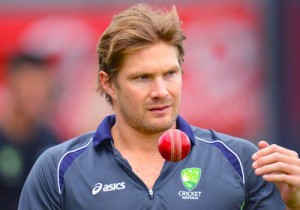 Earning $5.9 million last year with $2.9 million per play plus $3 million from sponsors like Gunn & Moore, Asics and TAG Heuer, Shane Watson is unmistakably the 6th among the richest cricketers in the world and currently holds the no. 1 spot among other Australian cricketers.

He is known for being a right-hand batsman and a fast medium bowler and was declared as the man of the series in the 2012 ICC World Twenty20 after getting a total of 249 with an average of 49.80. Shane Watson is a member of the teams New South Wales in Big Bash League and Rajasthan Royals in IPL. 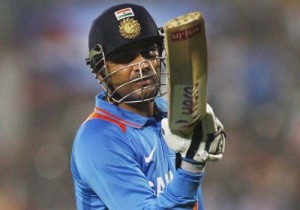 Sehwag is an aggressive right-handed batsman and an occasional right-arm off-spin bowler. He received a lot of awards including the highest score during the Test cricket, the fastest triple century reaching 300 off only 278 balls, and the fastest 250 by any batsman.

Representing the team Delhi Daredevils, this guy earned a total of $6.9 million; $2.8 million for the overall cricket plays and $4.1 million from endorsements. No wonder this destructive opener of the Indian cricket team has been chosen as the endorser of Fila, Hero Honda and Royal Challenge. He was also appointed as vice-captain of the Indian team in October 2005 before he was replaced by Laxman in December 2006. ViratKohli is another Indian who became one of the richest cricketers as of last year yet the youngest so far to earn $7.1 million where $3.1 million came from his cricket plays and $4 million for his endorsements from Nike, PepsiCo, Karbonn Mobiles, TVS, Cinthol, Nestle and Toyota. He is the middle-order batsman and the opener for the Royal Challengers Bangalore. 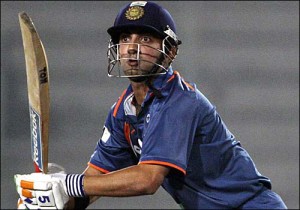 GautamGambhir is a left-handed opening batsman who leads the Kolkata Knight Riders. During his early career, he represented the Delhi in first-class cricket. Since then, he has been a prolific run-scorer with an average of 50. Because of his performance over the years, he was able to earn $7.3 million last year which includes $3.9 million from cricket pays and $3.4 million from endorsements. His major sponsors are Reebok, Red Bull and Hero Honda. Gambhir was awarded as the man of the match for several games from 2003 to 2012. Other milestones noted were most ODI runs as well as centuries in 2008 and most test centuries in 2009. 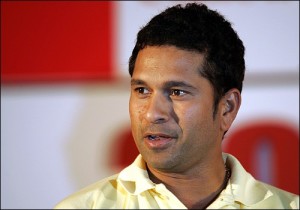 Tendulkar is one of the all-time greatest batsmen in cricket history. He was part of the winning Indian team in the 2011 Cricket World Cup and was awarded as the Player of the Tournament in the 2003 Cricket World Cup that was held in South Africa. In May 2013, he announced his retirement from IPL.

Last year, he earned a total amount of $18.6 million by which he was paid $2.1 million for his matches while $16.5 million came from his endorsements for Adidas, Coca-Cola and Castrol.

Sachin Tendulkar is known to be a cross-dominant, meaning he could bat, bowl and throws using his right hand even though he writes with left hand. He is often being compared to Donald Bradman, who was considered as the greatest batsman of all time, because of his techniques. 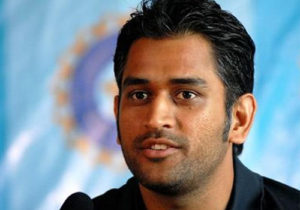 He is known as M.S. Dhoni, born on July 7, 1981. He is currently leads Indian national cricket team as the captain. Aside from playing cricket, he takes the role of the Vice-President of India Cements Ltd, India’s local company that owns the IPL team Chennai Super Kings.