Foods are not just some sort of ingredients combined and to make the magnificent taste but foods are created and invented to help and provides us to have proper nutrition. In terms of food every country has their own different culture and taste. Somehow a foreign foods can bring delight towards the native one. Like for example, searching for the Chinese dishes or Japanese foods, it would be like trading, but with foods. Everyone loves foods, you always want it’s since you were born. That is why no matter how complicated or simple the food preparation are, it doesn’t matter as long as it has a good taste. The taste can be sensitive to spices and sauce, but still every culture has a different approach. It would be like a food adventure searching for most delicious delicacies of every country. You already know the importance of these foods as well as why you have to it, so next question would be do you know what are the popular foods in Asia? If you do, then well for you, but if you still don’t, then here is your chance to meet this delicious delicacy. Remember that the leaks might be too deceiving, but just try to taste it, and thenyou, surely your tongue and stomach will be contented. 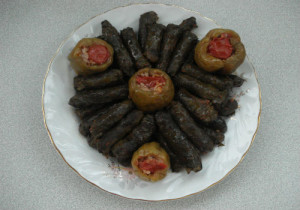 Foods have a personal touch from the cook or the one who prepares it. Just like with the dish famous with the name Dolma or a stuffed vegetable. One of the known ingredients is the vegetables, namely the eggplant, zucchini, tomato; pepper aside from that stuffing would even taste good if you mixed it with squid and mackerel. Stuffing of foods and wrap it around into delicious cabbage leaves seems to be a mouthwatering dish. No wonder why this dish has been branched out into several variants and not only in the middle east but all over the world. Namely the Greek, Lebanese, Turkish, Swedish and many more. 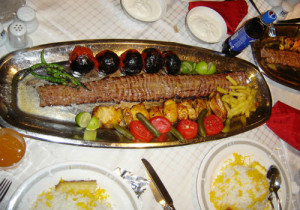 The national dish of Iran, a simple yet holds a very distinct taste that somehow captures every individual who happens to it Chelo Kebab. The food preparation is factored in obtaining this unique taste. The kebab is a roasted meat either fish, chicken, beef or pork accompanied with the steamed saffron Basmati A dish wouldn’t be complete if it doesn’t have a partner like the Persian rice or the tomatoes around it. That is why the Chelo kebab is perfect for every individual who searched for a dish of the day. Since kebab is originated in the Middle East, it is no longer a surprise if it also conquers the rest of Asia. Though it’s a famous name, the kebab has given born to several variants. 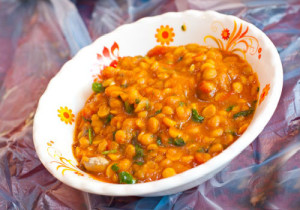 Dishes will be as exciting as it should be, but unlike in fancy restaurants, many food lovers would choose to eat Afghani Dal not with a flowery presentation, but again its distinct taste attracts every taste bud that passes it by. Chances of eating again are really high since this dish is unique and the variants. Dal is known and famous as a sticky stew that is coming from a special ingredients like special peas and beans. Dal is also a good source of proteins that are necessary for a well balanced diet. If in younger generation pumpkin soup is famous well around the globe the Afghani Dal is considered to be one of the most popular foods in Asia. 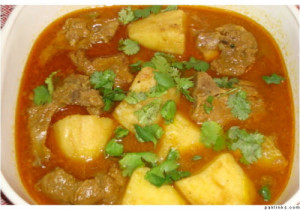 Before even wondering how this food tastes, then will start first with its etymology. Aloo means in potato while gosht means meat, so basically the preparation of this dish involves both the potatoes and meat. This is also a traditional dish of Pakistan as well as some parts of North India. This food is popular not just because of its taste but as well as the easy preparation encourages everyone to make its own version. The Aloo Gosht is also considered as one the best comfort food in the Asian countries because of its unique taste it now also appreciated in the worldwide food economy. 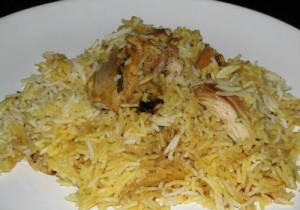 Biryani is quite a different dish compared to previous ones; though they most all likely originate in the Middle East still each dish has a unique and distinct approach. The Biryani is also known as a mix rice dish in India. India is known for their unique dishes as well as their distinct food preparations. Indian foods are not only patronized by Indians or Middle East citizen, but in today’s generation many are also patronizing their foods especially the Biryani. That is why the Biryani that originated in India is now given with different versions and approach like any other popular foods. 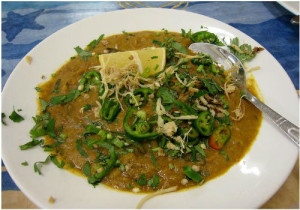 Everyone seeing this dish will be surely hungry, not because you haven’t eaten any but because this food are just very tempting for your diet. The HyderabadiHaleem is an Arabic dish that adopted by the Indian nation and given with their own version The Haleem is a delicious stew made up by pounding wheat and also mixed with lentils, goat meat, ghee, dried fruit and saffron. Each one of us wanted a stew for dinner and special occasions that is why the HyderabadiHaleem is considered to be a special dish of Indian people. Since India is known to be a Muslim country the HyderabadiHaleem is usually served after the Ramadan and during the iftar. 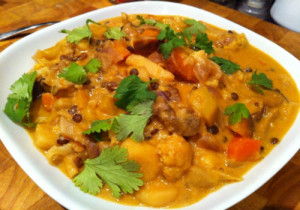 The Thai red curry is also considered to be one of the most popular foods in Asia. Not because of its origin, but because of the unique taste that is hovering around your tastebuds. The red curry is known to be a spicy soup that somehow brings a mouth watering and with its unique flavor. The dish is basically prepared with unique ingredients like the curry paste which are traditionally prepared by Thai landers. Every curry has a different ingredients depending on the culture as well as the tradition. The Thai red curry is a good specialized dish that brought you specific flavor that you will surely look forward on eating it again. 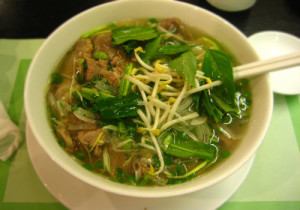 Every dish that originated in one place provides a certain charisma that attracts every foreign individual. What’s good about a traditional or a cultural dish is that you can only taste it one place. But because trading today is participated by the worldwide industry variants and versions are created to feed the cravings. Pho is a Vietnamese noodle that is prepared and mixed with broth, linguine-shaped rice noodles and sometimes with special herbs and meat. Since pho is easy prepare it is now famous to be one of the most well patronized street food in Vietnam. The hot and warm soup simply soothes your mouth as well as ponders your stomach. 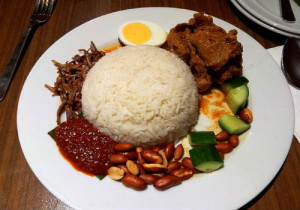 If you live far from Asia then you might be wondering what does a Nasilemakis.Butagain, you can never judge a book by its cover since no matter how odd the name can be, once you taste it, and then it might become a most delicious name you will ever hear. The nasi lemak is a Malaysian food that is prepared and cooked with a pandan leaf. A rice dish that attacks a delicious, fragrant dish. What makes the nasi lemak unique is that it is cooked with coconut milk giving a very distinct and yet milky taste to the rice itself. Though there are several rice dishes that are served for breakfast still the Nasi lemak holds the record to be one of the most fragrant yet delicious rice dish of all times. 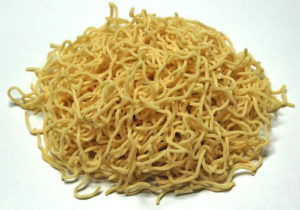 Among them all, the noodles might be the only food that majority of the populations is familiar with. Since this type of food has been developed from the natural preparation up until to instant one. Everyone is eating this dish every day of the world’s existence. The Noodles are widely known as a staple food, since it is used and eaten in various ways. They say it originated from china since artifacts were discovered in early 4000 years bp. A noodle is easy prepare as well as easy to cook, because of its reputation noodles have given birth to several delicious dishes like pastas and beefy noodles.