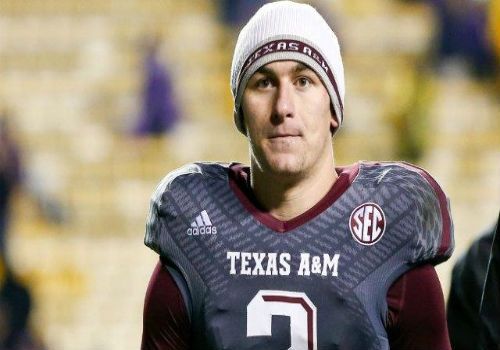 Everyone who has been a fan of football knows who Johnny Manziel is. Born on December 6, 1992 with the full name of Jonathan Paul Manziel, this 2014 NFL Cleveland Browns draftee was beating records simultaneously in the field ever since he was in High School. Currently, he has “achieved folk hero status” (according to his family) and levels withfamous quarterbacks like Brett Favre, Michael Vick, and Drew Brees.

Truly, Manziel has become one of the best players in football and a lot of people wanted to know more about him. Why was he named Johnny Football? What is his dream job? Does he have any famous friends? Is he playing other sports? How rich is he right now? Did he ever go to jail? To answer your questions, we bring you the top 10 most interesting facts about Johnny “Johnny Football” Manziel. 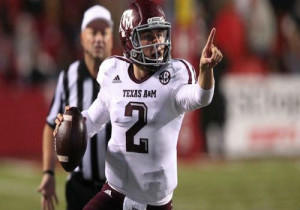 In the 2012 season, Manziel broke the single season record for offensive production in the Southeastern Conference (SEC) with 4600 yards. This record surpassed those of Cam Newton and Tim Tebow who were remarkable Heisman Trophy winners. Also, he was the first freshman and the fifth player in National Collegiate Athletic Association (NCAA) history to pass for 3000 and rush for 1000 yards in a season, He even reached this mark two games earlier than any other player. These impressive numbers lead to Johnny Manziel becoming the first freshman to win the most prestigious Heisman trophy. 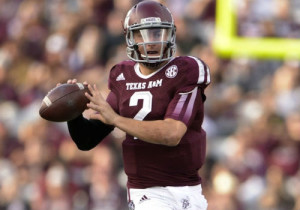 Manziel had always been the incredible sports prodigy since High School. In his senior season, he won the following awards: District 28-4A MVP Class 4A First Team All-State , San Antonio Express-News Offensive Player of the Year, the Associated Press Sports Editors Texas Player of the Year, Sub-5A First Team All-Area, No. 1 QB in Texas by Dave Campbell’s Texas Football, DCTF Top 300, PrepStar All-Region and Super-Prep All-Region. These heap of awards grew along with his popularity garnering him the nickname “Johnny Football” which was given to him by his fellow students. Currently, “Johnny Football” is a registered trademark.

8. Comes From a Wealthy Family 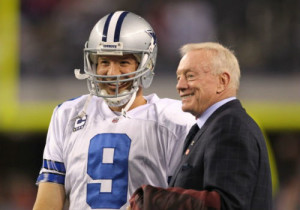 Bobby Manziel, the great grandfather of Johnny Football was a businessman who negotiated over oil leases with Harry F. Sinclair, one of the richest in the oil industry and founder of Sinclair Oil. His grandfather soon discovered the Hawkins Field and even became the second-largest oil producer in the United States. It was said that Bobby’s oil fields produce more than a billion barrels of oil. Jack Dempsey, former heavyweight boxing champion, also became a business partner of Bobby in the oil industry. After 2 generations, Manziel is still a popular surname in Texas that equates to wealth. 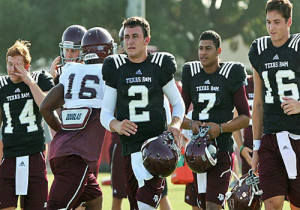 Johnny Football’s dream is not really playing professional football.He considered the risks of having a premature end of careerin professional football, as what happened to other notable collegiate athletes.In an interview, Johnny Football said that he wanted to live up the glory of his family name and manage their company in the oil industry. He also mentioned considering a job in the real estate as a plan B, just in casehe does not fit in the oil industry.

6. Good at Many Sports 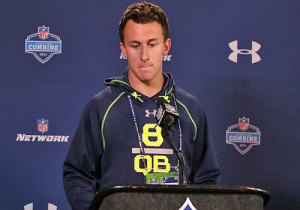 Johnny Football was not only good at football but also with other sports. He also played baseball, basketball and golf but focused in football. He mentioned once that his first love was actually baseball. In fact, he was drafted in the 28th round of the 2014 Major League Baseball Draft, Manziel by the San Diego Padres as a shortstop. He also excelled in golf. At the age of two, he was hitting golf balls well. He even shot a 79 at Pebble Beach in California, after he won the Heisman Trophy.

5. Originally Committed to Oregon, Texas Never Gave Him a Chance 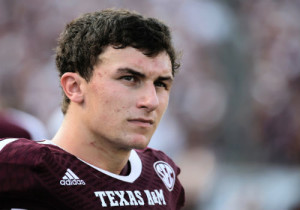 Johnny Football had never been noticed by Texas A&M until September 2010 when Brett Hundley, a commended quarter back of Texas A&M, who had been considering both UCLA and A&M, decided to commit to UCLA. By then, Johnny Football had already committed to Oregon while A&M suddenly had needed another quarterback for its roster. Thanks to offensive coach Tom Rossley, who had seen how Manziel moved and played in the field, Johnny Football who had always been in love with Texas decided to take their offer. Then, he made this very difficult phone call to Oregon about his de-commitment. 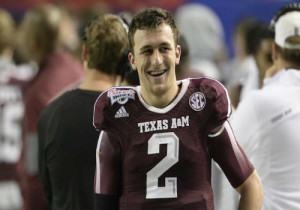 Johnny Football, at a very young age,became an almost instant celebrity which allowed him to interact with other big stars. Manziel hung out with Justin Timberlake, Jessica Biel, the Duck Dynasty guys, andLeBron James who even wanted a photo with Johnny Football. There were also times when he travelled to Toronto to spend time with Drake, his favorite musician who he regarded as someone who treats him “like family, like a brother.” He also hung out with other various country artists. Given his popularity status, it will not be surprising if Manziel will have more celebrity friends in the future. 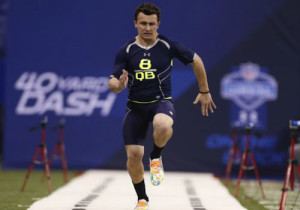 On the early morning of June 29, 2012, Manziel, was put to jail in College Station, being arrested for fighting.  He was also booked for disorderly conduct and failed to properly identify himself. He even presented fake IDs. The police report contained the following detailsL Name: Johnathan Paul Manziel. Age: 19. Height: 6”1’. Weight: 195. In the report, it was noted that his breath smelled of alcohol and that “his speech was slurred when he spoke.” This arrest was the reason for him to be disallowed to play with the football team. 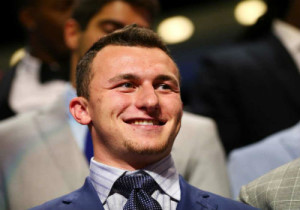 The financial information about the contract was not disclosed by Nike so no one knows how much money there was. The thing is that its as clear as daylight that Johnny Football signed the richest endorsement contract ever offered to an NFL rookie.According to ESPN, “Manziel’s team negotiating the deal included LeBron James’ business manager, Maverick Carter, and Fenway Sports Group.Adidas, Under Armour and New Balance’s Warrior brand all submitted bids for Manziel’s marketing rights.” There were also rumors about the creation of a new line of clothing which includes “Johnny Football t-shirts” by Nike. 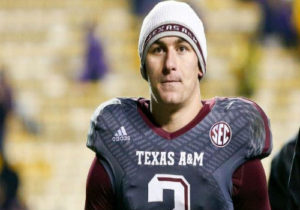 Tom Brady is the legendary Hall of Famer with three Super Bowl titles at age 36. If you would ask me, then I’d say that he shall have nothing more to wish for when it comes to football skills. However, in February 21, there had been news that Brady has been in contact with Johnny Football to know some of his magic. Even though Brady was the perfect pocket passer, he was one of the NFL’s not so mobile quarterbacks. This could be a possible reason of his contact with Johnny Football however, there was no hint whether Brady was serious about this call for help to Manziel on speed training.