“Have you ever seen and birds or bees?” I hope this question wouldn’t arise any time soon. They may be just birds or bees but they play important parts to an ecosystem and they need somewhere to live on. An imbalance of the world’s ecosystems is happening as we speak. Industrialization to a greater future is convenient to an economy or a country but due to these changes a more cause may happen rather than an effect.

Have you experienced greater storms or hurricanes lately? Or erratic weather changes within a day? Some countries even experience scarce in food or water due to unfit weather condition for the planting season.   These are only examples, as mentioned above, of the cause and effect scenarios. A great awareness is needed to every person, the higher intellectual individual in the food chain, to respect and save the environment they live in.   Keep in mind they were here first and they lived peacefully until we took advantage.

Let’s talk about number, endangered forest have lost 90% or MORE of their original habitants. We are talking about losing 1500 of rare plant species that can’t be found anywhere else in the world. Rain check! The forest plays the GREATEST PART TO THE WORLD, NOT to ONE community or A country only. They are the main converters of carbon emissions to their byproduct the OXYGEN. 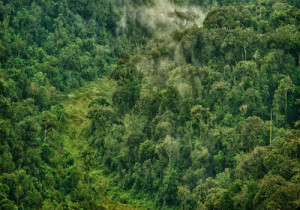 Only 11-10% of the mountains of Eastern Afromontane habitat is still left today. Eastern Afromontane is located from Saudi Arabia in the north and to Zimbabwe in the south and along the eastern edge of the Africa. Trees of the genus Podocarpus and Juniperus are found on the northeastern and eastern of Africa. Bamboo zones of 2,000 ad 3,000 meters are also seen. Endemic mammals, birds, and amphibians are seen in the Albertine Rift than any other regions in Africa. Due to geological Impacts, large fresh lakes are also found in the Eastern Afromontane housing almost 617 endemic fish species. The most common threat to this rainforest is agricultural crop expansion wherein large plantations plant beans, bananas and teas. Another is the rise of population in correlation to expansion of land ownership for housing and schools.

9. Madagascar and the Indian Ocean Islands 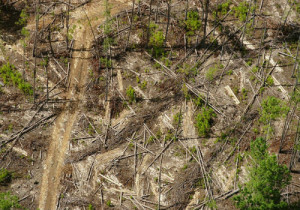 Only 10% of the Madagascar and the Indian Ocean Islands is still left today. The location is near Africa but most of the animal and plant species do not share their typical African neighbors nearby. It is a spot of the world where species evolved in isolation. More than 50 lemur species are seen in the island others may have been driven out of extinction. The officials do give great importance in protecting Madagascar but due to the growth of population, a great pressure in the increase of demand in land and water is a great threat.   Mining, agricultural expansion, cutting timber and hunting are also a growing threat. 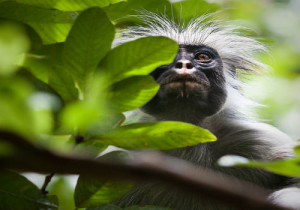 Only 10% of the Coastal Forest of the East Africa is left today. This forest may be small and or be just like a fragment East Africa but a great level of biodiversity is seen here. The most common three endemic monkey species found here are the Tana River red colobus, the Tana River mangabey and the Zanzibar red colobus with a population of over 1,000-1,500 individuals which is mostly found in the Zanzibar’s Jozani Forest. The Zanzibar red colobus are tourist attractions and were not hunted my Muslim inhabitants of the Island but threatened by immigrants from the mainland. The continues need for more and more agricultural farming due to poor soil quality places this forest in great threat. 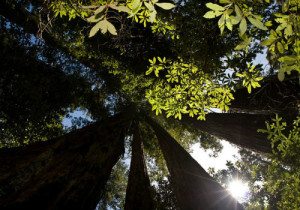 Only 10% of the California Florist Province is left today. Plants like the giant sequoia and the coastal redwood are found here. It is known for having a Mediterranean-type climate that most animals and plants flourish in. It is the home of the Californian condor, the largest North American Bird, and is also the United States largest avian breeding ground. The famous grizzly bears (Ursus arctos) once had lived here but had gone extinct. This bear appears as a symbol on the Californian flag for more than 150 years now.  Commercial farming, pollution, urban expansion road construction and maybe more pose as great threats to the region. 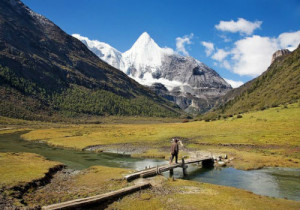 Only 8% is already left in the Mountains of Southwest China today. This is home of the temperate floras in the world which includes the most endemic species like the endangered giant panda (Ailuropoda melanoleuca) and red panda (Ailurus fulgens). The Mountains of Southwest China supports the species found along the branches rivers in Asia which includes the Yangtze River. The biodiversity in this region is threatened by illegal hunting, cutting of wood and overgrazing. The Three Gorges Dam, the largest dam in the history, will continue to threat the regions ecosystem’s life. If the construction of more dam will take place in all main rivers it will affect all plant and animal life found in the region. 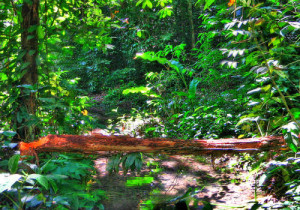 Only less than 8% is left in the Atlantic Forest today. The forest is found along Brazil’s Atlantic coast and extends to the parts Paraguay Argentina and Uruguay. It also includes the offshore archipelago of Fernando de Noronha and other islands off the Brazilian coast. Forty percent of endemic plant life is seen here and housing more the 20,000 plant species. Animals labeled as Critically Endangered are continuing to survive here namely the lion tamarins and six bird species that can be only found in the forest of northeastern Brazil. The increase in land demand brought up by Urbanization of Rio de Janeiro and S’o Paulo, continues to pressure the Atlantic Forest. The fresh water supply from the remnants of the forest supports over 100 million people and industries. 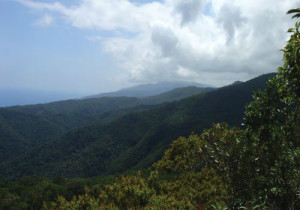 Only 7% of the Philippines Forest is left today. The Republic of the Philippines having more than 7,100 islands is identified as the richest country with great biodiversity. Many “only found here” species are seen in the fragment forest in the Philippines. This forest is rich in 6,000 plant species, many bird species and unique amphibians. To name a few, The Philippine eagle (Pithecephoga jefferyi), the second largest eagle in the world and the panther flying frog (Rhacophorus pardalis), which is special since it has extra flaps of skin and webbing in between his fingers and toes that generates lift when it glides. The livelihood of more than 80 million people is highly dependent to their natural resources. Logging and clearing forest remains for agricultural expansion and a rise in population is the main threat to the forest. 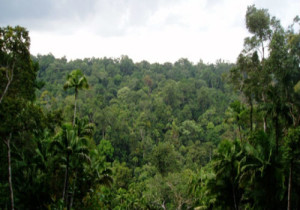 Only 7% of the Sundaland is left today. The Sundland covers the western half of the Indo-Malayan archipelago and dominated by two large islands namely Borneo and Sumatra. This forest is home to a great amount of tigers, monkeys and turtle species. Industrial forestry and international animal trade is prevalent in this area for food and medicine. The population of orangutans is dramatically declining. The two surviving Southeast Asia rhino species are found in the islands of Java and Sumatra. The production of rubber, oil palm and pulp production for commercial use are forces that threat the forest for its clearance. Illegal and unsustainable logging and non-timber forest extraction, are high demand in China, North America, Europe and Japan, is already happening in Sumatra. 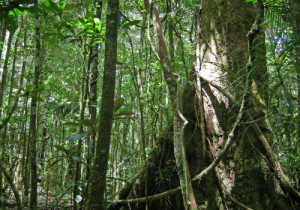 Only 5% of the New Caledonia is left today. The New Caledonia is a small forest the size of New Jersey. New Caledonia is composed of Islands about 1,200 kilometers east of Australia, in the South Pacific at the southern extremity of the Melanesian region. Here we find no less than five endemic plant species like the species of Araucaria trees, the world’s only parasitic conifer and nearly two-thirds of this specie around the world are seen here. The endangered bird, the kagu also resides in New Caledonia, a bird with a distinctive crest and the only surviving member of its family. Forest destruction and nickel mining to name a few threatens the forest biodiversity. 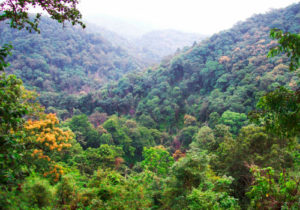 Only 5% is left today. Freshwater rivers and lakes are greatly important to the local people, birds, freshwater turtles and fish. The Tonle Sap Lake and the Mekong River are home to the Mekong giant catfish (Pangasianodon gigas) and the Jullien’s golden carp (Probarbus jullieni). Intense pressure to the aquatic ecosystem is caused by draining and destroying wetlands for wet rice cultivation. Creation of dams to generate electricity has exposed other habitats like nesting birds and turtles present for the dry season for flooding. Overfishing and use of illegal fishing techniques, as well as conversion of mangroves to shrimp aquaculture ponds are problems for the coastal and freshwater ecosystem.