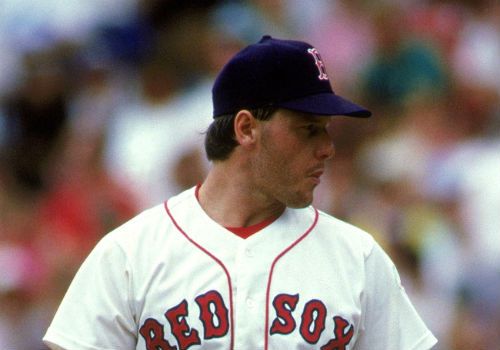 The Boston Red Sox has undergone lots of challenges before they were put to the top. They were the first team to ever win the World Series in year 1903, defeating the Pittsburg Pirates. After their four championship wins by the year 1918, they suffered what the baseball fans would call, the “Curse of the Bambino”, when they traded their number one pitcher, Babe Ruth to the team’s number one rival in Major League Baseball, the New York Yankees. The Boston Red Sox suffered the said curse, and waited 86 years before they had to earn and win another championship, their sixth World Championship, in the year of 2004. Now, we all know the stars of every baseball team are their pitchers. Who were their greatest pitchers ever? 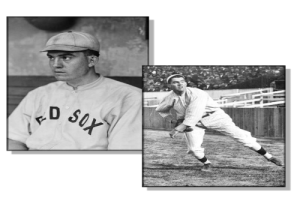 Ray Willston Collins played his whole baseball career for the Red Sox. As a left handed, Ray Collins threw left and batted left. Not only is Ray Collins a good pitcher, he was also a good fielder. He stood out because of his remarkable control when playing. Due to his very nice stats, Ray Collins was part of the 1912 Red Sox World Champion Team. Over all, in his career, he played for the Red Sox for seven seasons, with an 84-62 Win-Loss record, 511 strikeouts, and a 2.51 earned run average. When he retired from his baseball career, he went back to work for his alma mater, University of Vermont, as their baseball coach. He was honored in Vermont Sports Hall of Fame. 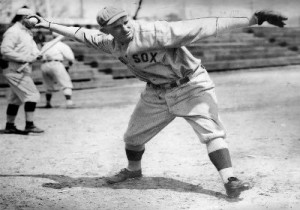 As one of the controversial players of Major League Baseball, Carl Mays played great during his career, due to his reputation however; it became the reason for him not to be inducted in the Baseball Hall of Fame. He is best known for throwing a “beanball” that caused the death of Cleveland Indians’ shortstop, Ray Chapman. This incident however happened a year later after he left the Boston Red Sox. Mays was known to be a spitball pitcher, until the Chapman incident, this technique then was banned. In his four years with the Red Sox, he contributed in their winning of three World Championships, from 1915 up until 1918. 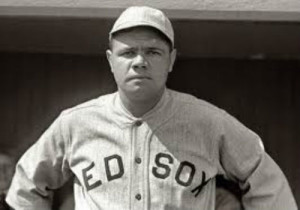 George Herman “Babe” Ruth, Jr. also known as “The Bambino”, was the Red Sox starting pitcher before he was then traded to the team’s number one rival, the New York Yankees. Upon his transfer in the Yankees, he then became a full pledge right fielder. Babe Ruth gained popularity not only for his incredible skills in the court, he gained popularity when the Red Sox traded him to the Yankees, which then led to the start of what baseball fans would call, “Curse of the Bambino”, which was considered to be the reason behind the failure of the team to win a championship after 86 years. In his time with the Red Sox, he contributed in their win of three World Championships. 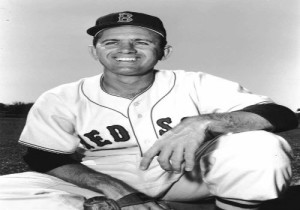 Melvin Lloyd Parnell spent his whole nine years baseball career with the Boston Red Sox. He was a known left handed pitcher, and was one third in the rank of the highest career winning left hand pitcher in Fenway Park. He was in the All Star team two times, in year 1949, and 1951, and was the starting pitcher. He was the first pitcher who gave the Red Sox their first no hitter in year 1956, which was then followed 52 years later, by Jon Lester. The no hitter marked the last stunt in his career after he had an injury. In his baseball career, Parnell achieved a total of 123-75 win-loss record, a 3.50 earned run average, and 732 strikeouts, and he was selected in the Boston Red Sox Hall of Fame in year 1997. 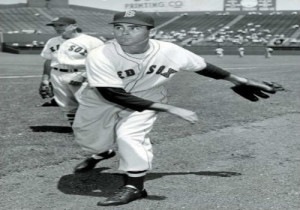 Just like Parnel, Hughson played his entire baseball career for the Boston Red Sox. He was a right handed pitcher and batter. He was known in throwing from a fastball to curveball. When his career was soaring, Hughson suffered injuries in the arm and shoulders which would possibly cause a disability, this later on became the reason for his early retirement in baseball. He played in the All-Star team three times; he was the American League Pennant in year 1946, the American League Strikeout Champion in year 1942, and a 2 20-win seasons. He was selected in the Boston Red Sox Hall of Fame in year 2002. 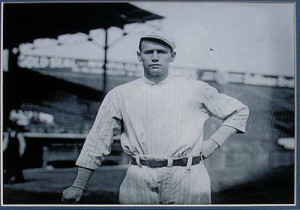 Howard Ellsworth “Smoky Joe” Wood played for 14 years as a professional baseball player, all seven years as a pitcher to the Boston Red Sox. Wood is one out of the 13 pitchers to win 30 or more games in a single season. He earned his nickname “Smoky Joe” because he throws a blazing, very mean fastball. In his stay with the Red Sox, he helped them win two World Championships. He is an American League ERA Champion year 1915. After his retirement he went on to become the baseball coach for Yale University. Wood was selected in the Boston Red Sox Hall of Fame in year 1995. 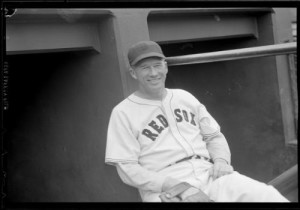 Robert Moses “Lefty” Grove is one of the greatest left handed pitchers in baseball history, thus his nickname, “Lefty”. He played professional baseball for 17 years; he first played as a Major League player for the Philadelphia Athletics, then later on for the Boston Red Sox. In his 17 year career, he achieved a total of 300 wins, making him a perfect inductee in the National Baseball Hall of Fame. Grove won the Triple Crown for pitchers twice, in year 1929 to 1931. He was elected in the Major League Baseball All-Century Team, and is the AL MVP for the year 1931. 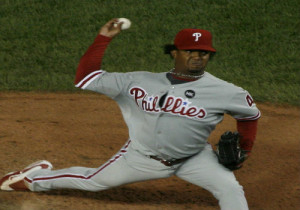 Although somewhat small for an average size and height of a pitcher, Pedro Jaime Martinez proved that size doesn’t matter. In his career in baseball, he was able to win 219 games. He played as an All-Star player eight times, a receiver of the Cy Young Awards for three times, and helped the Boston Red Sox win their 2004 World Championship. Martinez now holds the highest percentage of a 200 game winner past Whitey Ford for .003. His WHIP proved to be the lowest of any live ball era of starting pitchers in the history of Major League Baseball history, his ERA+ however, is the highest of any starting pitchers in the Major League Baseball history. 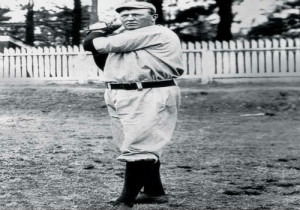 Holding most of the records a pitcher could ever achieve, some of them still unbeaten to date, Denton True “Cy” Young played professional baseball for 21 years, and which he played for as pitcher for five different Major League Baseball teams. In his career, Young achieved a total of 511 wins which is still unbeaten to date. His other unbeaten records include a total of 7,355 innings pitched, a total of 749 completed games, and a total of 815 as a game started. In the history of baseball, he pitched three no hitters, which includes the third perfect game, a first in the baseball “modern era”. In year 1937, Young was inducted in the National Baseball Hall of Fame in year 1937. The Cy Young award was created one year after his death, an award honoring the best pitchers in MLB. 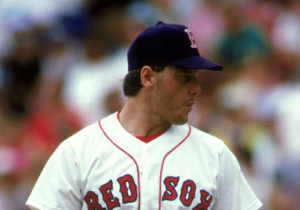 As if the achievements of old school baseball legend Cy Young is not enough, wait ‘till you hear this one’s achievements. William Roger Clemens played for the Red Sox for 12 years as their pitcher. Though during his stay in the Red Box never earned them a World Championship win, still, Clemens was one of the best pitchers there is for the team. Unlike his predecessor, Cy Young, who won a total of 511 wins in his 21 years in MLB, Clemens who played for 24 years only achieved 354 wins. He has a total of seven, yes seven, Cy Young Awards, the holder of most Cy Awards in the history of MLB, and is selected in the Major League Baseball All-Century Team. He pleads guilty to the cases filed against him, stating that he used steroids in year 2008. He is nicknamed as “The Rocket” for his hard throwing pitches which tend to intimidate the batters.