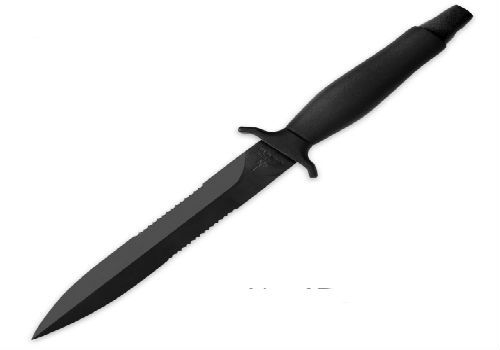 Navel weapons are one of the used arms when it comes to war and battles. They are perfectly created for the purpose of military services among the personnel.  However, as years go by, each of these weapons are developed to become more functional, making it usable at any purpose such as for chopping branches, cutting things many more survival needs.

That’s the reason why there some people out there who would legally equip themselves with this weaponry even when they’re not part of the military. Of course, there are still other who would illegally carry it as a form of self-defense and support for their strength.

Each weapon may probably look the same in the common eyes. But looking closer, there are some minimal distinctive in its shape, function, thickness, length, etc. In buying these weapons, there are others who specifically look for one detail. Sometimes, they would prefer its accessibility. There are times when the buyer would also examine its sheath or blade.  It actually all depends upon the buyer.

These weapons may help you survive in case you get lost. It will also be handy for some camping, and into survival mode of living. Most of all, navel weapons can be a very best support when it comes to self-defense.

Yes they are all unsafe to use. But here are the most dangerous navel knifes that you should be aware of: 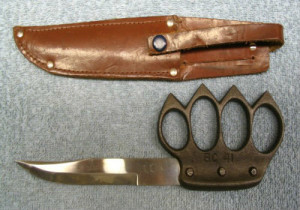 Landing on the tenth spot as the world’s most dangerous weapon is the kuckleduster/dagger BC-41. This defense is perfect for close combat and unexpected ambush attack. Because of its upside down blade, BC – 41 would sometimes be referred to as the “throat cutter”. Its blade measures 5 ¾” long is forged from steel. If you worry that you mind by the wrong knucleduster, BC – 41 is engraved at its aluminum-made handle. Way back in during the World War II, BC – 41 was very famous among the Bristish Commandos. It was so popular that it even undergone through more developments and modifications that they would refer to it as WW2 BC-41 British Commando knife. 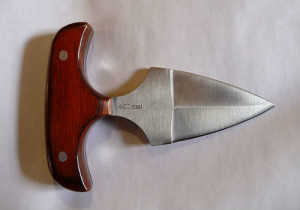 Push Dagger landed number 9 among the dangerous navel weapons we have. With the T-handle design, this short-bladed dagger makes it easier to grasp the weapon in the hand. Push Dagger has always been popular among close-combat for both military forces and civilians. With its palm-sized measurements, Push Daggers can be carried discreetly and may be unnoticeable to attackers. It was perfectly built this size to prepare you in a fight faster than the usual size weapons. I’s handle may be placed between the 2nd and 3rd finger, making it smooth to carry. You’re just like giving punches. But with a blade. 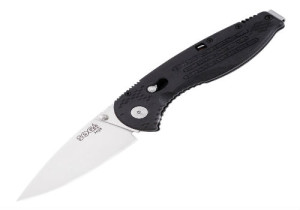 As for the eight spot, SOG Seal Knife 2000 is considered for the number 8 dangerous weapon in the world. It is said to be the highest rank knife among the most specialized elite military group, US navy SEAL. According to the manufacturer, SOG Seal Knife 2000 has undergone many test and evaluations to be approved by the government. According to SOG Knives Collector, the SOG Seal 2000 Knife features 7″ partially serrated blade, powder-coated for low reflectivity, grippy Zytel handle for chemical and flame resistance, AUS-6 steel for saltwater resistance and tactical jump-rated kydex sheath with “groove” for easy cutting of cords. 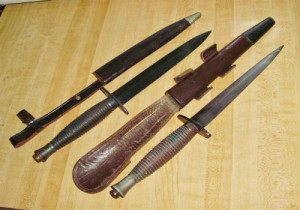 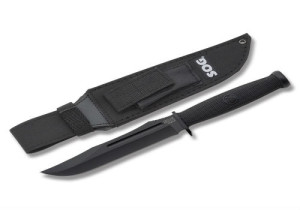 Just so you know, in the classic literature Dracula, the vampire was killed by a bowie knife. As for number 6, one of the most dangerous knife in the world is the Fixation Bowie. “Seamless fits between blade and cross guard, wrap-around checkered handles, blade grooves, thumb notches, spanner nuts, and crossguard cutouts all say this knife is as distinctive as you are,” is what the SOG Knives has to say with the Fixation series. It’s Kraton-made handle is perfect for a grip, as well. Fixation Bowie overall measures 12.25 inches with the blade of seven inches. If you’re looking for it in Amazon, well, here’s a tip, it has a lifetime warranty. 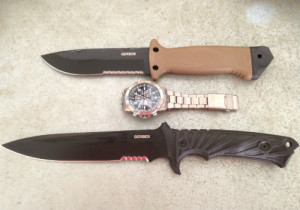 Almost half of the countdown, the LHR Combat Knife took the fifth spot for the world’s most dangerous navel weapons. Some people would say that if you have a weak heart that’s into cute and handy knives, this is not the one you’re looking for. LHR Combat Knife has a total measurement of 12.5 inches with 6.87 inches of blade made of 440C steel. The blade is also made of matte to prevent reflections in case you don’t want to be seen. As for the hilt, it has a durable grip that would be suitable weather you’re wearing gloves or not. 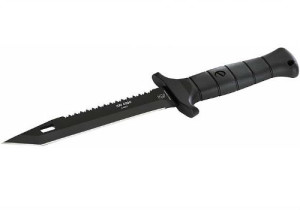 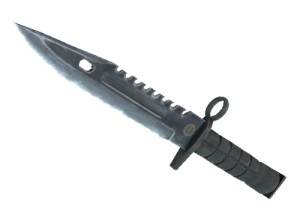 The third most dangerous navel weapon is the M-9 bayonet. This knife is also multi-purpose weapon, perfect for any situation. M-9 bayonet has a total length of 12 inches with a blade of 7 inches long. This weapon was made by Charles A. “Mickey” Finn way back in 1984 and was inspired after the Russian AKM Type I bayonet and was developed through the years. M-9 bayonet was also created for attachment on M-16 riffles among the military weaponry. You must probably see this weapon in some games such as Counter Strike and related. At least virtually, you’re using one of the dangerous weapons. 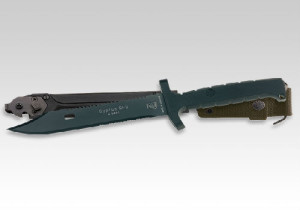 The second most dangerous navel weapon is the Eickhorn Advanced Combat Knife. It is generally created to exceed the demands of Mil and NATO standards among the German Forces. If you’re planning to buy this combat knife, there are more packages waiting for you as it comes with universal saw, wire stripper and bottle opener. It has an adjustable wire with its sheath, making it rotatable and accessible when it comes to belt carry, combat vest carry, or MOLLE carry. Eickhorn Advanced Combat Knife overall measurement is 355mm long with .6mm thick, 175mm in length blade. This is also considered as the most popular German weapon. 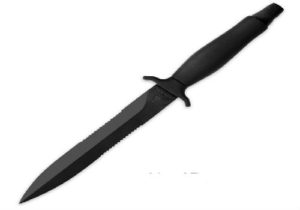 It may have been shut down in 2000; the production went back in July 2008. Since then Gerber Mark II became the most dangerous weapon in the world. Gerber Mark II was actually pulled off in the market because of its “too ferocious” looking. The production was then restored after adding more features and development that it became a survival knife.  Gerber Mark II has an overall length of 12 inches with 6.75 inches of blade.  It will definitely stand out among the others because of the GERBER marker engraved on its side. This may have been considered as the most dangerous weapon but Gerber Mark II is even included in paratrooper’s kit.