Assault rifles were first used by The Soviet Union after the war, and during that time, they used AK-47. Assault rifles are a selective fire type of military service rifle. By selective, it means it can either be semi-automatic, automatic, or burst fire. Assault rifles are the most common and most preferred rifles in the army. It has smaller cartridges and a detachable magazine, and is best used for small range firing compared to battle rifles that are used for long range firing. During the World Wars it was learned that the firing was only 200-300 meters, which made all the rifles at that time so powerful that it produces recoil causing a marginal benefit. Assault rifles then was made for military men to fire more bullets faster with less recoil, and with its light weight, it allows military men to carry more ammunition. Here are the top ten assault rifles that are created. 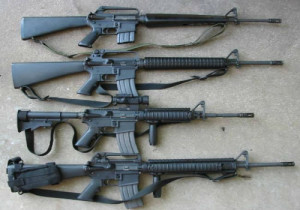 The M16 rifles were designed by Eugene Stoner and James Sullivan on 1956 and have been used during various wars such as the Vietnam War, Cambodian War, Afghanistan War, and Iraq War. It is manufactured in four different countries, United States, Japan, and Philippines being three of the four. The M16 has been widely used by militaries all over the world, and there had been a total of 8 million M16 rifles produced since 1956, making it the most-produced firearm of its kind. 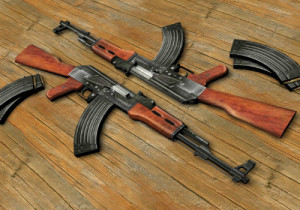 The AK-47 rifle was created and developed by Mikhail Kalashnikov in The Soviet Union on year 1946 to 1948, and was then produced on year 1949. It go the name “AK” because during the time when it was developed, it was officially called as Avtomat Kalashnikova, and in Russia, they call it “Kalash”. The rifle itself is durable, easy to use, making it as the most popular and most used assault rifle in the world. It has been manufactured in many countries and can be seen as used by armed forces and non-standard military, and it served as the basis for the development of other firearms. 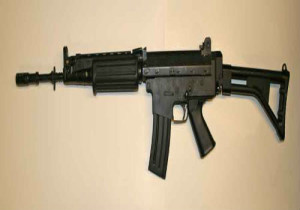 The FN FNC was created by “Fabrique Nationale (hence the acronym FN) De Herstal” on year 1975 in Belgium, and was then produced 1979. FNC stands for “Fusil Nouveau Type Carabine”. It bears a close resemblance to the AK rifle; the only difference is that it has been upgraded to a higher end design. It can be equipped with a spiked bayonet or a blade bayonet, a sling, a bipod, and a blank firing adapter. 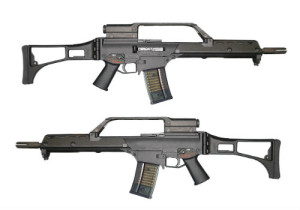 This rifle was made and designed by Heckler and Kock on year 1990 at Germany, and has been produced since 1996. It has been used in nine wars, Afghan War, Iraq War, and the 2013 Lahad Datu standoff. It is a descendant of the G3 rifle that was first developed in Germany, developed by various companies which were led by Heckler and Kock. It can be equipped or accessorized with a grenade launcher, a sling, speed-loading device, and a blade bayonet. 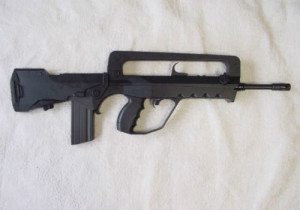 It was created and designed by Paul Tellie on 1967 at France, manufactured by Nexter and its production began on 1975. The acronym FAMAS stands for “Fusil d’Assaut de la Manufacture d’Armes de Saint –Etienne”. It is a bulpup style rifle and is the service rifle of the army of France. It is used in seven different wars, Lebanon War, Gulf War, and Afghanistan as three of the seven. It is used by thirteen countries, UAE, Lebanon, and Philippines among the thirteen. 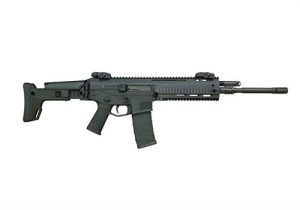 It was originally named as Magpul Masada before Bushmaster Firearms International became the licensed producer of the firearm, and it then became Bushmaster ACR. ACR stands for Adaptive Combat Rifle. The name Masada was inspired from the story of the siege of Masada. The Magpul Masada was designed by Magpul Industires at United States and was produced on 2010. It was presented during the 2008 U.S. Army officials’ Industry Day, and was a candidate to replace the M4 Carbine. 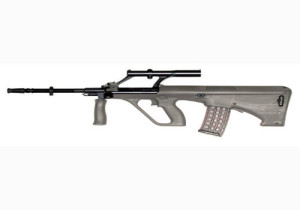 Another bulpup designed rifle is the Steyr Aug, which name was inspired from its manufacturer Steyr Mannlicher, and AUG meaning “Armee-Universal-Gewehr” or “Universal Army Rifle”. It was designed by Horst Wesp, Karl Wagner, Karl Moser on year 1970 at Austria. The rifle has been used by 39 countries, Austria, Brazil, and The Republic of China being three of the 39. It was first produced on year 1978, and since then, it became the standard small arm for the Austrian Bundesheer and other police units, same year as it was adapted by the Austrian Army as the StG 77. 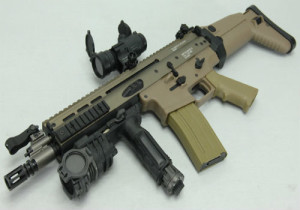 Just like the FNC, it was designed by FN Herstal for the U.S. Special Operations Command. SCAR means “Special Operations Forces Combat Assault Rifle”, and it has two types, the SCAR-L for “light” and the SCAR-H for “heavy, having both available in long barrel or close quarter combat. The SCAR –L fires 5.56x45mm NATO cartridge and the SCAR-H fires 7.62x51mm NATO. Just like the Butchmaster ACR it was also a candidate as the replacement for the M4 Carbine. 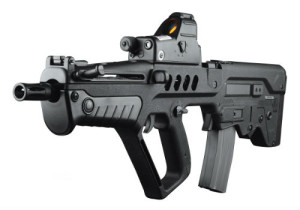 Tavor or the TAR 21 is the third bulbpup designed rifle in our list and is designed by the Israel Military Industires on year 1991, and is manufactured by the Israel Weapon Industries. TAR 21 simply means “Tavor Assault Rifle – 21st century. Its local users include the Israel Defense Forces along with its other series, the MTAR-21 or the MicroTAR-21. It is also used by a total of sixteen countries, Vitenam, Ukraine, and Nigeria as three of the sixteen. 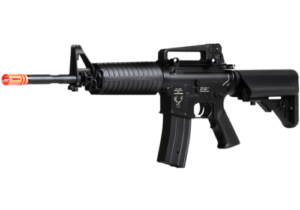 Finally, after all the threats of replacement, having the FN SCAR, Bushmaster ACR as one of the candidates this rifle, M4 Carbine remains as the number one assault rifle ever to be produced. It is manufactured by Colt Defense, U.S. Ordinance, Remington Arms Company, and FN Herstal. It is like a child of the M16 rifle, AR-15, and ArmaLite. M16 are so much alike that the only difference is that it is lighter. The U.S. Military hosted a Carbine Competition, a competition wherein different kinds of assault rifles was presented to replace the M4 Carbine in the U.S. Army service, however, the U.S. Military cancelled the competition and declared that they won’t be replacing M4 Carbine, instead, they will use the new and improved M4A1.