America’s Cup is the one of the finest and most luxurious race in the field of sports.  Where the race was joined by a different yacht club, and make a race to reach the ever longing goal, the America’s Cup Award.  The race will pursue with an estimate of 1-3 days duration.  When the day of the first launching of the said race, they are so many participants’ yacht racers, but in the end there are only few yacht racers gaining an outstanding records in the history of the America’s Cup.  Here are the list of the top 10 recent winners in the America’s Cup. 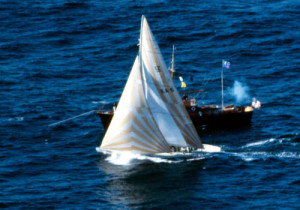 It is the year of 1983 yacht race called “America’s Cup”, where all yacht club excitingly joined the race.  One of the participants is the New York Yacht Club, in which won the first challenge, and have been successfully defendtheir title for a non-defeated club in over a period of 132 years; that makes their team called as the longest winning club in the history of the racing series. 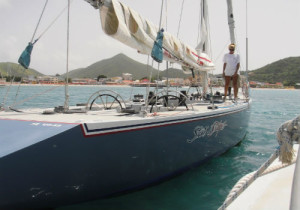 In 1987, held the event in the place of Fremantle, Australia, where the 2nd Louis Vuitton Cup begins its challenge of race.  One Club who accepted the challenge and became the winner of the 1987 America’s Cup race is Stars & Stripes Club.  With a competitor of 25 boats, and other failed boats in the qualifier round, surely the 1987 America’s Cup is the race that has extremely hard to win and a heart pounding sequence. 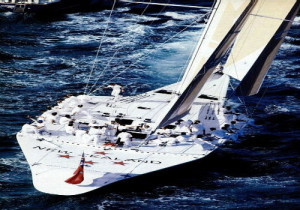 1988 America’s Cup is the challenging year of the San Diego Yacht Club, with a Yacht name “Stars and Stripes”. Their challenger is from the Mercury Bay Boating Club, represent by the New Zealand Challengers.  The year’s challenge is a hostile Deed of Gift challenge.  Fortunately, in its end of the race, the Stars and Stripes still have the price. 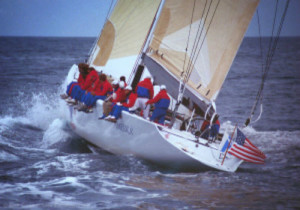 The San Diego Yacht Club with yacht name America3, has won the 1992 Citizen Cup and a selection series challenge in 1992 Louie Vuitton Cup.  It’s the 28th America’s Cup series, where they’ve face their challenger named Compagnia Della Vela di Venezia with a yacht name II Moro di Venezia (ITA-25).  With the resulting score of 4-1, surly these race is a close battle, but in the end of the race, America3 have won the title and had been consistent in defending their title.

It’s the 29th America’s Cup series when a Yacht name Black Magic, sailed by the Team New Zealand joined the game.  They’ve challenge the team of the San Diego Yacht Club with their yacht named Stars and Stripes, in which that time they hold the title in the America’s Cup.  With a score of 5-0, the Black Magic finally reign as the new holder of the 1995 America’s Cup race, that held in San Diego, United States. 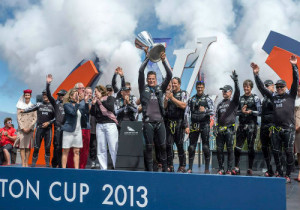 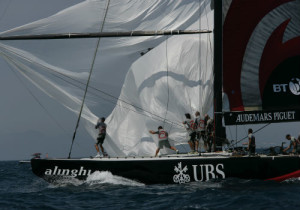 In the year of 2003 America’s Cup, the Alinghi Yacht Club joins the game, though this year is their first time to attempt the America’s Cup, but they are desirable of winning the 2003 Cup held in Auckland New Zealand.  With the help of the crew leader named Ernesto Bertarelli, who has been in the yacht club for several years, the Alinghi Yacht Club finally won the goal, being a consistent winner and a defender of the Cup title for more than 4 years. 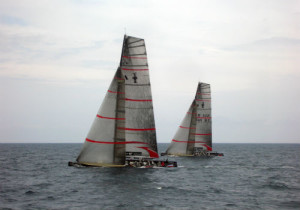 The 2007 year of America’s Cup, is a year of glory and hardship of the Alinghi Yacht Club.  Where they must defend their title since the day they’ve joined the race.  One of the biggest challenges they’ve face is the change of rules in the Cup Finals, due to their recent members who jump to the other team and became their competitor.  As the race started, it was a close battle between the Alinghi and the Emirates Team from New Zealand.  Finally the race ended and still the winner of the race is the Alinghi Yacht Club. 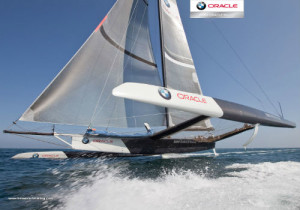 The 33rd America’s Cup, year 2010, is the most challenging series of the year.  Where they are two participants on the said year event.  The race was between the two yacht club named Alinghi, who that time is the defending champion of the race and the challenger named BMW ORACLE RACING.  The Alinghi was finally defend their title in the 32nd America’s Cup, but these time the threat is unto them, when the BMW, ORACLE yacht club conform a challenge against them.  In the end, the BMW, ORACLE won the race, with a score of 2-0. 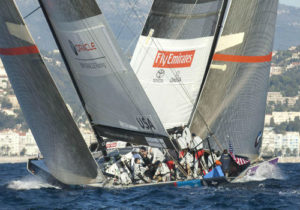 Now, we’re on our top recent winner of the year 2013, the BMW, ORACLE TEAM USA.  This time they must defend their title as the winning holder of the America’s Cup.  Their challenger is from the Royal New Zealand Yacht Squadron, the race held on San Francisco Bay.  In the end of the race, the scores comes up with a 9-8, it’s a very close and tight race, but still the Oracle Team USA wins. 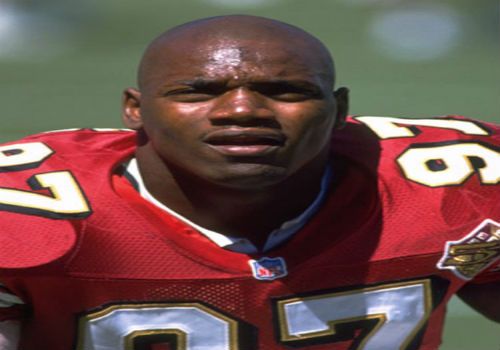