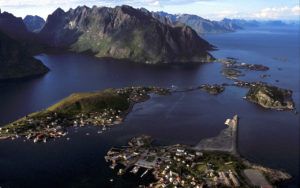 Norway is a northern most country in Europe and this large peninsula is shared with Sweden to north along with Finland and Russia. Norway is a sparsely populated country with a rugged landscape, forested hills and valleys with amazing scenery, islands and waterfalls