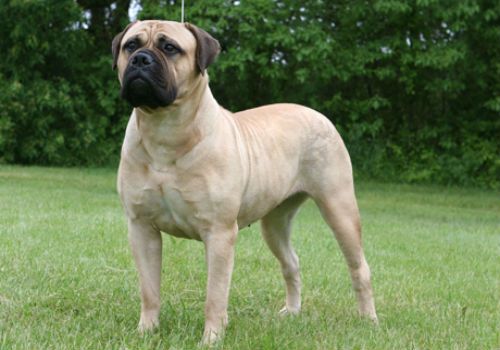 Fierce Guard Dogs of All Times

We all yearn for security more so when you are staying in a place that is insecure. The guard dog is a dog that prevents one from entering your property. Their appearances are scary and intimidating that is the reason these dogs pass to be guard dogs. They have the potential to do damage to anybody and for that, people fear them. All the breeds in the top list are fierce dogs. The Rottweiler and Doberman do an excellent job when it comes to guarding properties. So, anytime you are in need of a guard dog. These are the breeds you should go for. 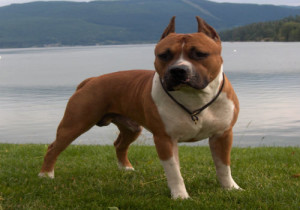 In the best top ten guard dogs, Staffordshire Terrier is position 10. From its features you can tell that the Staffordshire Terrier Guard Dog is strong. It has a muscular, stocky and broad powerful head. The jaw is very strong. The coat is made up of thick, stiff, glossy hair. The undocked tail is short compared to the dog’s size. The Stafford Terrier is an intelligent, happy, outgoing, stable and confident dog. It can pass for a family pet for it is good with children and adults. It is an extremely intelligent and courageous dog that is very full of life. Highly protective of its owner and owner’s property. It can tolerate pain. When you have it you can be assured of security. 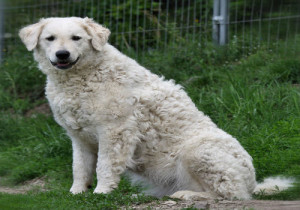 In the best top ten guard dogs, Kuvasz is position 9. It is an ancient breed of Hungarian origin. It is a large dog with an odourless white coat. The head is considered the most beautiful part of the body. The muzzle is in proportion with the head. The nose is black with large nostrils. It is an intelligent dog who has some clownish humour. It is a good family dog and can be close with the family only if you display a natural and firm authority over it and it is trained thoroughly and raised with children from the start. Otherwise, it is an outstanding herder and defender of the flock. 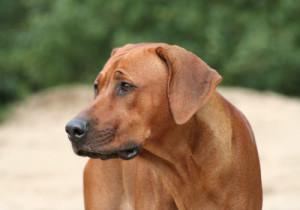 In the best top ten guard dog, Rhodesian Ridgeback is ranked 8th. This dog is a breed developed in Southern Africa. Earlier it was known as Van Rooyen’s Lion Dog, the African Lion Hound or African Lion Dog. This dog is a large muscular hound.  A huge dog weighing just about 100 pounds. The eyes are round. He is easy to spot among other dogs, because of its tiny Mohawk running down his spine. He is a fast runner who has a strong protective instinct.  When he notices an intruder, he will put his muscled body between his human family before barking, snarling or attacking. He is a dog who will protect his family no matter what. He gets along with cats as well. In short, he is a loving dog. 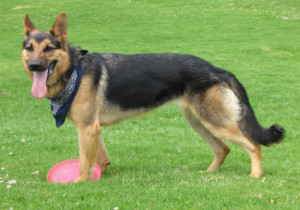 In the best top ten guard dog, German shepherd is ranked 7th. This dog is fierce but friendly. German shepherd dog has a commanding look. Sturdy and lean, it has a slightly convex forehead, long muzzle, pointed ears and almond shaped eyes. It does many tasks; it can protect, play a game, and act as a guard dog, police dog or herder. Very intelligent dogs no wonder it can perform various tasks. It has great instinct and should be engaged all the time. If left alone German shepherd gets bored and feels neglected. Once neglected it can resort to chewing furniture, digging up flowers and other mischief. With a lot of training it would be loyal and protective. They come in three versions: shorthaired, medium-haired and long haired. 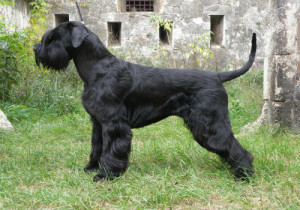 In the best top ten guard dogs, Giant Schnauzer is ranked 6th. This dog is named after an actual dog ‘Schnauzer’ who lived in Germany in the 1870. It has a long rectangular head with small, deep eyes and highly set ears. It has a thick under coat and a rugged, wiry outer coat. Giant Schnauzer is intelligent, brave and is fun to be with. As for the family, it can get along well with children, dogs and other pets and when trained they are best behaved. This dog should be groomed frequently. It requires a lot of exercise including daily walks and vigorous playtime. 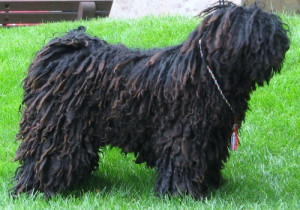 In the best top ten guard dogs, Puli is ranked 5th. The ancient sheep dog of Hungary, Puli is a dog that herds flocks and that is what it has been doing for more than 1000 years to Hungarian shepherds. Puli is intelligent and has a lot of humour. It is a family dog with a lot of love. Puli make very good guard dogs as they are protective of their masters. It is protective and suspicious of strangers. Mostly preferred in the farm though can be found in other locations. It is also a task dog with some being used as police dogs. Puli dogs are playful and fun to be with. 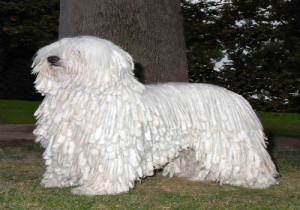 In the best top ten guard dogs, Komondor is ranked 4th. This dog has massive bone structures which are meant for guarding flocks. It has a large head with a short and dark muzzle. You might think that he was meant to mop floors from his appearance. Beneath that hair there is an intelligent protective and highly protective dog. His protective instincts and suspicion to strangers leads to him attacking someone he thinks a treat. The way he sits there and just watches quietly can scare one. He should be trained to know people at an early age so that he gets used to the family. Once he accepts a new owner he will remember him and treat him as a member of the flock. He sometimes acts aggressive towards dogs so be careful with him around dogs. Make sure that the coat is kept free of parasites and dirt. Know that if you wet the coat it can develop an unpleasant mildew odour. 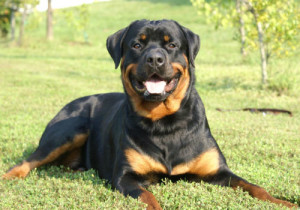 In the best top ten guard dogs, Rottweiler is position 3. Rottweiler is one of the most recognizable breed with his large head, muscle body and handsome black and tan markings. He is intelligent, strong and loyal. He is a big dog weighing 135 pounds. Uses his protective instincts and independent judgment when his territory or family is threatened no wonder he is used in police work. Even that, he is a gentle friendly family dog. Should be trained at an early age to be friendly with children, strangers and other pets if they have to be members of the family. They can easily put on weight so need 10 to 20 minutes walk daily. Over the years Rottweiler has passed as a police dog, herding dog, service dog, therapy dog and obedience competitor. 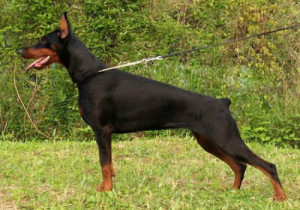 In the best top ten guard dogs, Doberman Pinscher is position 2. He is the most loving and stable dog. It is the right dog for you if you are ready to offer that love. You have to check on his health and temper for you to keep it. A Doberman can be good if you provide loving leadership. A very intelligent dog and do not underestimate its intelligent because it is one of the smartest dogs. The owner has to pay attention to him or else he will be outsmarted. Apart from knowing that his job is to protect the family, Doberman can anticipate danger and threats. If he is not free with you as a guest, he can become suspicious and cause danger. A Doberman can be a fairly easy dog to care for. Just keep his nails trimmed, his body lean and exercised with weekly brushing. He is a barker too. 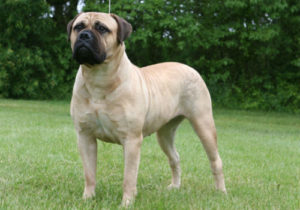 In the best top ten guard dogs, Bullmastiff is position 1. This dog weighs 100 and 130 pounds and has a mind of his own. They are guard dogs who will protect members of their family. They require a fenced yard for they do not love other dogs especially if they are of the same sex. He is devoted to the human family more so children if well socialized and well bred. For it to be considered number one, a Bullmastiff competes in obedience, agility, tracking and carting. Bullmastiff drools after eating, drinking, exercise, while smelling food and when stressed. He is not much a barker. Trim his nails and brush him weekly while keeping his ears clean. If brought very close can make a perfect family member who will guard over you with love. He is a lover of children too. Mostly a silent guardian of your home and children, you wouldn’t go wrong with Bullmastiff.