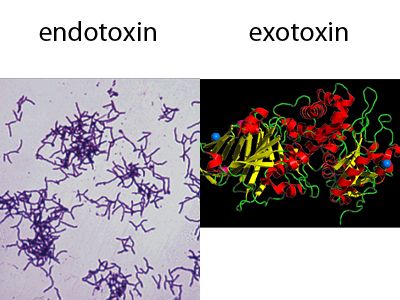 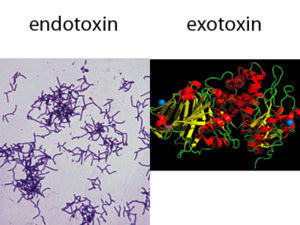 Various bacteria are being produced due to the contamination of foods, unwanted chemicals and beverages that we intake. Some toxic substances originated from a filthy environment which means no proper sanitation and poor personal hygiene are the typical causes. The term “toxin” was derived from the Greek word, “toxikon” which means poisonous substances that invade and destroys the healthy living cells. Toxins vary into two major types that consist of Endotoxins (endogenous toxins) and Exotoxins (exogenous toxins).

The word endo came from the Greek word “endon” which means inside or within. Therefore, Endogenous toxin refers to bacterial microorganisms that have a chemical composition of lipids and lipopolysaccarides covering the external membrane of the cell wall that will undergo to lyses. The process of lyses will cause fever as the defense mechanism of the body which implies the immune system is temporarily weak. In terms of heat reactions, because of the possibility of fever, these toxins are stable and can tolerate even up to 250 degrees Celsius. Most of these bacteria include Salmonella, E. Coli, Shigella and Vibrio Cholerae that might further cause diseases such as Meningococcemia, diarrhea and gastroenteritis.

On the other hand, exogenous toxins derived from the Greek word “exσ” which means outside or external. These envenomed polypeptides or proteins are secreted by the bacteria and released from the cell. In terms of heat sensitivity, these toxins can tolerate a 60 up to 80 degrees Celsius since the immune system can manage to defend the body from these infections. Most of these bacteria include Staphylococcus aureus, Streptococcus pyogenes and Bacillus anthracis that might further cause infections such as tetanus, pneumonia and impetigo.