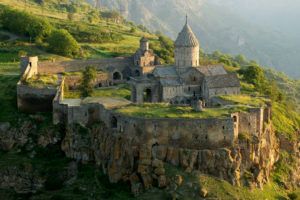 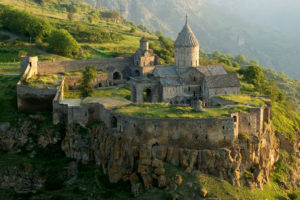 Armenia is an ancient landlocked country over 3000 years old situated at the crossroad of Europe and Asia. It is bordered by Turkey to west, Georgia to north, Iran to south and five percent of the country consists of lakes and the mountain valleys create a great microclimate with scenery ranging from lush forest to mountain ridge. The country is featured by incredible fortress, natural scenery and highlands surrounding mountains