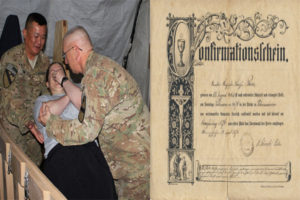 Most of us are being confused with using the English terminologies. Sometimes we are being misinterpreted when expressing thoughts and ideas. Words, that pertains to the same syllabication, same root word and somewhat identical in meaning, are inappropriate and often mistakenly used. The common misconception is that interrelated words can be used interchangeably since these words are somehow synonymous with their definitions. Take for instance the words affirm and confirm, what are their differences?

Both words are in the form of transitive verbs. When we speak of this type of verb, it is simply defined as a verb that needs a direct object. The question “what”, is often being asked to test the direct object if there’s any and to validate if the former receives the action of the verb. Both contain the root word, “firm” when used as a transitive verb, and then it refers to making something stronger which implies conviction. Whereas, the words affirm and confirm describes the act of uttering something out of confidence or testifying some statements.

Even if these words have almost the same figure of speech and somehow related yet still their genuine meanings differ. As a clarification, when we say, affirm, it means to validate, state something positive or express a dedication and conviction regarding a matter in an optimistic manner. On the other hand, confirm means to verify a statement or fact, to make an assurance of the information or to attest something. Affirmation is answerable by a “yes” connotation and does not depend upon a condition; whereas confirmation may lead to a “yes” or “no” answer depending on the condition.