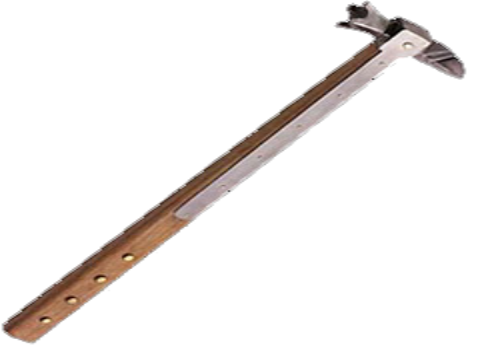 Medieval weapons were mostly designed to annihilate the enemy which is why most of them are very unique and are popular today. The world has been a witness to a lot of weapon from the early years up to now. Even with the advancement of the technology, experts on weaponry are trying to mold something that came from the medieval ages. If you are interested in knowing the top 20 frightening medieval weapons of all times, then below are the list of the outrageous weaponry in that period of time. 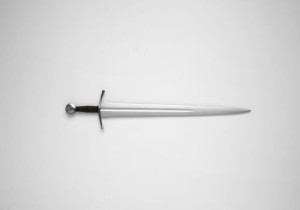 Type of Europeansword that has a single-handed cruciform hilt and straight double-edged blade of around 69 to 81 centimeters (27 to 32 in), commonly use from the 11th to 16th centuries designed for both cutting and thrusting. The arming sword was the standard military sword of the medieval European knight. 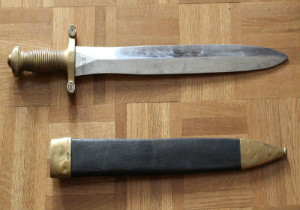 This weapon is a smaller version of thelongswordbut longer than a dagger or dirk, It generally has a double-edged blade, cross-guard, grip, and pommel. The blade is typically from 12 to 20 in (30 to 50 cm) long with a sharp point and weighs 2 lb (0.9 kg). 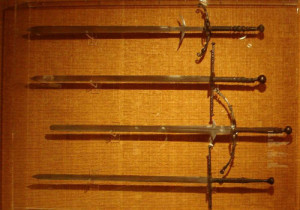 Also known astwo-handed swordduring the Renaissance period. It is called two-handed sword because it requires two hands to wield it. It is typically at least 1.4 m (4 ft 71⁄8 in) long and with a weight of over 2 kg. It represents the final stage in the trend of increasing size that started in the 14th century. 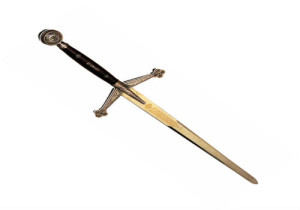 It is aScottishversion of the late medieval two-handed longsword. It is characterized as having across hilt of forward-sloping quillons with quatrefoil terminations. It was commonly use during the 15th to 17th centuries. The average claymore is about 140 cm (55 in) in overall length, weighs around 5.5 lb (2.5 kg). 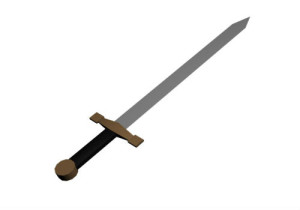 A European sword characterized as having a cruciform hilt with a grip for two-handed use and a straight double-edged blade of around 90 to 110 cm (35 to 43 in), use during thelate medievaland Renaissance periods with early and late use reaching into the 13th and 17th centuries. 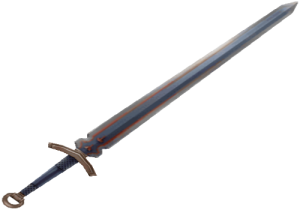 A very effective and well-rounded medieval weapon that is usually a straight two-edged blade; broadsword is fairly quick and deals reasonable damage to the opponents . It can do swing damage with the horizontal and overhead slashes, and pierce damage with the stab. Broadswords were favored in the Elizabethan period of England. 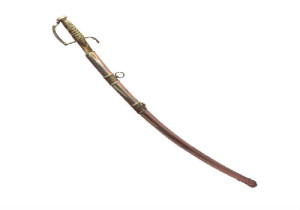 Swordthat usually has a curved, single-edgedblade and a rather largehand guard, covering the knuckles of the hand as well as the thumb and forefinger. The length of sabres varied, and most were carried in a scabbard hanging from a shoulder beltusually with slings of differing lengths to hang below the rider’s waist level. 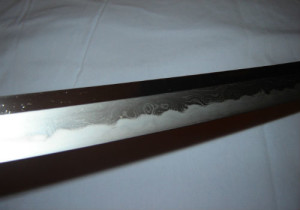 Commonly use in feudal Japan, also commonly referred to as a “samurai sword“.The katana is characterized by its distinctive appearance: a curved, slender, single-edged blade with a circular or squared guard and long grip to accommodate two hands.  The first use of “katana” occurs as early as the Kamakura Period 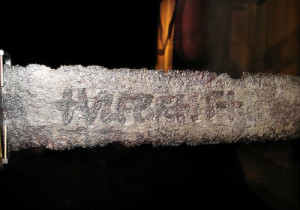 Is a weapon of the Viking Age. It was a development of the Roman spatha, evolving out of the Migration Period sword in the 8th century, and into the classical knightly sword in the 11th century. Blade length varied from 71 to 84 centimetres. Examples have single, deep, wide fullers running the full length of the blade. 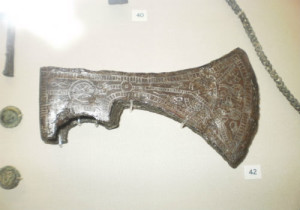 The medieval battle axes were rampant in Europe in the Viking Age. They were used throughout the rest of the middle ages until the end of the 16thcentury. Axes made for battle ranged in weight from slightly over 0.5 kg to 3 kg, and in length from over 30 cm to upwards of 1.5 m. 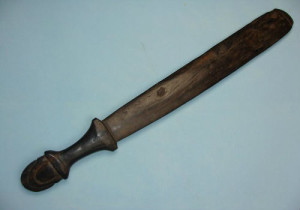 A club is essentially a short staff, or stick, usually made of wood, and wielded as a weapon since prehistoric times. It was also an early medieval weapon and was originally a simple heavy piece of wood. Over centuries it changed along with the changes in technology and armory sample is a spike club. 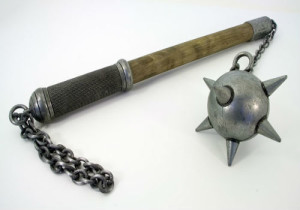 May refer to two different weapons: a two-handed infantry weapon derived from an agricultural tool and a one-handed weapon. Both involve a separate striking head attached to a handle by a flexible rope, strap, or chain. The two-handed variant were use in a limited number of conflicts during the European Middle Ages. 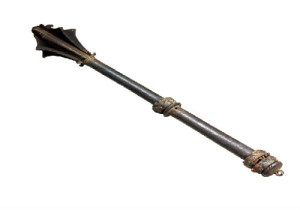 Blunt weapon, a type of club or virgethat has a heavy head on the end of a handle to deliver powerful blows. A mace usually consists of a strong, heavy, wooden or metal shaft, often reinforced with metal, featuring a head made of stone, copper, bronze, iron, or steel. 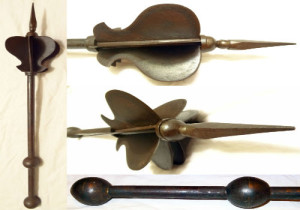 A deadly weapon that is best when used to overwhelm opponents with repeated strikes. It deals more damage than the broadsword and is slightly faster, though its reach is considerably shorter. It is among the powerful 1handed blunt weapons in the medieval time in terms ofdamage, with its only drawback being its reach. 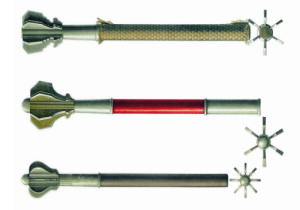 A type offlanged maceoriginating in the 12th century in the region of Kievan Rus’ and later widely used throughout Europe. was often carried as a ceremonial mace of rank by certain Eastern European military commanders. The name comes from the Slavic word перо (pero) meaning feather, resembling an arrow with feathering. 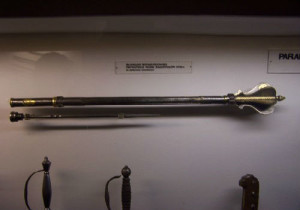 These are Old Russian shock cold weapon during the XIV—XVII centuries. It represents a mace version on which head 6 metal plates — “feathers” are welded. The first Shestopyor had the total length about 60 cm and triangular section of edges and weighs2.7 kg. These also is a symbol of the power of military leaders. 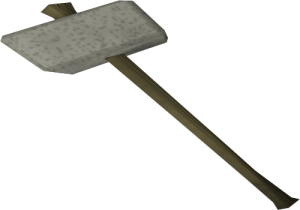 Long-handled hammer with a heavy metal head, either of lead or iron. It is somewhat similar to a modern sledgehammer but is sometimes shown as having a spear-like spike on the fore-end of the haft. The use of the maul as a weapon seems to date from the later 14th century. 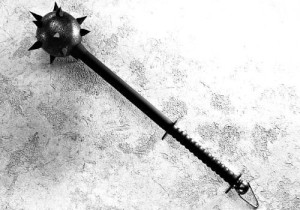 A medieval weapon consisting of a spiked club resembling that of a mace, usually with a long spike extending straight from the top and many smaller spikes around the particle of the head. It is first came into widespread use around the beginning of the fourteenth century and is often applied to the military flail. 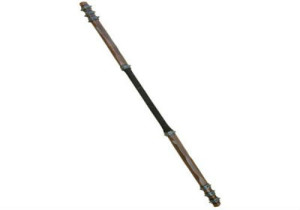 Can be called as short staff is a traditional European pole weapon and a technique of stick fighting, especially as in use during theEarly Modern period. Refer to a shaft of hardwood from 6 to 9 feet (1.8 to 2.7 m) long, sometimes with a metal tip, ferrule, or spike at one or both ends. 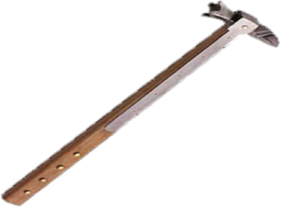 Is a latemedieval weaponofwar intended for close combat action, whose design resembles the hammer and somewhat similar to that of an ice axe. The handle may be of different lengths, the longest being roughly equivalent to the halberd, and the shortest about the same as a mace.