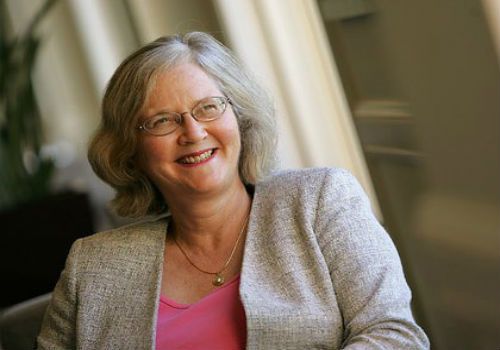 When we think of cancer, oftentimes we cannot help but feel uneasy. We associate it with severe pain, even death sometimes. But what is cancer? Is there any cure for cancer? To start with, our bodies form new cells to replace the old ones. However, there are times when the process goes wrong. Our bodies create new cells even though we do not need them and those old cells which should die do not. In time, these extra cells form to create a mass called tumor. Tumors are classified in two: benign and malignant. Benign tumors stay in one place whereas malignant tumors spread and invade our body. This invasive abnormal cells in our bodies is therefore known as cancer. There are several types of cancer, mostly named from where they start. Symptoms and treatment depend on the cancer type. Most of the treatment procedure involves surgery, chemotherapy (a type of cancer treatment that uses drugs to destroy cancer cells), radiation, hormone therapy, biologic therapy or stem cell transplantation.

Here are some of the doctors who are specialized in different types of cancer research. 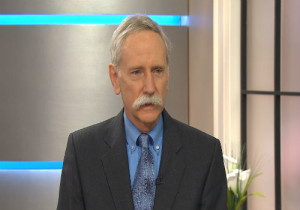 A Professor of Epidemiology and Nutrition and Chairman of the Department of Nutrition at Harvard School of Public Health and Professor of Medicine at Harvard Medical School. In 1986, he started a prospective study of diet with regard to cancer and cardiovascular disease among 52,000 men. His research findings show that animal fat and red meat consumption are associated with having the risk of colon cancer. 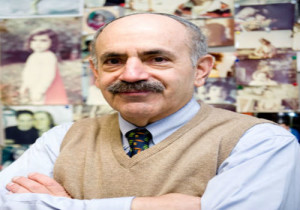 A founding member of the Whitehead Institute for Biomedical Research and the Daniel K. Ludwig Professor for Cancer Research at the Massachusetts Institute of Technology (MIT). His research is focused more specifically on how primary tumor cells invade the whole body and metastasize and how this process depends on the formation of cancer stem cells. 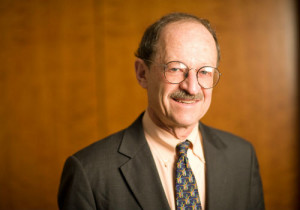 A co-recipient of a Nobel Prize for studies of the genetic basis of cancer, he was nominated by President Obama as Director of the National Cancer Institute on May 17, 2010. He was then President and Chief Executive Officer of Memorial Sloan-Kettering Cancer Center. In his research, he uses different experimental approaches to understand the molecular mechanisms of oncogenesis (the formation and development of tumors). For the past years, his laboratory has focused on their researches to gain an understanding of human lung cancer. 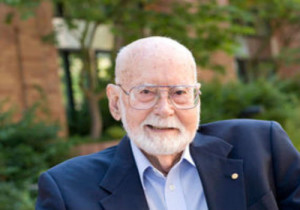 He is a hematologist who earned a Nobel Prize in 1990 for establishing bone marrow transplantation as a successful treatment for leukemia and other blood conditions. In his researches, he learned how to match tissue types between unrelated donor and recipient. After several years of perseverance, his team finally performed a successful operation. Dr. E. Donnall Thomas died at the age of 92. 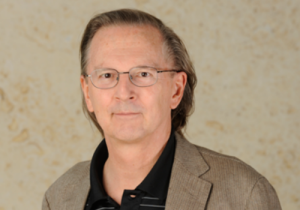 He is a Chairman of Scientific Advisory Board at Ra Pharmaceuticals, Inc. He is also an Investigator of the Howard Hughes Medical Institute, Professor of Genetics at Harvard Medical School, and the Alex Rich Distinguished Investigator in the Department Molecular Biology and the Center for Computational and Integrative Biology at Massachusetts General Hospital. His laboratory focuses on the origins of life and the construction of artificial cellular life. 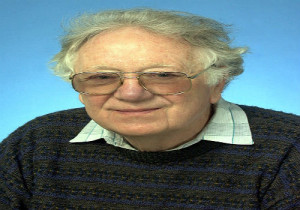 A British-born American geneticist and Nobel laureate, credited with the invention of gel electrophoresis in 1955. His research interests include the construction of animal models of complex human genetic diseases to better understand the studies of their genetics and the pathology and to help develop new modes of treatment, including gene therapy. They are currently focusing on hypertension and hemoglobinopathies. 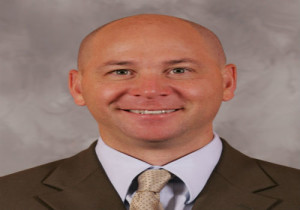 He is a professor in Burnett School of Biomedical Sciences. He, along with other professors, developed the mechanisms of epigenetic programming in cancer. Epigenetic information is layered over the genome and its placement and removal are important features of homeotstatic growth control and the ability of cells to maintain a stable genome. The work has far reaching consequences since the team had discovered a powerful evolutionary force that drives the outgrowth of tumor cells. 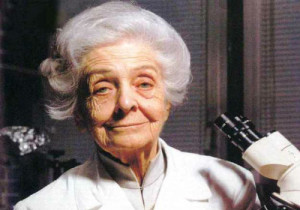 An Italian Neurophysiologist, she won the 1986 Nobel Prize for physiology or medicine for the discovery of nerve growth factor (NGF), a protein that causes developing cells to grow by stimulating surrounding nerve tissue. Her research opened the way for the study of how to find the possible cure for diseases like dementia and cancer. 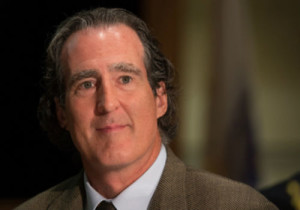 A Chairman in Molecular Medicine at BlaisUniversity and Co-Director RNA Therapeutics Institute, he won the Nobel Prize in Physiology or Medicine in 2006 for discovering RNA interference, which can stop genes in their tracks. This discovery could also yield new medical treatments which could go as far as treating cancer. 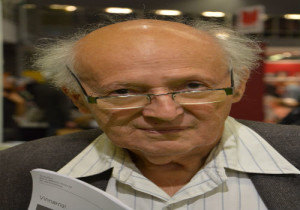 He is a Hungarian-Swedish biologist who specializes in cancer research. Among his many accomplishments is the discovery that several widespread neoplasms, Burkitt’s lymphoma, and nasopharyngeal carcinoma have a common origin in the Epstein-Barr virus. Another landmark discovery was the role of chromosomal translocations (another type of chromosome abnormality) in the activation of proto-oncogenes. 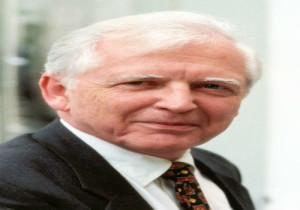 He is a long-time chairman of the board of the German Cancer Research Centre (DKFZ) and honorary professor of the University of Heidelberg. He has also been awarded the Nobel Prize for medicine. His investigations of how cervical cancer is triggered by virus infections made it possible to develop a vaccine against this kind of cancer affecting women. 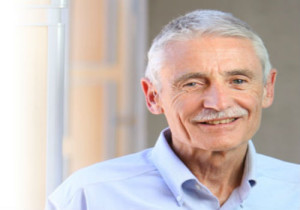 He is a Virginia G. Piper Chair in Personalized Medicine at the Center for Sustainable Health, BiodesignInstitute, Arizona State University. He was awarded the 2001 Nobel Prize in Physiology or Medicine for identifying genes that control cell division in yeast. He discovered that the genes turned out to be the universal machinery for cell growth in organisms from fungi to frogs to humans. This discovery provided clues to cancer and had led other scientist to explore ways to stop abnormal cells from dividing. 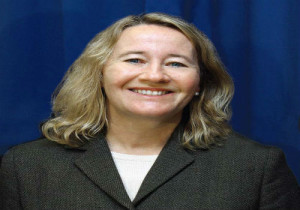 She is a Daniel Nathans Professor and Director of Molecular Biology and Genetics Institute for Basic Biomedical Sciences, Johns Hopkins School of Medicine. She uncovered a mechanism that’s fundamental to one-celled pond dwellers including humans. Telomerase mutations cause autosomal dominant dyskeratosiscongenita. People with this disease die of bone marrow failure, likely due to the stem cell loss. Scientific studies which, to this day, probe connections between telomerase and telomeres to human cancer and diseases of aging. 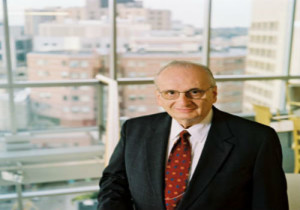 A professor at Harvard and director of the vascular biology program at Children’s Hospital Boston, is considered the father of the idea that tumors can be kept in check by choking off the supply of blood they need to grow. He also discovered endostatin and angiostatin as potential cancer fighters. His discoveries ushered in an era of new hope about an end to cancer. 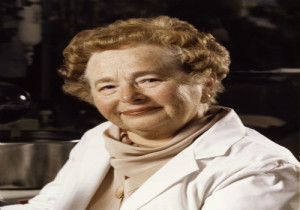 An American biochemist and pharmacologist, she helped develop drugs to treat leukemia and prevent kidney transplant rejection. She won a Nobel Prize for medicine in 1988. Her research led to the development of Imuran, a drug that aids the body in accepting transplanted organs, and Zovirax, a drug used to fight herpes. She also helped develop drugs to treat many major diseases, including malaria and AIDS. 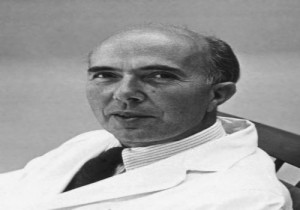 An Italian American virologist who shared the 1975 Nobel Prize in Physiology and Medicine for demonstrating how certain types of viruses invade mammalian cells to cause cancer. He is also a global leader in cancer research. One of his most celebrated contributions is the advocacy of the human genome project. He believed that this is a prerequisite to understand the nature of cancer. 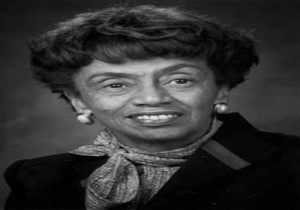 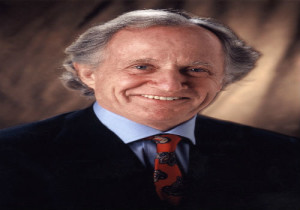 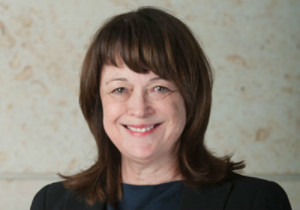 She is an American biologist best known for her work on the olfactory system. She was awarded the 2004 Nobel Prize in Physiology or Medicine, along with Richard Axel, for their work on olfactory receptors. She believed that there could be some practical applications that might arise out of her work. It could be possible to restore a sense of smell to those who have lost it due to illness. 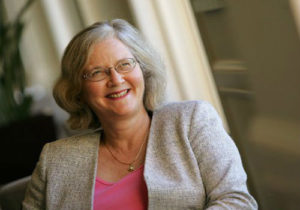 A Morris Herzstein Professor in Biology and Physiology in the Department of Biochemistry and Biophysics at the University of California, San Francisco, she is a leader in the area of telomere and telomerase research. She was awarded the Nobel Prize in Physiology or Medicine in 2009. She discovered the molecular nature of telomeres and the ribonucleoprotein enzyme telomerase. Telomerase is highly active in many human malignancies, and a potential target for anti-cancer approaches.