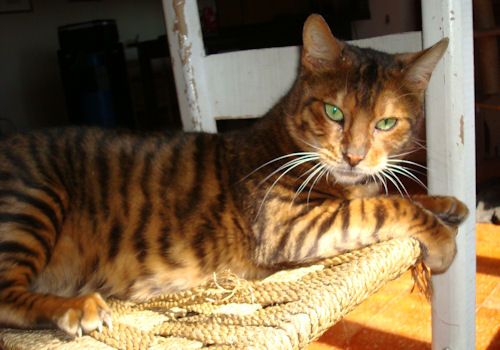 Many people would think that cats are very aloof and not sociable that’s why they prefer dogs most of the time; but what they didn’t know is that cats love to cuddle and play even the larger cats such as lions and tigers. There are certain cats that have certain personalities and most are categorized from their breeds. Being playful and intelligent has been a standard nature among cats as they usually prefer to be independent. They may look for proper recognition, love and attention; they can also be the best companions in every way.

Moreover, cats still thrive to show appreciation to their owners inspite of their health problems. They show their love by purring with their owners. Some cats may require less proper care and grooming but these can also be considered as part of the owner-pet bonding. They show their attentiveness to their owners by expressing their feelings in different ways. Cats are not the type of pets you can get just to play at and ignore at the end of the day. They are the type of colleagues whom you can trust. 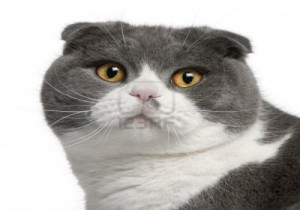 They found the cat’s mother but its ears were straight and the father was unknown. Up to this day, it is said that all Scottish fold came from Susie’s line.

Scottish folds are usually intelligent and sweet. They can easily adapt to new environment and people. They choose the person they would be devoted for so even if they play with other people, they single out that person with extreme adoration. 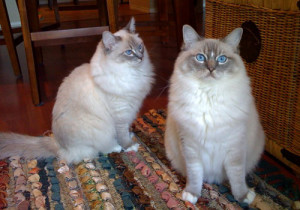 Children who love playing with cats may surely love Ragdolls. They are friendly that they will greet you at the door, or play fetch and sleep at night. One good thing about Ragdolls is that they can get along with the dogs.

Despite the fact that their size and weight can reach up to 20 pounds for males while 15 pounds for females, their ancestry is unknown. Ann Baker, the breed creator of Ragdolls, tried to develop a beautiful cat with gentle personality by mating domestic longhairs until she came up with Ragdolls.

These cats were named Ragdolls for their limp paws when standing. It is also said that their origins came from a cat named Josephine. 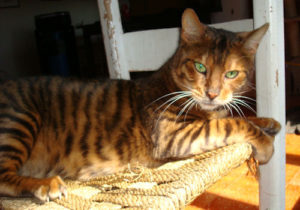 A breed was developed by Judy Sugden for people’s awarenessto care about the conservation of tigers all over the world.Toygers are a result of breeding domestic shorthaired tabbies in the 1980s. They can be distinguished with their tiger pattern, a coat pattern unique in domestic cats. Most Toygers are mostly short-haired so grooming would not be a problem. Additionally, they are muscular with inverted heart shape face resembling of a tiger.

Toygers are outgoing, friendly cats that likes interaction with other people. They are intelligent, easy to train and very laid-back making them an easy companion in every household. 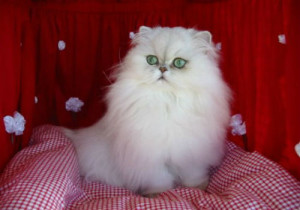 Persians areone of the oldest types of breed of cats being around for more than 125 years. Researches believed that these cats adapted the recessive long hair gene due to the climate in mountainous areas of Persia.

While Persians are intelligent cats, they are not active compared to other breeds of cats. They are also perfect companions for their sweet personality. If they do not get the recognition or attention they want, they tend to show their feelings to their owners but not to the point that they would be lively. Persians require more time in grooming; their fur would need to be brushed daily and should be free from mats. 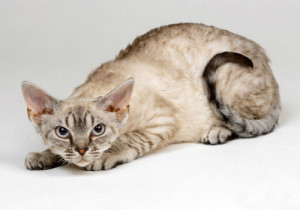 Manx cats may be hard to breed because of the difficulties on mating them, their fun-loving nature and can manage to get along with other pets such as dogs would certainly make them a champ for companions. They can make strong bonds with their owners even if they have challenges with health.

Just like any other cats, they love to play fetch and are usually amazed with water. Because of their powerful hind legs, they are great jumpers that would make them seem to look like rabbits since they are short-tailed too. Intelligent, lively, Manx cats are cats that you cannot ignore for their uniqueness. 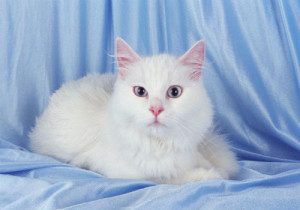 Playful Turkish Angora cats are also one of the types of cat children and other pets could get along at. Similar to Scottish folds, their origins are unknown. However, most people from zoos believed that odd-eyed Turkish Angora cats, cats with different eye color, were touched by Allah.

Attached, intelligent and talkative, Angoras are very expressive to their owners. They will not be contented once they get an idea to their head or you might end up in a long argument. Most of the time, they would play jokes and are mischievous enough especially when they are in the mood. Once they are finished with the mess they created and is contented with it, they would even sit nearby watching on it admiringly. 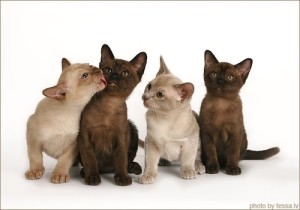 Burmese female and male cats have distinct characters despite the similarity to their traits. It is reported that Burmese cats are amusing and smart all in all and they can be interactive to the point that they can easily adapt wherever they go.

They are not very loud and communicative than Siamese cats but they would say things repetitively until you figure out what they were saying. Burmese cats are easy-going but they are choosy when it comes to food in most cases.

Researchers also said that the body shape of Burmese cats have changed gradually. In early 1950s, they were described as dainty and long. By late 1950s, they became similar to shorthairs and Siamese. 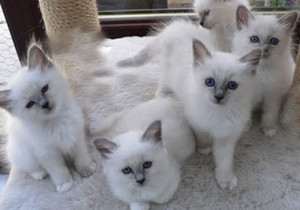 The soft, longhaired Siamese and Persian mix;Birman is a breed of cats that are considered as sacred cats that can be usually found in temples according to a legend.

Birmans are very affectionate and quiet. Though kids may not like them for not being very lively, quiet children might prefer them for their gentleness.They might need more time for grooming, but they are docile enough to sit for longer periods of time.Fear is also not something that can be found from these cats for they are usually curious with visitors. They are cats ideal for people who wants intelligent, easy to handle and quiet companions. 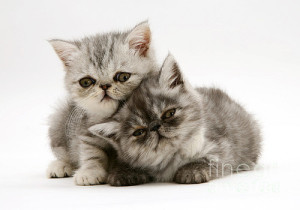 Exotic shorthairs are excellent lap warmers due to its dense coat and sometimes can be found being stroked by old women stereotypically in all kinds of media. They are the shorter-haired version of Persian cats.

Because Exotic shorthairs are also a hybrid of American shorthairs, they tend to be livelier than the Persians; however, they can be the same in terms of temper. Exotic shorthairs love playing catching the catnip mouse and are known to be very loyal, sweet and affectionate. They really want to be involved with humans and would go from room to room to see what they are doing. 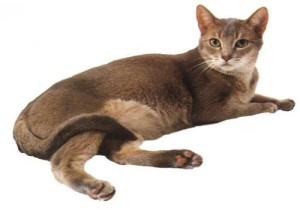 If you are looking for cats that want to be cuddled and played all the time, Abyssinians are just for you. They are very cheerful and curious that they would look on every room or cabinets to entertain themselves. They are independent enough to help themselves and needs lesser time for grooming. Abyssinians are the type of cats that you would know it is dinnertime when they approach you fast!

Among all breeds of cats, they are the most playful ones and never fail to seek for attention. They are also affectionate and the types that you can never forget.