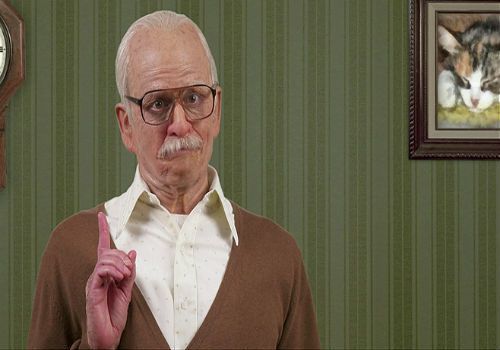 “Jackass Presents: Bad Grandpa” is another installment from the highly praised “Jackass” series. “Bad Grandpa is the fourth installment of the three “Jackass” prank movies that has preceded it. Unlike the three, it has follows a story filled with pranks and funny scenes. It is written by Johnny Knoxville and Jeff Tremaine and directed by Tremaine himself. “Bad Grandpa” is produced by MTV alongside Dickhouse Productions and is released by Paramount Pictures last October 25. It had a $15 million budget, and earned a total of $79,658,000 in the box office. Here is the list of the top ten characters of the movie. 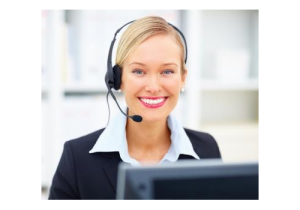 The girl receptionist is played by Marilynn Allain. She is the receptionist that entertained Irving (Johnny Knoxville) and Billy (Jackson Nicoll) after their whole day of road trip together. Their first day in their trip to head down to North Carolina to meet up with Billy’s irresponsible dad Chuck played by Greg Harries. 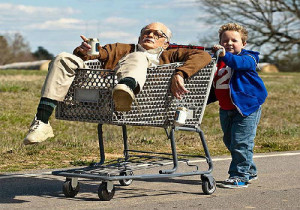 The movie is said to be an adventure filled experience between 86 year old Grandpa Irving and his grandson Billy. One of their adventures was being in a beauty pageant for kids. The hostess of the beauty pageant is played by actress, stylist, writer and blogger, Grasie Mercedes. Grasie Mercedes is a regular contributor for a lady’s website called “Hellogiggles” which is founded by actress Zoe Deschanel. 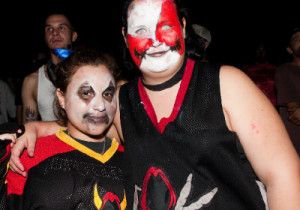 As they go on ahead in their adventure and road trip, the grandpa and grandson duo encounter a male and girl juggalo. Juggalos are people whose faces have been face painted in the likes of an evil clown. This word was made due to the fans of the Insane Clown Posse. 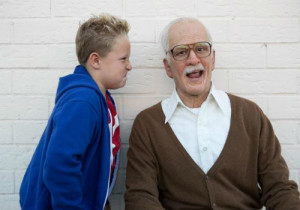 When Irving got his grandson again after he went back for him, they went on to participate in a beauty pageant, much like the Little Miss Sunshine pageant. Billy dressed up as a little American girl, with a sailor costume; he ended up tearing off his clothes and danced like a stripper. The pageant reporter is played by actress and producer Jill Kill. 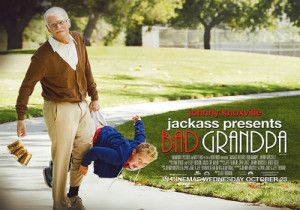 The doctor in the movie is played by newbie actress Kamber Hejlik, making “Bad Grandpa” her first ever movie. Kamber owns her own acting out studio and acts as a director teaching little kids how to act. She has also worked as a commercial actress, television actress, and has also done jobs in the film credits. 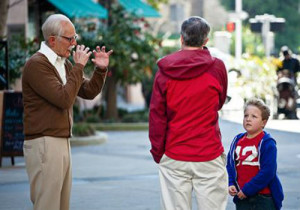 The character Kimmie is played by veteran actress Georgina Cates. Cates was previously known as Clair Woodgate. When she auditioned for a role in the movie An Awfully Big Adventure, she was rejected therefor prompting her to change her image and re-invent herself, changing her name to Georgina Cates. 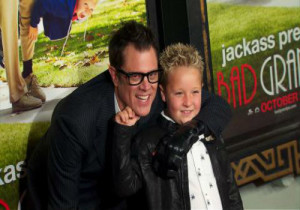 Chuck is the father of Billy, played by the actor Greg Harris. Chuck is a very irresponsible man, only agreeing to keep Billy because he thinks he can get money out of the child support. Greg Harris is a very popular stunt man in Hollywood, and his popular works include “A Good Day to Die Hard” wherein he was the stunt coordinator, John Carter, Knight and Day, and The Dark Knight. 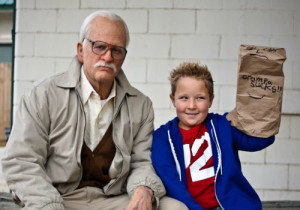 He is the second lead character in the movie played by nine year old Jackson Nicoll. Billy is the grandson of Irving played by Johnny Knoxville. His mom who is Irving’s daughter was sent back to jail for violating her parole, leading him to be taken by his grandfather to his father Chuck in North Carolina. In the movie, Billy outsmarts Irving, a type of acting that comes as naturally funny. 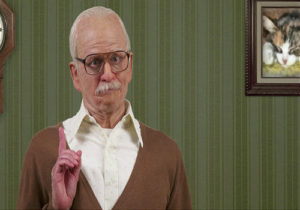 Irving Zisman is played by veteran funnyman Johnny Knoxville. Knoxville is then changed into looking like an old man, doing his usual thing. In this movie, he is not the mastermind of every prank; however, this time he is the victim of the prank. The movie follows the system of the Jackass series, filmed by hidden cameras, according to real life reactions of the people around. The only difference is that “Bad Grandpa” follows a written plot. The movie is a product of a $15million project, but it was such a huge success, it earned a total of $79, 658,000.