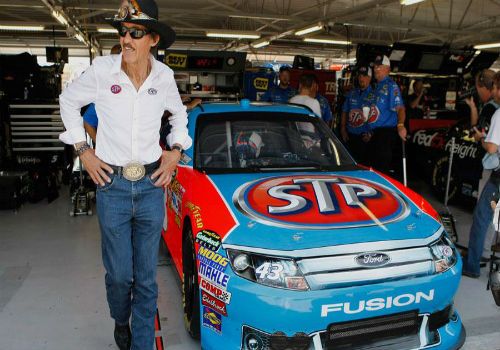 Do you love racing or watching a car racing? Almost all want to watch drivers who risked their lives in racing in a race track. This is why the movie ‘Fast and the Furious’’, ‘Speed Racer’ and ‘Need for Speed’ created. It will satisfy the audiences’ interest in racing. In the world of racing, the National Association for Stock Car Auto Racing (NASCAR) is one of the associations popular in terms of racing. But lets us know why did people want to watch racing?

Are you experienced to watch a live racing? What did you feel? Do you feel nervous if your bet is not on the top or feel excited if you saw your favourite race driver near in the finish line? In watching racing, it brings you mixed emotions; exciting, fear, nervous, etc. It is what a racing has. The impact to audiences of what happening in a race competition is the reason why many love racing. Even small children especially little boys feel happy when they watch a car racing.

Let’s go back to NASCAR. There are lots of drivers in the world of NASCAR competition. But in the competition, there are some amazing drivers that are granted to be great in the world of NASCAR. Do you want to know them? We don’t want to keep you waiting. Let us proceeds to the ‘Top Ten All-Time NASCAR Drivers’. Start your engine! The countdown to number one will be on yours. Go! 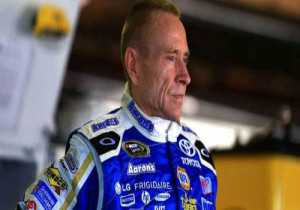 Our tenth placer to our countdown drives by Mark Martin. Who is he? He has born in Arkansan, U.S.A. on January 9, 1959. He used #1 US Army Chevrolet in NASCAR competitions. He is one of the famous NASCAR drivers because of different competitions he won. According to the reports, he won five in the IROC championship, 46 in NASCAR Bush Series and 34 in Nextel Cup. He is so talented. Also, he received different recognition such as one of the 50 greatest NASCAR drivers in the year 1998 and 1997 rookie of the year by American Speed association (ASA). In American Speed Association, he became their champion four times in the championships in the years 1978, 1979, 1980 and 1986. 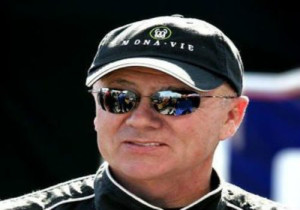 Geoff Bodine or Geoffrey Eli Bodine catches the ninth slot to our countdown. Being a race driver is a part of Geoff Bodine’s life. Did you know that he started to drive in a race track when he is only five years old? And most funny one is when he was 15 years old, he disguised to be a lady for him to enter the Powderpuff Division Race. So being a race driver flows to Bodine’s blood. Geoff Bodine became popular because he won 55 events in just a season only. This is why the Guinness Book of World Record declared him as ‘Most wins in season’. So we never confuse why Geoff Bodine received lots of awards and recognition and became one of the best NASCAR drivers. 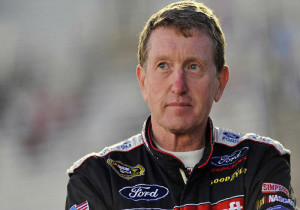 Let’s move on to our number eight. This is occupied by William Clyde “Bill” Elliot. He started as an ordinary person who loves racing. Later on, by the help of his father and his brothers, he began his career as a real racer. He became popular in one of the fastest NASCAR driver. He holds the record for faster speed in Talladega that reached the speed of almost 213 mph and also in Daytona International Speedway at the speed of 210 mph. He achieved lots of victories including Daytona 500, Southern 500, and Winston Cup Championship. Due to his achievements, he became part of NASCAR Hall of Fame, last May 21, 2014. 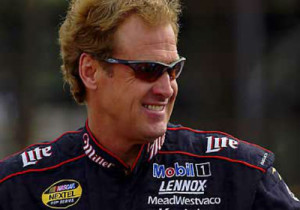 Russell William “Rusty” Wallace Jr. ranks as seventh best NASCAR racer. He is much known for his charisma and also, he always been watched as analyst in auto racing in ABC and ESPN. /but before he appeared in televisions, he became famous as a NASCAR driver. He received different achievements such as he declared as one of the Hall of Famer: the NASCAR Hall of Fame and Motorsports Hall of Fame last 2013, National Motorsports Press Association Hall of Fame last 2010 and many more. He became part of the 50 greatest drivers of NASCAR in 1998. He started a new career in ESPN and ABC as broadcaster covering the auto racing events. 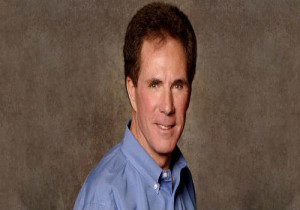 Darrell Waltrip is our sixth best NASCAR driver of all-time. Just like Rusty Wallace, he appeared at television as an analyst and a broadcaster. But before his career as a television personality, he became popular in achieving different victories and awards in NASCAR competitions. In fact, he was the first to win five times in Coca-Cola 600. Also, he won different race competitions including NASCAR Busch Grand National Series which he won 13 races, 7 races in American Speed Association, 3 IROC races and other race events. He also received different awards such as NASCAR’S Most Popular Driver Award in the year 1989 and 1990, 1979, 1981 and 1982 American Driver of the Year and 1980s NASCAR’S Driver of the Decade and many more awards. 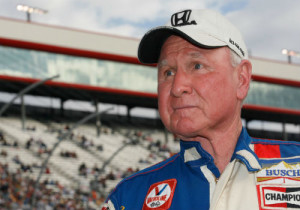 Let’s the race on burning to our fifth great NASCAR driver, Cale Yarborough! He became known for his achievements in NASCAR championship. In fact, he is one of the two racers who won three consecutive times in NASCAR Championships. He’s so amazing. But there are some facts about Cale Yarborough and his attempts as a racer. When he was teenager, he attempted to join Southern 500. But because of the rules in terms of age, he tried to lie his age but later on, it discovered so he disqualified. When he was in the right age, he attempted to rejoin to Southern 500. From now on, he became star in the world of NASCAR competitions. He stopped his career at the end of the year 1988. But until now, he receives several awards. The latest is he inducted in South Carolina Hall of Fame last 2013. 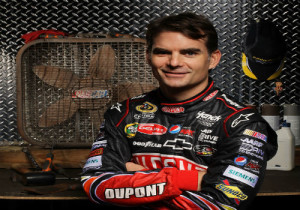 Our fourth slot goes to Jeffery Michael “Jeff” Gordon. We can say that Jeff Gordon is very professional in racing. Why? Just like Geoff Bodine, Jeff Gordon started his career as racer in a younger age. At the age of four, he owned a BMX bike that his father bought for him. But he started to race when he was five when he participate a race event for midgets. When he was teenager, he was much better in racing.  All of these became possible with the help of his family. So when he was 20 years old, he was the youngest racer to won the championship. Because of his expertise, he recognized by different media companies and organizations. He was one of the 50 greatest drivers of NASCAR, tenth greatest driver according to Terry Blount of ESPN and fifth best NASCAR driver as the Foxsports.com stated. 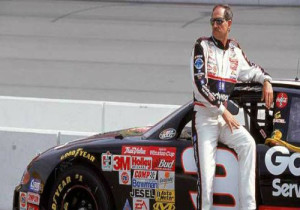 Let’s make a loud noise for our top three best NASCAR racers. We never keep you waiting to know the three racers who entered the top three. Our third placer grabs by Ralph Dale Earnhardt Sr., who was born at North Carolina. Why can we say that Earnhardt Sr. is one of the greatest? He became popular in the world of racing because of his styles. One of it is maneuver he does during 1987 season. He forced his car to the infield grass but the unique is he kept his control on his car, returned to track and still on the lead. This maneuver was called “Pass in the Grass”. He also became known as “Man in Black” because of his #3 car painted with black. He achieved different victories in different racing events including the Winston Cup Championship. He died after a race event in 2001. 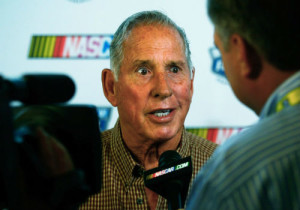 Our second best racer at all-times awarded to David Pearson.If we are talking about David Pearson, the name after him is Richard Petty. Why? It is because these two are always led the top. So if Pearson and Petty joined the same race competition, we were sure that the competition is very exciting. Let us know how Pearson entered as one of the best NASCAR racers. He started his pleasure to race in a simple ambition that he would like to be best driver. This ambition led him to several victories including championships. He became part of 2011 class of NASCAR Hall of Fame with the number of votes of 50 out of 53 voters. So we can really say that David Pearson is a great NASCAR driver. 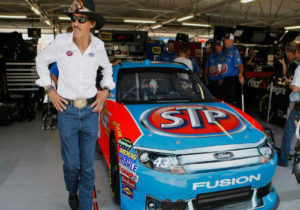 The driver who leads the countdown was given to Richard Petty. He was called as “The King” or “King Richard”. Why he called like that? He won almost countless of winning including NASCAR Championships which he won seven times. Being a racer is in the blood of Richard Petty. His father, Lee Petty, is also a car racer. This thing helped Richard Petty to be more professional in the world of NASCAR racing. The one of the most unforgettable events that includes Petty is the 1976 Daytona 500 wherein he spun with Person into the front stretch wall. Because his engine didn’t restart, Pearson passed him and wins. Even he failed to win against Pearson, he kept in achieving victories and also, awards. In fact, he awarded by President George W. Bush by the Medal of Freedom. He is the first NASCAR racer to award such thing.

Now we know the ten best drivers in the history of NASCAR. Do you feel excitement while reading? We hope so. Some of them start in a simple ambition. Maybe, your ambition to be a racer will lead you to be as one of the best future NASCAR racers. Why not!