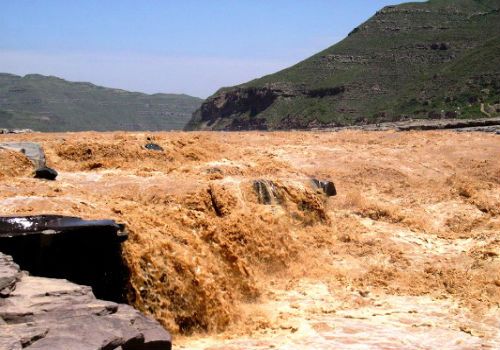 Top 10 Worst Floods of All Time

Nature has come down to challenge man bringing floods (or even earthquakes) and calamities. While man has been proven as tough and these have made him successful, floods never fail to wipe out and test the technology invented to keep millions safe. Others may have lost their faith but the rest decided to stay and rebuild their own lives.

Even so, we can say that these after-effects may also come from our own lifestyle: use and production of non-biodegradable products, toxic wastes that kill organisms promoting protection from floods and deforestation. Trees have been the best “cure” for floods as it creates a shade from wind and heavy storms; making the soil serve as a sponge to absorb water and avoid soil erosion. But due to overpopulation and misuse of our resources, these are being neglected despite of biodiversity.

We can still help on improving our economy and other sectors of livelihood while we preserve our natural resources by noting the most memorable catastrophes recorded in history to serve as a lesson of our mistakes. 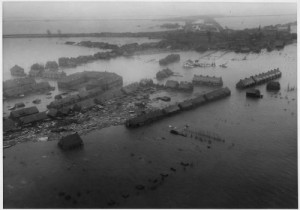 The North Sea Flood started in June as a misty rain and ended in November 1212 taking 60,000 lives. It affected most parts of the English Coast and Netherlands where a lot of buildings had collapsed and roads uprooted. The units invented could have saved thousands of lives but they have do not have the capabilities to provide cyclone warnings in order to hasten the rescue operations. Out of leap of faith to bring the nation up again, they had to rebuild the cities and took two years of process.

Up to this day, this flood is reminisced as a challenge across the country to surpass its obstacles. 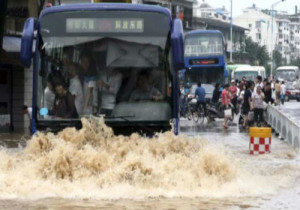 This flood was named after Saint Lucy, a Christian martyr being remembered every December 13th by Italians and Scandinavians, as it took place the day after in 1287. A dike collapsed after a storm tide struck in Netherlands as well as Northern Germany killing up to 80,000 people; making it the sixth major flood recorded in history.

St. Lucia’s flood can also be referred as the “Great Storm” apart from the other flood that occurred on February 1287, the Southern England Flood. These two floods including a surge in January 1286 caused the decline of the leading ports in Dunwich, Suffolk. 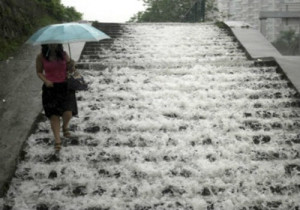 Being the longest river in Asia, not to mention the third longest in the world, the Yangtze River has always been the most important river in terms of economy, culture and history in China. Its length is about 3,964 miles or 6,380 kilometers receiving water from 700 minor tributaries. 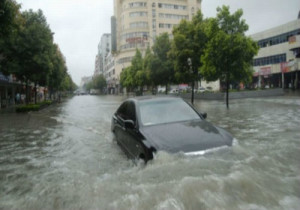 The Hanoi and Red River Delta Flood has been considered as a mysterious flood by the U.S. National Oceanic and Atmospheric Administration (NOAA). They found that the data gathered during the Vietnam War in 1971 was doubtedly accurate.

The dike overflowed on the heavily populated area killing more than 100,000 people in Hanoi due to torrential rains; wiping out all of the country’s resources, homes and livelihood, it also createda double effect on the havoc during the war. Additional findings were the areas flooded are not highly elevated and that there were very few of the tributaries that can settle down the flood. 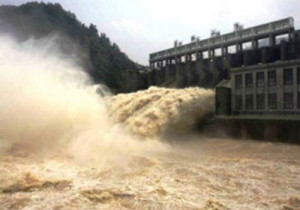 Unlike the St. Lucia’s Flood that occurred after the St. Lucia’s Day, the St. Felix’s Flood happened on the same day of the St. Felix Day, November 5th 1530. It caused extreme wreckage in larger areas of Flanders and Zeeland, eighteen villages that surrounds it, the whole East Yerseke,and then later on Verdronken Land van Reimerswaal.

The Reimerswaal was the only one that was not swept away due to its high elevation above sea level making it an island while the waters subside. However, as of this day, the area turned to a salt marshland after the water flushed most of its resources. The death toll rose to 120,000 and the country lost more than 100 million US dollars. 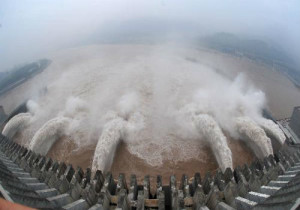 In 1935, another major flood hit the Yangtze River in China when a heavy rain came across in July. Among all the heavy floods in Yangtze River, this is one of the most disastrous floods killing 145,000 people while injuring and dislocating millions. It was recorded as the fifth deadliest flood in the world.

Despite the fact that there were survivors, many were also killed due to dehydration, hunger and poverty. Dreadful diseases such as leptospirosis, dermatitis, conjunctivitis and tuberculosis had spread out all over in China. The suicide rate had increased as many cannot find a job.

The Yangtze River has been used for major transportation while millions of people lived nearby for subsistence. 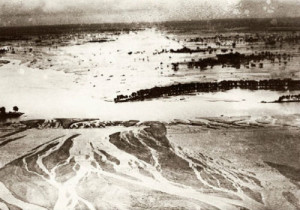 The Kaifeng flood or sometimes called the Yellow River flood was a disaster made by peasant rebels in Kaifeng now became a prefecture of the Henan province and Zhengzhou, an old capital of China, in 1642. The destruction on the dike system led ranging from 300,000 to 378,000 inhabitants killed and caused famine as well asplague among the survivors.

Kaifeng was abandoned by its residents until 1662 by the time it was rebuilt during the Qing Dynasty under the Kangxi Emperor’s rule. The flood was considered to bring the golden age of the Jewish settlement in China to an end. However, the synagogue and their community’s Torah have been destroyed. 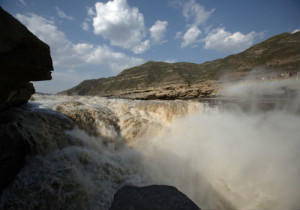 Chen Guofu, a Chinese politician from Zhejiang (now Huzhou), suggested to Chiang Kai-shek, a Chinese political and military leader, to open up the dike system on the Yellow River near Zhengzhou to keep the Japanese to overtake the western and southern part of China during the second Sino-Japanese War in 1937. They planned to destroy the dike at Zhaokou but after encountering some difficulties on the location, they destroyed the dike at Huayuankou on June 5th and 7th.

Flooding thousands of square kilometers of farmland, the water shifted to the south of the Yellow River affecting Henan, Anhui and Jiangsu. Controversies arise when they found that the Japanese soldiers were out of range during the flood. The number of casualties also went questionable because the government was not able to get accurate information due to the number of the bandits, nationalists, communists including the Japanese that should not be counted in the area. 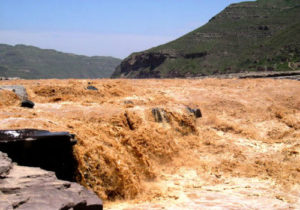 One of the most crucial floods on the Yellow River is the flood that happened in 1887. It killed approximately 900,000 people in the submerged area in China due to its rising waters on the dikes built by the farmers after a couple of days of rain. It is also said that this was caused by the accumulation of the silt on the riverbed and overcame the dikes on September 28th; increasing the elevation above sea level and spread out the water throughout Northern China covering 50,000 square miles.

The government lacked tools such as international units in order to measure the flood’s strength and obtain the extent the damage, the water depth and the number of casualties. Similar to the other floods on the Yellow River, a pandemic and the lack of necessities had caused perish of millions of survivors. 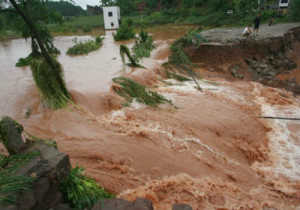 The 1931 Central China floods is considered as the most devastating flood causing chaos to up to 4 million people with a death toll of 145,000. It was a series of floods that occurred from July to August 1931 at the Yangtze River due to heavy rain for 3 consecutive days. Other rivers affected are the Yellow River and the Huai River.

Researchers found that there was a drought that afflicted China from 1928 to 1930. The abnormal weather started in the late 1930 when heavy snowstorms came across the central China followed by spring thaw and heavy rains. This has become a warning to the government to come up with organizations to fix the flooding problems.