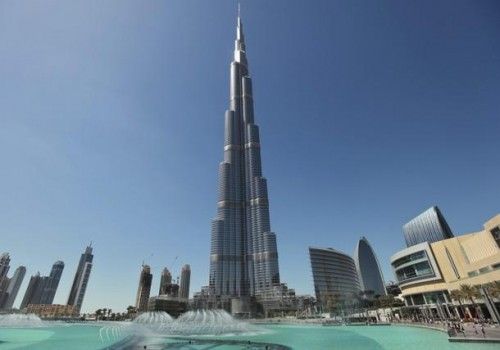 Over the years, man has achieved a lot of things. This is due to his innovative nature. This started with the spirit of invention. Things such as: wheel, electricity, engines etc. were invented. Likewise, buildings evolved in the same manner to what they are today.

Initially, man needed a building to act as a shelter but over the years with the advent of technology and population growth, there was a need for better and more elegant buildings.

This created a demand for skyscrapers for commercial purposes and for residential purposes.

A lot of employment opportunities were created in the construction industries from workers to architects and construction managers.

Besides that, the advanced nations put all their resources to construct the tallest competition to show their construction prowess. This has created competition among those nations to build skyscrapers which are not only tall but also able to withstand forces of nature and calamities such as: fire, storms, earthquakes and floods. The buildings are not only sophisticated on the outside but the inside is furnished with the latest technology. High speed lifts are used by people to ascend and descend the floors within a short time. Besides that, the buildings are well equipped to handle emergencies through emergency exits, tunnels etc.

The height of a building is measured from the ground level to its tallest point. In the paragraphs below, the top ten tallest buildings are listed: 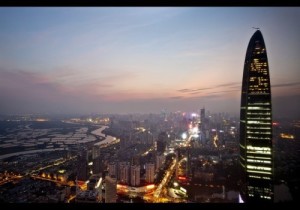 Kingkey 100 has several names. It can sometimes be known as KK100 or Kingkey Finance Plaza. The building has one hundred floors as the name suggests and it is located in Shenzhen which is a town located in the Chinese province called Guangdong.

The building is 441.8 meters tall making it the tallest skyscraper in Shenzhen and the fourth tallest building in China. Despite having 100 floors to the top, the building has four floors below ground level.  The building is owned by a real estate company called Shenzehn Kingkey Real Estate Development Company Limited and the company built the building for commercial purposes.

The team of architects behind the design of the building were: Huasen Architectural &Engineering Designing Consultants Ltd and TFP Farrells.

The building is highly spacious with 2000 parking spaces and approximately 249 hotel rooms. Despite that, the building has 66 modern elevators which have a maximum speed of 9 meters per second.

The architects won a Council on Tall Buildings and UrbanCTBUH award for constructing the 2012 best tall building in Asia. 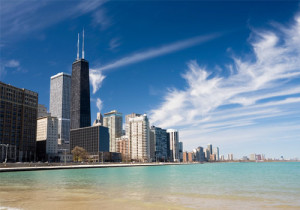 This skyscraper is the ninth tallest building in the world and the tallest in America. It is located in Chicago and the idea of its construction was first conceptualized in the year 1969 and completed in the year 1979.

The building has one hundred and ten floors and cost the owners 175 million U.S dollars to construct.

The building is highly furnished and modern and serves as an office building with many companies renting office space. Besides that, the building is a tourist attraction attracting visitors to Chicago. 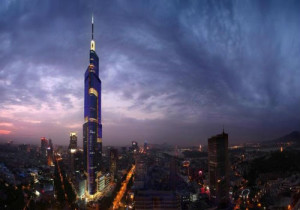 Zifeng Tower was formerly known as Nanjing Greenland Financial Centre. As the former name suggests, the skyscraper is situated in the Chinese city called Nanjing.  The building was first proposed in the year 2004 and its construction started the following year. By 2010, the building’s construction was completed making it the tallest in Nanjing and the third tallest in China.

The building has 66 floors above the ground level and 5 floors below. The building is highly furnished and modern as it has 54 modern elevators which have a maximum velocity of seven meters per second.

The building was built for office and hotel purposes and it has approximately four hundred and fifty offices and one thousand two hundred parking spaces in total.

Nanjing State Owned Assets is the owner of the building and the architects behind this masterpiece were: Skidmore Owings & Merril. 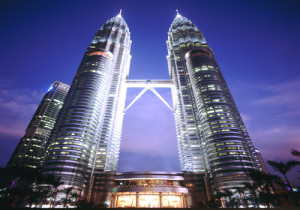 The building is 452 meters tall making it the 7th tallest in the world. The building can sometimes be referred to as Menara Petronas 2. It is located in Kuala Lumpur, Malaysia. The skyscraper has 88 floors above the ground and 5 below the ground.

The construction of that building started in the year 1992 and ended in the year 1998. The building is highly spacious with a floor to floor space of four meters and 5,400 parking places. Besides that, it has 39 elevators and 10 escalators adding to its elegance.

The following teams of architects were involved in the design of the skyscraper: 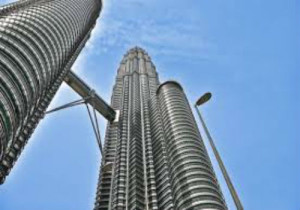 This building is sometimes known as Menara Petronas 1. It is located in Kuala Lumpur, Malaysia. The skyscraper is 451.9 meters tall and has 88 floors above the ground level and 5 below. The building was built in the year 1992 and completed in 1998.

The building is similar to Petronas Tower 2 and the two are sometimes known as twin towers. The two towers are owned by the same owners and designed by the same architects. The technical design and furnishing of the two buildings has been done in the same manner.

The two towers are taller than Willis tower though the tower has more floors. This is because, the architectural height of the twin towers is more than that of the Willis Towers. 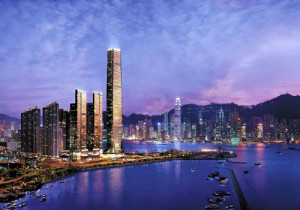 This skyscraper has been known to win three awards. It is 490 meters tall and 188 floors from the ground and 4 below the ground. The building has been constructed in Hong Kong, China and it is the tallest skyscraper in that city.

This building was built for office and hotel purposes. The building has a floor-to ceiling height of approximately 3.2 meters.

The architect companies behind the design of the skyscraper were: Kohn Pedersen Fox Associates and Wong & Ouyang (HK) Limited.

The building is highly modernized with proper furnishing and efficient transport systems as it has 83 elevators and 41 escalators. 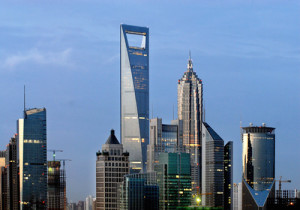 The building is located in Shanghai, China as the building name suggests. The building is the second tallest skyscraper in mainland China.  Its construction started in the year 1997 and completed on 28th August 2008.

It is well equipped with 91 elevators which move with a maximum of 10 m/s. The building was designed by Kohn Pedersen Fox Associates and Irie Miyake Architects and Engineers.

This building is has numerous floodlights which are a beautiful scenery at night. This attracts tourists to the city. 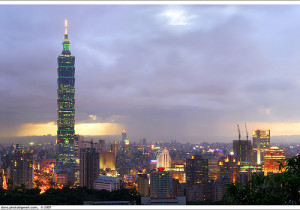 This skyscraper is sometimes known as Taipei Financial Center. This building is based in the city called Taipei, Taiwan. The architects behind the design of that skyscraper were C.Y. Lee &Partners. The construction of that building started in the year 1999 and completed in the year 2004.

Taipei 101 is 509.2 meters tall and has 101 floors from the ground level and 5 below the ground. The skyscraper is highly spacious with a floor to ceiling space of 2.8 meters. Besides that, it is equipped with 61 elevators and 50 escalators which help people move around easily within the building. The purpose of that building is for office and hotel purposes. 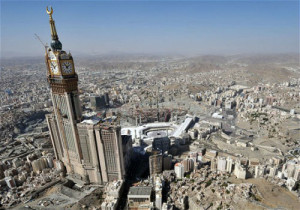 The skyscraper is owned by Saudi Bin Laden Group and was designed by Dar al-Handasah Shair & Patners architects. Its construction started in the year 2004 and completed in the year 2012. The tower was built for hotel purposes with 858 hotel rooms, 120 floors above ground and 3 floors below. It is well furnished attracting many tourists to Mecca.

Besides that, the building has up to date equipment with 96 elevators which help people move around the building with a lot of ease. 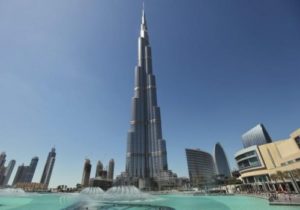 Emaar is the owner of the building and Skidmore Owings & Merrill was the team of architects behind the design of that magnificent building. Burj Khalifa has an architectural height of 828 meters, with 163 floors from the ground level to the top and 1 floor below.

The skyscraper is mainly used for: hotel, office and residential purposes and to achieve that, it was designed to accommodate a maximum of: 2975 parking spaces, 304 hotel rooms and 900 apartments.