Hollywood is the leading hub where stars showcase their ability to sell their art. The world’s most famous actress and actors who portray the power of imagination breed in Hollywood. They do it unthinkably purposely to leave you wanting for more and more of their catchy fiction. The likes of Tom Cruise, during their youthful age, managed to sneak their names into the Hollywood map. At a tender age of 19, with his attractive and handsome looks, he was able to shake the hollowed world with his innovative scenes .As it will be later emerge from his top 10 movies, one may tempted to brand him Hollywood genius but its only his fans who can certify that. The rise and rise of Cruise to stardom can be attributed to his passion to pull the crowd and he did so in style. This article boats some of his best movies. 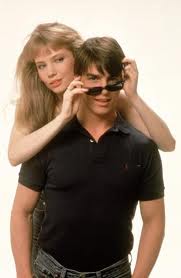 As the name suggests, the movie involved risking one’s life to acquire money. The movie utilized the Tom Cruise’s 19-year old good looks and charm to leave the fans gazing. One of the fans actually admitted watching the movie more than twice simply because he was moved by the actor especially the scene where Tom Cruise danced in his underwear to the dulcet tones of Bob Seger. Go out there and ask those people who are not even the fans of Cruise; they know the scene! Some of the best introductions into the movie include a young attractive Rebecca De Mormay who plays the role of an opportunistic prostitute.

In general, Risk Business attempts to explore the hypocrisy and absurdity of the upper class teen life. 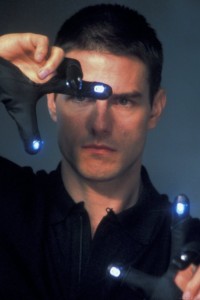 Over the years Philip K. Dick has been nothing but a prolific writer when it comes to the science of fiction. No wonder many of his short stories has been adapted by actors particularly Tom Cruise. This is one of the few movies that bear the same title as that of the source material.

Cruise plays the role of John Anderton who heads a new police division by the name Precrime. He uses his wit to arrest criminals who are about to commit a crime. However, when he realizes that his name is top on the list, he resorts to violence in the quest to clear his name before the execution of the actual murder is done. 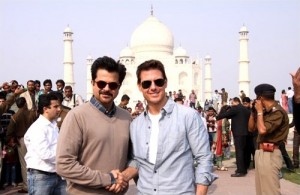 Can a franchise maintain its quality by the time the fourth installment is reached? From my previous experience it’s rare since most franchise fall apart as soon as the first sequel hits. However you will be surprised that Mission Impossible is an exceptional case. Most of the fans I have come across have a common agreement that the third and forth series are the best selling in the market.

Ghost Protocal was an exceptional movie right from its onset and it involved the IMF agents and Ethan Hunt. The latter are fellow agents to Cruise while the former is his friend. With a common goal, they fight in desperation to clear their names from the list of culprits suspected to carry out terrorism attacks in Kremlin. This is one of the best action sequences in the Hollywood history.

Any movie needs a crazy actor to stand out from the rest and this has been demonstrated in Ghost Protocal especially when Cruise shows his real character of throwing himself into his action roles. In addition, it’s in this movie that Brad Bird’s ability to spice live action movies is demonstrated. No wonder he is the most sought artist to direct action movies. 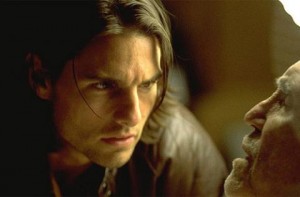 Most Hollywood fans would agree with me that cruise is an actor who always played either a central role or stayed in front in almost all his movies. A different scenario is seen when Cruise decided to join the cast of Paul Thomas Anderson’s 1999 drama entitled Magnolia. In this movie where cruise is among the nine main characters, the role of Frank T.J.Mackey is played by him. Frank T.J.Mackey is a handsome but slightly dodgy pitchman on an advertisement mission. 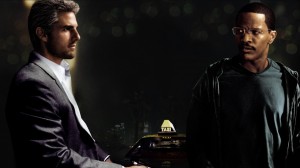 From his past movies, Cruise made his name on the score chart whenever he played the role of an attractive and charming man. His hard core fans could not think that one day he would switch to the role of a bad man. But he was here to break from the past and switch to the dark side. However, as it would emerge afterwards, this was the best Hollywood decisions he made.

In the movie, cruise was paired with Jamie Foxx where the role of a humble LA cab driver was played by the latter. Cruise on his part played Vincent who was an elegant but ruthless hitman. He carried out deadly executions that night with his driver Max doing what he could to make the mission successful. 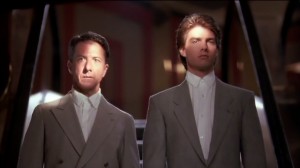 Cruise always starred the crowd when it came to comedy and action movies with same charming, eye catching and able man characteristics. The fanatics of Hollywood can confirm this! However, the Rain man of 1989 elevated him to a potential dramatic actor too.

In the early scenes of the movie, he showcased his ability to act. In this movie, cruise played Charlie Babbitt. Charlie was a business man and a car dealer. He always mistreats everybody in his life. It’s until he discovers the autistic brother he never knew that he decided to change. Though initially he exploits his brother’s supernatural memory to secure profit making deals, he matures to deeply care for his brother.

Born on Fourth of July 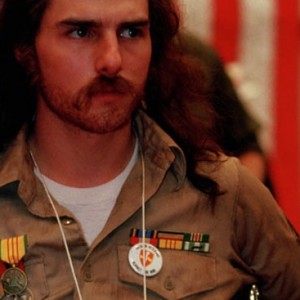 This was one of the movies that catapulted Tom cruise to stardom. The project tapped Cruise to play the role of Ron Kovic who was a veteran Vietnan and whose autobiography was used to develop the script the movie, the painful transition of Kovic from an idealistic young American to a tormented solder. Kovic is so embattled that he loses one of his legs after making serious ant war allegation towards the government.

A good number of Cruise’ 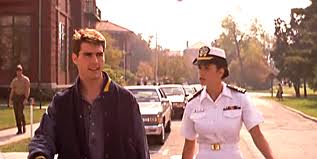 s movies boats some of the most iconic scene. A few good men is one perfect example. It’s a scene familiar with everybody including those who haven’t watched the thing. The scene involves a courtroom showdown between Cruise and Jack Nichsoln. Here, the latter insist that cruise can’t handle the truth.

The writer (Aaron Sorkin) adapted it from his stage play .Here, the role of the J.A.G. attorney is played by Cruise who pairs with investigator JoAnne and the duo are tasked to defend two marines for allegedly murdering a fellow corpsman. One of them had wanted to blow the whistle on an incident that occurred at Guantanamo Bay. Cruise’s usual role of an attractive leading man were still evident in this movie

Interview with the Vampire: The Vampire Chronicles 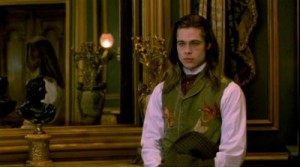 This is one of those movies that can move you into tears if you watch it. It givers a deep insight into some of the worst happenings a man can expect in his life. In the movie, Tom Cruise plays a man who is so dissolution when his life his surrounded with misfortunes that goes ahead to question if God is really seeing this. He seeks some of the difficult answers and if particularly if there is a difference between life and death as he faces death threatening black plague.

The movie is keen to unmask some of the worst events that unfold as he loses his pregnant wife. To make matters worse, his will to live is lost .Mercifully, vampire by the name Lestat comes to his rescue and offers to make him a night creature-a vampire. Without any time wastage, Louis accepts and his mortal blood is replaced with that of Lestat. This movie illustrates how Louis faces serious challenges in learning the ways of vampires. 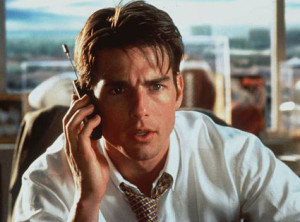 This is one of the most quotable Tom Cruise movies in the history of Hollywood. Unlike his other movies, Jerry Maguire is considerably an odd combination of romantic comedy and sports drama. Cruise, who plays the characteristic role of a professional sports agent, tries to dig into some of the most unethical issues in the industry. He finds himself on the fence since the move sounds good as far as his self esteem is concerned but rather threatens to spoil his career.