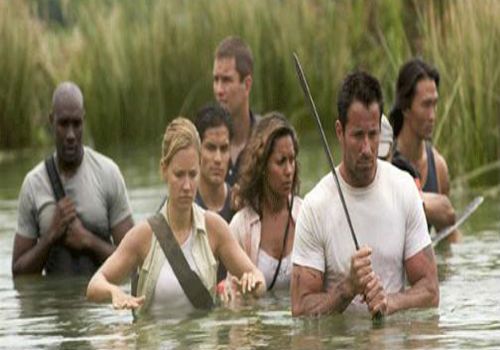 Snake movies are considered to be one of the scariest genres of a suspense thriller. It is because the snakes are known as a fast and intelligent reptile. It is scary because you are aware about the character of the snake, which somehow exist in reality. Snakes are dangerous, poisonous and most of the time venomous. Its venom can paralyze or kill you in a split second that is why the movie inspired by snakes somehow already has a natural thrill within the story. What more if additional effects and great acting are included in the movie? It really makes you scream, for their life. The snakes are famous for their speed and their hide and seek capabilities. Aside from that, their character and qualities are natural and sometimes special on their type.

The level of suspense in snake inspired movies is quite high compared to the other animal inspired like the crocodile. Crocodiles are known to be salt or fresh water, wherein they have their big sizes. This size makes them slow during activity time, though it doesn’t lessen their fearlessness still the snakes provide a realistic fear compared to other dangerous animal. Snakes are naturally scary, deadly and quick so seeing it in the movie somehow puts you inside the film.Now, here is the Top 10 Snake Movies that are considered memorable and outstanding by the majority population of filmmaking.

You are already aware that the venom of snakes has a therapeutic effect, but only after a thorough research and study. Here in the movie the subject of the experiment is a Horned viper that has the hypothesis to cure cancer cells. Experiments are progressing, but unfortunately there was a security break towards the cage of the horned viper. The movie now revolves on how the horned viper attacks the people in the island as well as how the island people fight for their life. The snakes are ranging with fear and anger that is why provoking their safety makes them mad towards the people around them. The number of vipers on the movie is quite many, that makes the pursuit more difficult than expected. An air strike has been planned to destroy the vipers regardless of the island’s situation.

The Snake King presented a different approach towards the movie. The film shows that scientist discover the remains of a man that is approximately 300 years old. What makes this fact exciting is that even with the estimated age is that the remains are still intact. An expedition was organized to search for answers, but along the journey they discover ancient stories behind the fountain of youth. They meet the snakepeople together with what they called as the snake king. One of the most common characters of a scientist is that they hunger for discovery as well as for fame. The first expedition made an agreement towards the snake people, while waiting for the next team to arrive for what has been agreed all of them were disappointed and end up with a fight.

The movie doesn’t really involve a large snake. But somehow the story revolves on what they called a curse. The plot of the story started when the main character was beaten by a snake. The environment at first are common and natural, but later in history revealed that the site was an abandoned atomic site. Wherein experiments are previously made, but now are left behind. The bitten arm seems normal at first, but later on the main male character experienced changes in behavior and character. It was a like he has a hand that is not within his control. The movie was entitled a curse since the bitten hand transformed into a head like a snake that eventually acts like one.

When I saw this movie, I Thought that it would be like the common snake movie wherein you are the invader of their home and eventually hunts you for trespassing. But the Boa vs Python approached the movie in a more understandable way. Their character and behavior was explained as well as how they should be dealt with. At first the story was about a hunting game that later changed and upgraded the level of difficulties. Both the python and boa has a big and large size, which makes the two as one of the strangest creatures that time. Though the Boa and the Python have their own language still they end up fighting against each other

The movie Conan the Barbarian doesn’t center on snakes. In involves prehistoric scenes that involve war and sorcery. All throughout the movie, Conan is battling for freedom and revenge, on its way to success he needs to fight a fearless snake. This snake is not the ordinary snake you’ve seen at the zoo, like what is mentioned sorcery is part of the movie. The realistic effect brought suspense towards the viewers regardless on how it is delivered. What makes a snake inspired movie remarkable is that the snake itself provides hardship towards the main character.The Conan has different sequel and versions, one of the latest was released last 2011.

Python is one of the most fearless and strongest creatures in the movie industry. It is dangerous and most of the time bloody encounters are common. In a typical suspense movie, experimented people or animals are usually the main antagonist of the story. Somehow it provides a relevant reason why this creatureis giving you such fear onwards with the movie. The Python here acts like a weapon towards their enemy, but that was the first plan of the story. Later on, twist and changes come along where the Python is attacking every person it encounters. The sense of danger provides this move a high rating towards the movie critics. Aside from the story itself, the effectiveness of acting makes it more realistic.

4. Anacondas: The Hunt for the Blood Orchid 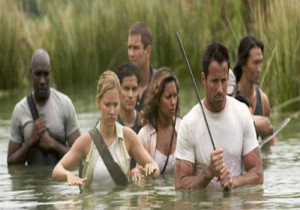 Watching any anaconda movies really gives you goosebumps. This provides a sense of excitement plus fear in a way that you are scared, but instead interested.The movie provides a very unique plot that revolves on ambition and danger. Their ambition to get rich and famous brought them to a mission impossible expedition. Though they have the data on how to implement the search, still, as you all know being in a foreign land can somehow bring you dozens of unexpected things.The movie contains almost all genres you could imagine, suspense, drama as well the theme of ambition, betrayal and trust make it a complete recipe for a good movie.Somehow it is not about the discovery itself that makes a good researcher, successful, it is when they realized that letting go that discovery makes them a real researcher.

3. Raiders of the Lost Ark

The movie is not really a snake themed story, but the role of the snake here provides the character an effective motivation. All throughout the story, the main character Jones, was scared of snakes, a sort of fear or phobia towards it. Since he is known to be a trusted and intelligent person he comes across every discovery and protects it against misuse. The search for the greatest artifact involves different challenges and obstacle for Jones including how he faced his fear of snake. You know for a fact that snakes are very difficult to become an enemy. In a single bite it could end up your life or somehow paralyzed you all through your existence.

In every mode of transportation the most risky part is the accident, but somehow unexpected situation might arise while you are travelling. The snake on the plane was conducted and filmed in a different environment. Maybe you have noticed that most of the snake inspired movies are either on the forest, lake or on an island, but here it is actually on plane settings. This event provides more thrill towards it since the plane is just a small place to run or hide against these predators.Though the snakes here don’t eat people, but still snakes bite, bringing the poisonous venom towards its victims.What makes a movie high-rated is not how they killed characters in the movie, but it is how effective they are presenting their real message towards the viewer.

The Anaconda is the best snake inspired suspense film of all time. It started with the new face of suspense movie using reptiles as the main antagonist of the movie. The settings of the movies are basically held in a forest or the wilderness, wherein all types of fear are present.The story starts again for a documentary in search of a long lost tribe in the Amazon. The Amazon River is considered as dangerous since almost all types of animals existed in that place. Though there are several twistsin the story, everyone who watched Anaconda perhaps will never forget this movie. As expected, it is bloody and breathe-taking but the rush and a thrill it gives towards the viewer eventually gives everyone the satisfaction to recommend or watch the movie again.