Top 10 Results - The Voice : Did Right Contestants Get Cut This Week?

If you’re into X-Factor or American Idol, then you’re probably aware of The Voice. This reality singing show has been into different versions from around the globe.

The Voice was actually based from The Voice Holland which was produced Dutch TV producer John De Mol and executive produced by Mark Burnett.  The Voice was first aired way back in April 26, 2011 on NBC Television Network and since then, it has been a hit in television industry, being watched by many audiences around the world. The show’s goal is to find a new singer in America from the age of 15 and above, which will be drawn on public auditions.

As for its sixth season, The Voice is back with stronger edge. The show’s format features four stages of competition: the blind auditions, the battle rounds, the knockouts and finally, the live performance shows. Once all the teams are set, the battle is about to begin.

As for the meantime, here are the top ten contestants in The Voice: 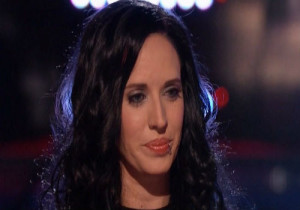 Every contestant in the show The Voice will surely gain more fame as long as they got in. With the whole world watching her, how could she not be known? Besides, she got in because of her talent. There’s probably so much more behind The Voice that already made her showcase her talent.

First and landing number ten for this chart is none other than Kat Perkins. Her coach, Adam Levine had believed in her a lot, as he said that Kat Perkins deserved to fight her way through the last elimination week. However, she was eliminated from The Voice after failing to earn “instant save” vote, which would have earned her a spot among this season’s final three contestants. 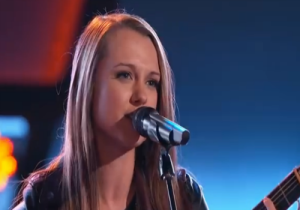 Landing number 9 for this chart is the 18-year old singer from Smithfield, Virginia, Bria Kelly. Aside from The Voice, Bria is also one of the contestants in America’s Got Talent Season 7.

Bria Kelly was only 17 when she joined The Voice. During her blind audition, the young singer performed James Taylor’s Steamroller Blues. This performance had resulted to 4-chair turns and Bria had decided to join Team Usher. During the Top 12, Bria had decided to play Adele’s single Rolling In The Deep in which she was saved people of America. However, her presentation of Avril Lavigne’s I’m With You for Top 10 was what made her eliminated. 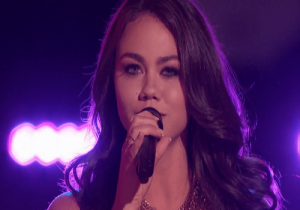 The singer from Glen Carbon, Illinois owns the eighth spot for this chart of The Voice Top 10. Tess Boyer is part of The Voice in its sixth season.  For a fun fact, Tess was actually the only contestant in The Voice history who had managed to get into three different teams: Team Usher, Team Blake, Team Shakira.

Tess Boyer joined The Voice’s blind audition with Wings by Little Mix. Her performance of this had turned Usher’s team in which she had instantly joined to. Tess Boyer was being stolen by Team Blake during the first round as she performed Janis Joplin’s Piece of My Heart against Bria Kelly and it was in Battle Rounds 2 when she went to Team Shakira after singing  John Hiatt’s Have a Little Faith in Me. 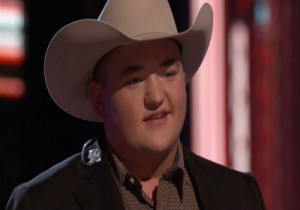 Number seven for this chart is another contestant from The Voice’s sixth season who came all the way from St. Petersburg, Florida.

During Jake Washington’s Blind Audition, he performed Bruno Mars’ When I was Your Man and this had made three chairs turned on him and joined Team Usher. On the first Battle Round, he was paired with Stevie Cho and the both sang Steve Winwood’s Higher Love. It was in this round when Jake had decided to venture with Team Adam.  It was in Battle Rounds 2 when Jake was saved by the Coach after singing Usher’s Climax with his rival Brittnee Camelle.  However, it was during The Playoffs when he was eliminated with his performance of Maroon 5’s She Will Be Loved. 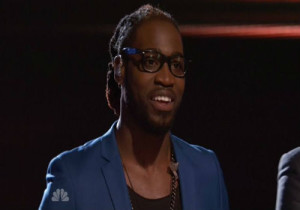 After failing to be part of the team way back in Season 5, Delvin Cole is back for Season 6. And as a matter of fact, he owns the sixth spot for this chart!

Delvin Cole performed Andy Williams’ A Song For You during his blind audition in which resulted to four chair turns, where he ventured to Team Adam. Delvin was saved by his coach for three times during the Battle Rounds 1, Battle Rounds 2 and The Playoffs. He was also twice saved by America twice during Lives Top 12 and Lives Top 10 and landed on the bottom four during Lives Top 8. It was during Twitter Instant Save when Delvin Choice was eliminated after performing Bruno Mars’ Young Girls. 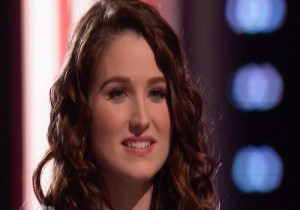 Landing number five for this chart is said to be Blake Shelton’s most-prized singers. This girl even admired her coach, too as he sad, “”He is the same off-camera as he is on it. He’s real.” Who would have known that she would be eliminated from the voice? Actually, her elimination had shocked not only the singer but her fans, as well.

Anyway, her talent was actually from her grandfather who taught him well about music. Two months ago before joining The Voice, Audra McLaughlin took voice lessons. Her coaches back then were the ones who urge her to pursue an audition for The Voice. 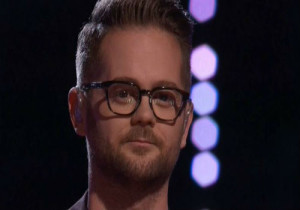 Number four for this chart is the American soul singer and singer-songwriter from Indianapolis, Indiana, Josh Kaufman. He was previously from Team Adam who later on went to Team Usher. Josh Kaufman is very well-known after winning on the sixth season of The Voice.

During his Blind Audition, Josh performed Geroge Micahel’s One More Try in which 4 chair turned to him. With this, he had decided to join Team Adam. It was in Battle Round 2 when Team Usher had decided to stole him from the previous team.  He had seem to be so charismatic from the crowd that the public had saved him for four times during Live Top 12, Live Top 10, Live Top 8 and Live Top 5 (Semifinals). He won the live finale as he performed “Love Runs Out”, “Every Breath You Take” (with Usher), “Signed, Sealed, Delivered, I’m Yours” and Adele’s “Set Fire to the Rain.” 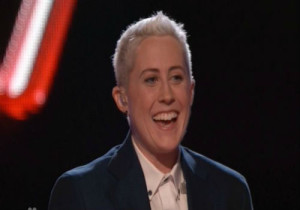 She may have experience the worst case scenario for a live performer when mechanical difficulties happened during a technical hitch, but Kirsten Merlin had managed to kill it with her voice.

However, it was that event that Kristen Merlin had received standing ovations from the four judges, and the loudest crowd from her audiences. Even Adam Levine was so amazed of how Kristine had managed it gracefully, as if nothing happened. “I would have been crying, my thumb in my mouth – I might have run offstage having a hissy fit,” Adam stated.

Aside from the standing ovation, the four judges were really aso overwhelmed with the way Kristen Merlin had survived from this technical glitch. 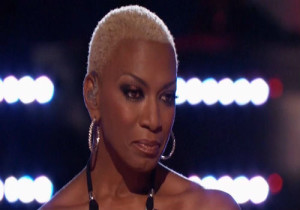 Ranking second to the best in this chart is none other than Sisaundra Lewis. Some of the studio versions of her performance even reached the Top 10 in Itunes.

For her Blind Audition, Sisaundra Lewis performed “Ain’t No Way” by Aretha Franklin. Four chairs were turned for her, but Sisaundra had decided to venture on Team Blake. She was actually saved by her coach for three times on Battles, Round 1, Battles Round 2 and The Playoffs. One one hand, she was saved by Public Vote during Live Top 12 and Live Top 10. However, it was in Live Top 8 when she was eliminated after performing Ike & Tina Turner ‘s “River Deep, Mountain High.” 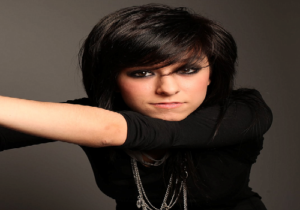 And finally, the number one and very best among the entries in this chart is none other than the singer from Marlton, New Jersey – it’s Christina Grimmie!

During her Blind Audition, Christina Grimmie performed Miley Cyrus’ Wrecking Ball in which Grimmie had turned four chairs. With this, the 20-year-old singer had decided to venture on Team Adam. She was saved by his coach for three times during Battle Rounds 1, Battle Rounds 2 and during the playoffs.  According to Coach Adam, Christina there was so much in her that should be seen, that’s why he was saving her. On one hand, Shakira commenced her maturity and confidence.