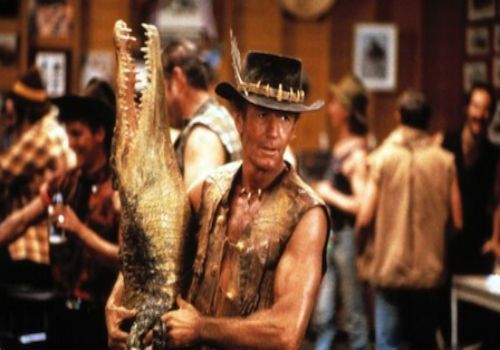 Movies are part of daily living, this is where you get your dose of thrill, excitement, fear, love and even enjoyment and fun. All throughout this year, this industry has been consistent and competitive enough to provide interesting and breathtaking movies. One of the most famous type or genre of movie is suspense; most suspense movies are either psychological related or scary animals are the main character. One of which are crocodiles, and snake, this to have been very popular in putting fear and suspense towards every viewer. Though you were scared at the end of the movie you will find a sense of contentment as well as satisfaction.Crocodile movies are somehow exaggerated in content, but somehow even with this thought, the presence of fear and killing makes it more fearless.

Can you imagine shouting and screaming at the movie house watching your favorite crocodile movie? What do you feel after it? Can you feel your heart beating faster or do you feel the lightness and relive? Studies show that suspense movies provide a cure towards stress, sense your focus is diverted to another factor giving you such suspense. This is enough to relieve stress, from your mind as well as with your body. Now here is the top 10 crocodile movies that you might want to watch. 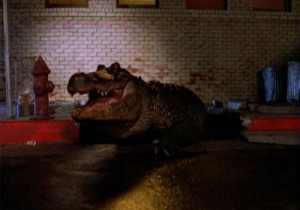 One of the oldest films in history, still it is remarkable to everyone. The movie is not well equipped with high-tech machines or effects, but still the story itself provides the suspense to every viewer who watched it. The plot of the story is about anAmerican alligator who named to be Ramon at first. It was supposedly brought to become a pet, but disposed by their parent since they are not into pet. All of them thought that the alligator have died, but luckily for the alligator he survived on his own. But the twist didn’t start from there, as you all know the animals are harmful if you don’t put threats towards them.But a certain experiment was done that eventually changed its behavior especially with its metabolism. 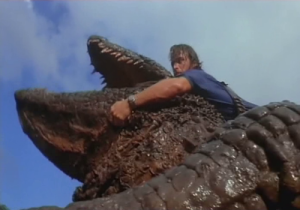 When the first Alligator movie was released many were surprised with an exciting ending of the movie. A baby alligator was in the sewer where Ramon or the first alligator lived. Knowing the fact that the alligator Ramon was experimented in the previous movie, its baby becomes more dangerous since it inherits the chemicals injected to its parent. The society was calm since they know that the first alligator was already gone, nobody believes since it is quite impossible for an alligator to live in the city. Later on numerous deaths was monitored and cited, proving the existence of the new alligator that basically is more dangerous the other one. Struggles and death comes after the encounter of this new alligator. Later on final battle has come, with a magnificent strategy the alligator was defeated by a rocket launcher. 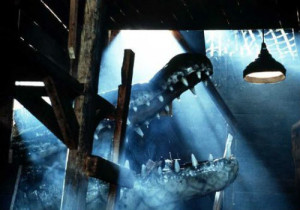 From the title itself, this movie is kinda very bloody in nature. Who would ever think that crocodiles exist in a surfing, water, supposedly many would think that sharks will be their greatest enemy. Same as the characters itself, they were after the blood thirsty sharks. They were planning to make an independent film towards the blood thirsty sharks, but later surprised by the existence a big and gigantic salt water crocodile. Though it will make a great film still the danger of facing this 30 foot crocodile makes it deadly and dangerous. But the real twist of the movie didn’t just end there because it leaves a hanging ending wherein you can expect another series. 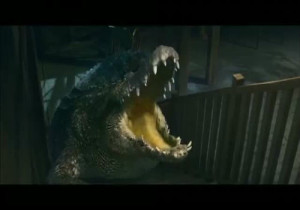 This is considered as one of the most interesting crocodile movie. Though it is one of the typical crocodile movies wherein bloody and deadly encounters are usually seen still, it gives a new face of thrill since it happens in the wild. A group of eight teenagers is supposedly having fun and camping in the deepest part of the forest and get surprised by a raging crocodile. The crocodile keeps on chasing them, eating one by one. Unlike every crocodile film, the killing wasn’t that easy. It was morbid and really scary, the majority of the killing scenes wherein the victims are eaten whole by the crocodile. The twist and ending of the story was quite remarkable because the crocodile was after her eggs that werein the bag of the character. 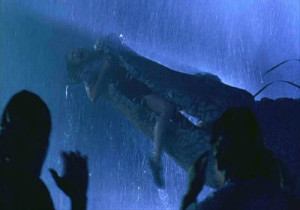 In every tragedy, the worst case scenario is having no survivor. But in this story, the characters have been in a tragic situation leading to a plane crash. The plane crash is already deadly but no one can say if the characters are lucky to survive the crash since they are stranded in the deadly swamp. It is bloody because a furious crocodile is leaving on that swamp. Slowly each survivor and passenger were killed and eaten by the hungry crocodile. The fight is never ending, but still hope was seen when Zach, the boyfriend of one of the stewardesses on the plane named Mia comes to look after her. You can’t call it a great save since it only left two survivors of the whole tragedy. 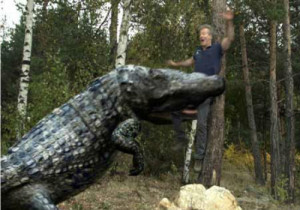 Even the trailer of Lake Placid somehow gives you a goose bump. Not because the crocodile was scary enough, but because the environment provides a suitable suspense movie. In the majority of crocodile movie, the characters are being surprised by the existence of crocodiles, but here in Lake Placid, authorities are after the big crocodile. No one would notice its existence unless a death is presented or once someone reported of danger. The movie is thrilling enough when you are chasing after your life, where you have to fight for it to breathe and even swim harder to escape. The twist of the story doesn’t end when the crocodile was captured, but somehow it provides another view is the baby crocodile were discovered and cared. 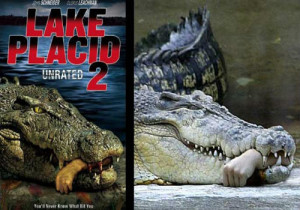 After the success of the first Lake Placid 1 here comes its exciting new version. The story still revolved with the deadly crocodile living on the lake. This lake has been very peaceful at some moment, but things are changing when the crocodile starting to make a scene. Stranded and chased by one of the most dangerous animals in the world seems scary enough to make this sequel one of the best. The whole plot is not just about the eating and biting by the crocodile, but the twist involves in fighting back towards the said animal. Unfortunately, at the end of the movie, Sadie one of the characters in the movie turns out to be feeding and caring the crocodile’s baby and somehow gigantic nest is on the premises. 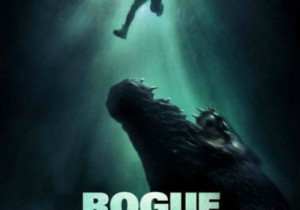 One of the latest crocodile movies that somehow brought high rate suspense towards the viewer is the Rogue. Released last year 2007, the Rogue is an Australian independent film. The story started as a group of tourist roaming around the beauty of the forest. While sailing on the lake, appreciating the beauty of nature, they find out that they are already out of the route. Out of surprise they landed on the lake where a hungry crocodile is living. The boat was attacked surprisingly, enough to destroy it and make them stranded in that part of the wilderness. It is scary enough to be stranded in a foreign place, but if added with a killer crocodile definitely makes this movie one of a kind. 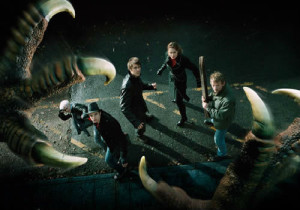 It is already common for a suspense movie to start with journalist and news. But somehow, making the journalist as the main character of the movie puts a realistic effect towards the movie. Primeval is inspired by a true story from the City of Burundi. Though it has a realistic touch still the movie and the plot itself make is a real suspense movie. Fighting for your life is enough to start the film rolling, but finding the conclusion of the story is an earth shattering twist. The crocodile in primeval movie is named Gustave, a 20 foot man-eating crocodile. The journalist one the movies were searching for a good footage, for a great story, but throughout their search they never imagined that they find the answer to their search and somehow it worth their life. 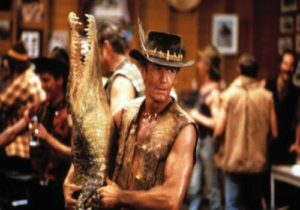 Among the crocodile movies on the list, the crocodile Dundee has a different approach towards the movie. Instead of a series of scenes about the man-eating crocodile, the movie revolves to a crocodile slayer who has been inNew York for vacation. The wilderness is a place where developments and technology are not present, that is why others think that being in the City is dangerous for Dundee but later on with his experience in the wild nothing is more dangerous than fighting against a crocodile. This movie is one of the highest grossing films and considered as a box office hit of the year 1986.