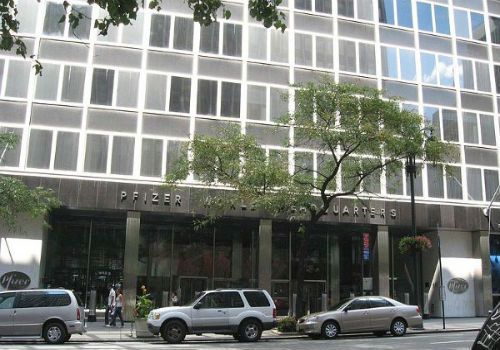 Top 10 pharmaceutical companies around the world

Illnesses and diseases have long been existent, and these have plagued mankind for centuries. There are some ancient diseases that are still with us down this day. Take for example cholera. This had spread through Asia, and has been called a “pandemic”. Regardless of its age, cholera has still no known cure. There are suggested medications for nearly every illness and pain. Still, there are sicknesses that persist in spite of the advancements of medicine. Why has this been the case? Change is constant. And along that change, microbial organisms and germs develop themselves, becoming drug-resistant. Another factor would be the environment that we are living in today. This just goes to show that even if there were then discovered cures for some illnesses and diseases, research has to be thoroughly carried on. We have heard of several cases where the patients died, or that there were proven side effects because of the intake of the drug. What used and proved to be effective during the 18th and 19th century may not be reliable today. Hence, the constant and never ending research of those in the medical and pharmaceutical field. Nowadays, there are lots of pharmaceutical companies that endeavor to helping as many people to have access to available medications to improve, at least if not totally cure, their quality of lives. Listed below are the top ten pharmaceutical companies around the world. 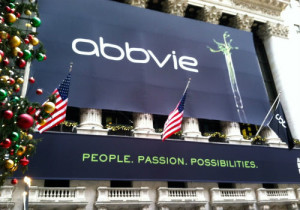 Abbvie is a biopharmaceutical company that was founded on January 1, 2013. The headquarters is at North Chicago, Illinois, United States. Abbvie is actually an offshoot of the pharmaceutical company Abbot. Abbot Laboratories announced on October 19, 2011 its plans of splitting up the company into two: the first one which will focus on medical products- now still known as Abbot Laboratories, and the other one which will focus on the researching- the newly founded company, Abbvie. This company focuses on addressing the greatest illnesses that faces the world today by providing therapies and innovations essential to help the patients. Abbvie houses a total of 25,000 employees, among who are researchers, manufacturing specialists, and scientists. 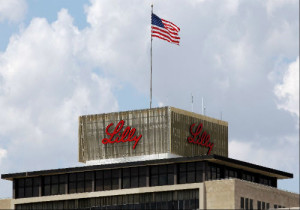 Eli Lilly and Company was founded by Colonel Eli Lilly in May 1876 in Indianapolis, Indiana, United States. Colonel Lilly, who was a pharmaceutical chemist and at that same time a war veteran, saw the need to found a company that manufactures pharmaceutical products. What brought this about is the inefficiency and infectivity of the medical supplies during his time. Among the breakthroughs of Eli Lilly and Company are the invention of the world’s first insulin product known as Iletin in 1923, the production of vancomycin- a powerful antibiotic, and also the discovery of erythromycin, an antibiotic which is known to have an antimicrobial property that beats the penicillin. These are just a few of the many discoveries that marked the milestone of this company. Eli Lilly and Company has been in the industry for more than 135 years. 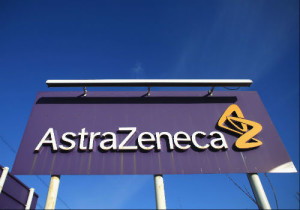 AstraZeneca is a British-owned pharmaceutical and biotechnology company which was formed in April 6, 1999. Its headquarters can be found in London, United Kingdom. AstraZeneca is a merger of two companies- Astra AB, which was founded in Södertälje, Sweden in 1913, and Zeneca Group plc., which was formed by the demerger of British chemicals company’s pharmaceutical and agrochemical businesses in 1993. This company lists as the seventh-largest pharmaceutical and is operating in more than 100 countries. AstraZeneca focuses mainly on Oncology; Cardiovascular and Metabolic disease; and Respiratory Inflammation and Autoimmunity healthcare areas. As of 2014, the total numbers of employees are 50,000. AstraZeneca also has a listing on London Stock Exchange. 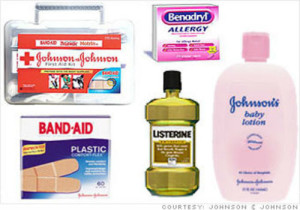 In 1886, the three brothers namely Robert Wood Johnson, James Wood Johnson, and Edward Mead Johnson found this company, Johnson & Johnson in New Brunswick, New Jersey, United States. Johnson & Johnson has over 275 companies that operate in more than 60countries. This company does not limit their products to medicines. As a matter of fact, they pioneered the first-ever- to-be-commercialized first aid kit. Johnson & Johnson has several well-known products, among which are Bactidol, Acuvue (contact lens), Band-Aid, Nizoral, Lactacid, Johnson’s Baby (baby shampoo), Tylenol, Visine, and beauty products such as Clean & Clear facial wash and Neutrogena. This company has also taken part in promoting and keeping the environment clean and green. 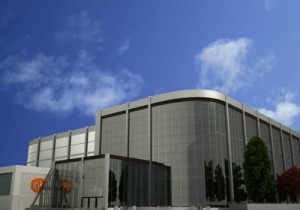 GlaxoSmithKline was formed in December 2000 through the merger of Glaxo Wellcome, which in 1999 was the third-largest pharmaceutical company in terms of revenues, and SmithKline Beecham plc. GlaxoSmithKline is operating commercially in over 150 countries. GSK focuses on its missions which are to grow and diversify the business, help people by delivering and providing more products that will improve the treatments, and simplifying the operation of the business. Several drugs and vaccines were manufactured by GSK to treat major diseases such as diabetes, cancer, asthma, and other mental health illnesses. GSK has even developed a vaccine against malaria. That vaccine is under the approval of the regulators. 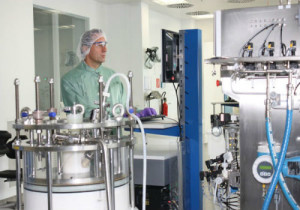 Sanofi is a French-owned multinational pharmaceutical company which was founded on September 10, 1973. Sanofi stepped up in the US market in 1991 when it formed an agreement with the company Sterling Winthrop – an affiliate of Kodak. Then in 1999 it merged with Synthelabo, also a French pharmaceutical company which was formed through the merger of two companies in 1970. In 2004, Sanofi acquired Aventis. This company went with its name Sanofi-Aventis until in May 2011 when it finally changed its name to Sanofi. Sanofi is operating in over 100 countries, 41 of which house the 112 industrial sites. Sanofi has also diversified by opening 18 animal health sites. Among the many responsibilities of Sanofi is to ensure that they promote quality care, thus combating counterfeit medications and prescriptions. 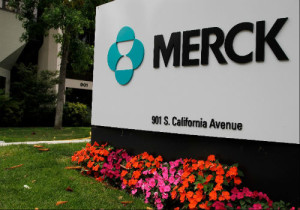 Merck has long been in the history of the pharmaceutical industry. It started its venture back in 1668 when Jacob Friedrich Merck bought a drugstore in Darmstadt, Germany. His successors soon started to put up a pharmaceutical factory. Merck penetrated in the US in 1891 by the name of Merck & Co. Among the values of Merck & Co. are integrity, teamwork, and innovation. They are focused on expanding the accessibility of their medicines so as to reach and help as many people as possible. Merck & Co. also takes pride in upholding a higher ethical standard and transparency. As of December 2013, Merck & Co. house a total of 76,000 employees. 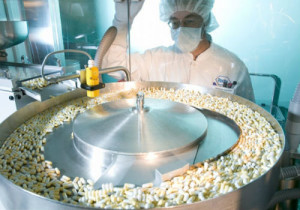 Roche was founded on October 1, 1896 by the entrepreneur Fritz Hoffmann-La Roche. This Swiss company’s headquarters are located in Basel, Switzerland, and has two divisions: the diagnostics and the pharmaceuticals. Soon, the company expanded thus moving in to Grenzach, Germany. Not long enough, though, offices in New York, Milan, London, and St. Petersburg were opened. Among the many milestones that marked the success of Roche are the launching of the products such as Sirolin, containing an active ingredient of Thiocol; Diaglen; Pantopon; Sedobrol; and Aiodin. Roche also diversified along the way by penetrating the cosmetics and diagnostics field. This company is focused on accessing the newest of the technology so that they can help many as possible. 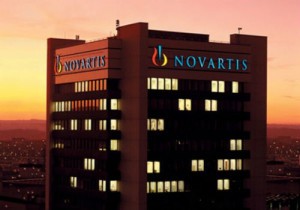 Novartis was formed through the merger of different companies. The history traces back in the middle of the 18th century were the companies Ciba, Geigy, and Sandoz were formed. During 1970, Ciba and Geigy merged, until 1996 when Sandoz joined the two, thus forming Novartis. As of 2013, this Swiss multinational pharmaceutical company ranked number one in terms of sales. Novartis operates in six divisions and those are pharmaceuticals, vaccines, generics, animal health, over-the-counter, and Alcon (eye care). This company’s mission is to find and provide the necessary treatment for the diseases to boost the quality of life. As of 2013, Novartis gained a total net income of $12.533 billion. 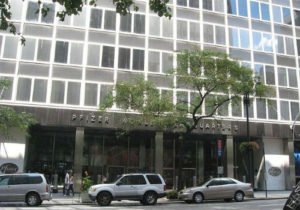 Pfizer is an American multinational pharmaceutical company that was founded in 1849 by Charles Pfizer and Charles Erhart in the Williamsburg section of Brooklyn, New York City. The first discovery that marked Pfizer’s milestone is santonin. This is an anti-parasitic treatment for intestinal worms. But the discovery of Terramycin in 1950 put Pfizer on the pedestal. As time passes by, Pfizer grows larger by mergers, and these included Warner-Lambert, Pharmacia, and Wyeth. Pfizer has nine divisions and these are Primary Care, Consumer Healthcare, Specialty Care, Oncology, Nutrition, Established Products, Emerging Markets, Animal Health, and Capsugel. As of 2013, Pfizer gained a total of $51.584 billion revenue.