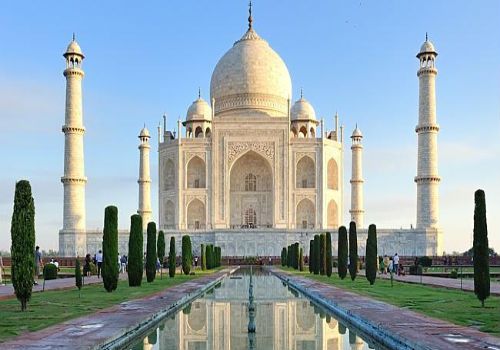 Top 10 Mysteries from India that you never knew

India is home to a very rich culture and history. It has vast literature and colorful stories all over its land. The people inhabiting India, too are very diverse. With a very rich culture comes colorful people and with colorful people comes great stories – some are true, others ridiculous.
We tried to look down India further to uncover one of its most interesting stories – its mysteries. By browsing literature, history records and some reliable sites, we found out that India is not only full of mysteries, but also rich with creepiness. From cursed places thought to be inhabited by ghosts to the home of the divine and immortals, the stories we gathered prove to be almost unprovable and, of course, creepy. We leave the labelling of these creepy mysteries, whether fake or true, to you by giving you essential facts which you may hold on to or laugh at.

Here are the 10 incredibly creepy mysteries from India.

10 The Village Of Twins 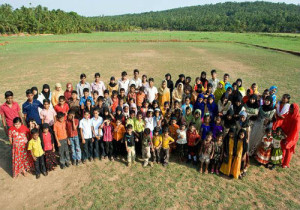 No, we are not talking about some place with twin towers, twin mountains, or any two physical structure in India. We are talking about persons living in a certain village. Not just a pair or two of them. We are talking about more than two hundred pairs of twins living in the village of twins –Kodinhi. Kodinhi is a village found in Kerala. In 2008, 204 pairs of twins and and 2 sets of triplets were living in the village. Some doctors say that the water drank by the villagers caused this twinning phenomenon. Some researchers say that the twinning phenomenon was caused a widely consumed tuber eaten by the locals. However, none of these provided enough evidence and the mystery of the village of twins continues. 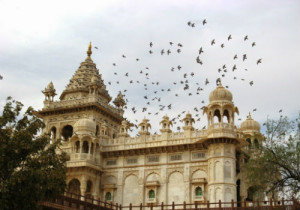 Just some minutes before noon, a loud deafening sound rumbled the folks of Jodhpur on December 8, 2012. Folks initially claimed to have heard and felt a sonic boom, a phenomenon in which energy travelling faster at the speed of sound is suddenly released. Residents were alarmed and forced to ask authorities about the source of the sonic boom. The army provided that were no ammunition accidents in their area. Scientists said that there were no earthquakes during that time. There were also no nearby airfields which usually cause sonic booms. No one yet knows the true story of the Jodphur boom and it still remains a mystery up to now. 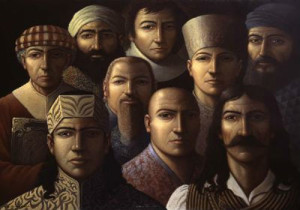 If we create an analogy of Western World is to India, then Illuminati is to the Nine Unknown Men. When Emperor Asoka in 273 BC witnessed a battle which claimed about 100,000 men, he founded the Nine Unknown Men, a powerful secret society. What are the Nine Unknown Men for and why are they do have to be secret and so important? Well they were just asked to guard a couple of books – nine books to be specific, nine books that hold the knowledge of powers that can annihilate mankind! The books cover a variety of topics ranging from sociology to microbiology. An occasional leak of information from these books happen. For example, rumors say that a leak from the book physiology gave birth to Judo. The number of members of the Nine Unknown Men are always nine with their past and present members completely unknown. 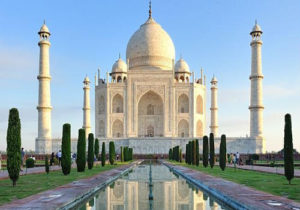 TajMahal is one of the most beautiful buildings in the world and undeniably the most beautiful structure in India.TajMahal, as most of us know, is the embodiment of eternal love of Shah Jahan, the creator of this magnificent structure, to his lovely wife. However, some historians presented some evidence that could this story of true love. Professor Oak, the originator of this conspiracy, said that the building was actually a Hindu Temple dedicated to Shiva, the God of destruction. Furthermore, Indians have this history of irony as they turn into mausoleums for their loved ones those temples that they besieged and captured. No one can ever prove this theory, until the sealed rooms of TajMahal are open to the world.

6 The Cursed Village Of Kuldhara 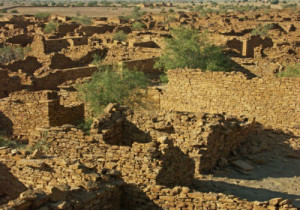 1500 residents inhabited the village of Kuldhara for more than 500 years then one night all of them vanished. History had no records of reasons for the villagers’ evacuation. Some locals claim that the people of Kuldhara fled taxation from an abusive ruler. Others tell of vague love stories of a man and a woman that have gone wrong and led to the evacuation of the all the villagers. Nobody knows what really happened here but one thing is for sure – the villagers cursed their place when they left. Paranormal experts who tried to stay the night in Kuldhara experienced a variety of strange events such as sudden changes in temperature, unexplained appearances of shadow and creepy voices. Only the creepiness of Kuldahara does not remain a mystery.

5 The Magnetic Hill Of Ladakh 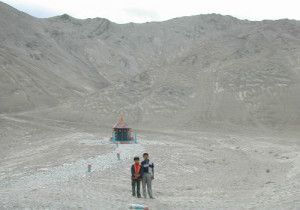 Ladakh, a certain area near the Himalayas, is world famous for its magnetic hill. If one parks his car in the middle of the road and sets in in neutral, the car will roll up the steep road with speeds of up to 20 kilometers per hour. Local tourist guides call this the Himalayan wonder and is a very popular attraction for tourists. The magic of the magnetic hill of Ladakh is so amazing, however, it is not so much of a mystery now. The phenomenon is actually an optical illusion caused by a certain alignment of the mountains and the road. We see it as an uphill road, but is actually a down sloping terrain. Gravity therefore, is the source of force for the movement of vehicles. 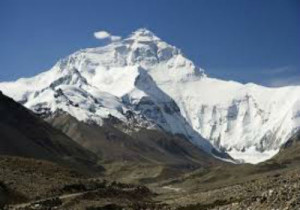 The Himalayas is not only the highest mountain range in the world, it is also a place full of mysteries. In mythologies, it was always told that the Himalayas is home to divine and immortal beings. An ancient Indian and Tibetan tale is the legend of Gyanganj. Gyanganj is a city-kingdom hidden in the mountain range of Himalayas. Gurus and wise men have claimed to have gone in Gyanganj and learned immortal and spiritual teachings from a sage. Gyanganj is said to be existing in a different plane of realty. Until we find a way to access this ‘higher dimension’, no one will ever know the immortal beings of Himalayas. 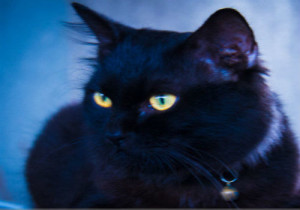 A cryptid always counts as mysterious. In India, our expectations of the existence of a weird blend of cryptid is not put in vain. What went in vain was the capture of this creepy cryptid. The bhootbilli had eaten about 50 pigeons and even a goat. Frightened locals describe the bhootbili as a mixture of three animals – cat, dog and mongoose. It had the general appearance of a cat, the face of a dog and the back of a mongoose. Its size was described as smaller than a lion but larger than a hyena. No one has ever captured a bhootbilli or a very clear photo of it so no one knows if the beast is true or not. Experts say that the bhootbilli might only be the product of the wild imagination of people sighting civet cats during the night.

2 The Kongka La Pass UFO Base 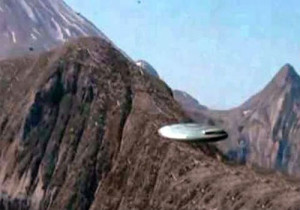 The Kongka Las Pass UFO Base is another creepy mystery in Ladakh, a region near the Himalayas. This place had been the site of armed battles between China and India. Because of this, no one inhabits this area. Both China and India are always on the lookout for any sign of disturbances in this area yet they do not have patrol units nor occupants in it. Some say this is the reason why the Kongka La Pass was chosen to be a UFO base – particularly the disk-type UFO. Travelers often sighted many flying discs coming out and descending in their underground lairs. When viewed from Google Earth, underground entrances which look like military facilities can be seen in this area. Are China and India communicating with extraterrestrials? We’ll never know. 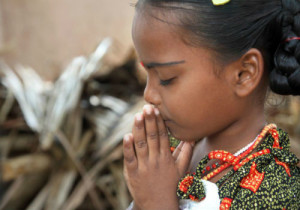 The creepiest and most mysterious mystery is the existence of a person who live in the 1930s – Shanti Dev. When Shanti Dev was four years old, she started insisting to her mother and father that they were not her parents and that her true name was Ludgi and lived in a different city. She told them that she died giving childbirth. What’s more amazingly creepy is that she gave very detailed information about her life and her husband. When her parents and Shanti visited the place, they found out that all the things she had told them was true. Shanti, upon seeing her husband from her previous life, even recognized him instantly. The most amazing thing about her probably is that she recalled not only her previous life but also the in between life or afterlife. Hundreds of researchers tried to prove that she’s a fake but no one was ever able to do so.