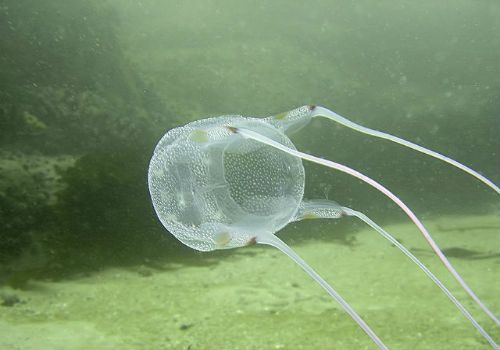 Top 10 Most Poisonous Animals in the World

The animal kingdom is one that is vast and extraordinary. On one end, there are the cute and adorable animals like our furry friends – dogs, cats, hamsters, and rabbits – that we, human, love to pet and care for. On another – a much darker end, I must say – there are the creatures that we ever so carefully try to avoid. Why? Well, because they could turn us into a cold corpse in a flash, of course!

Our knowledge about animals may be as limited as our exposure to them. Trips to the zoo cannot and will not suffice as a crash course on the things we should know about animals. So, in hopes of widening our knowledge about some of the dangerous creatures, here is a list of the top 10 most poisonous animals in the world. 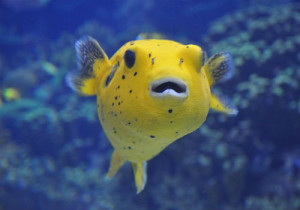 The puffer fish may look incredibly cute and squishy with its blown up face, but do not be fooled. This fish is contains tetrodotoxin, a substance that is foul tasting and sometimes deadly to other fishes. However, for humans, the tetrodotoxin is extremely lethal. It is 1,200 times more poisonous than cyanide and the worst part is that there is no known antidote yet. Strangely though, the puffer fish is considered a delicacy in Japan. Called fugu, this dangerous treat is only made by trained chefs, as a single mistake in cutting could end in a miserable death. 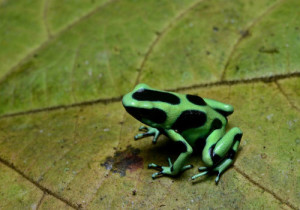 As colorful and as majestic as this frog looks, it is actually poisonous. I mean, really, it even has the word “poison” in its name. The poison dart frog contains enough venom to kill 10 people. Its venom is so powerful that it has been used by the indigenous Emberá people of Colombia to tip their blowgun dart for hunting. 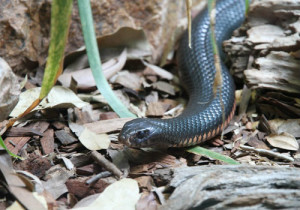 The Inland Taipan is often referred to as “the world’s most venomous snake.” This name alone is enough to warn us not to mess around with this small-scaled snake. What makes this snake scarier than it already is, is that it is what scientists call “a specialist mammal hunter,” which means that its venom specially targets warm-blooded species. 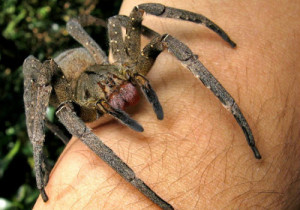 This is a spider with a world record. The Brazilian wandering spider was listed in the 2010 Guinness Book of World of Records as the “world’s most venomous spider.” Moreover, this spider is unlike the spider we might occasionally see in our homes. It does not stay in its lair or in its web, as it we wish it does, and instead, it wanders the ground at night. So the next time you visit the jungles of South America, be very careful where you tread at night. 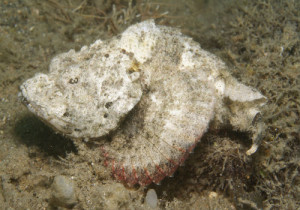 The stonefish is considered to be one of the most venomous fish in the world. Add this fact with its not-so-pleasant looks and you’ve got yourself a real turnoff. However, this is not the end of the story. The stonefish is much terrifying than its looks. According to victims, the pain caused by the stonefish’s sting is so severe that they even pleaded to have the stung part amputated rather than going through the pain. A victim put it this way, “Imagine having each knuckle, then the wrist, elbow and shoulder being hit in turn with a sledgehammer over the course of about an hour. Then about an hour later, imagine taking a real kicking to both kidneys for about 45 minutes so that you couldn’t stand or straighten up.” Yikes.

You know a creature is not that good when the word “death” is obviously attached to its name. As if the term scorpion is not alarming enough, the death stalker scorpion is one you should shift away from. Its venom is a powerful mixture of neurotoxins, and whereas it cannot easily kill a healthy human being, it is definitely painful. Also, the elderly and those with heart problems are at greater risk. On the positive side though, its venom is said to have shown potential for treating human brain tumors. 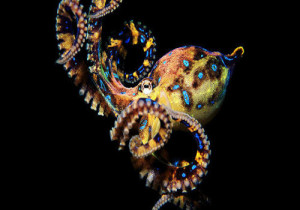 The blue-ringed octopus is yet another colorful-but-deadly creature. This 20cm brightly colored creature with its yellow and blue rings has venom powerful enough to kill a human being. Its venom can cause motor paralysis and respiratory arrest within minutes of exposure, leading to cardiac arrest due to a lack of oxygen. The blue-ringed octopus is usually camouflaged underwater so be careful in your next diving adventure. You might be greeted by an unexpected and unwanted guest. 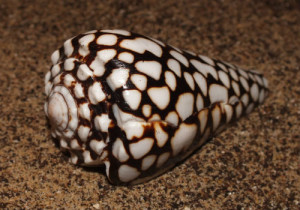 Imagine a tank ready to fire shots underwater – that is exactly what the Marbled Cone Snail is like. When this snail attacks, it sticks out its white proboscis and stabs its prey multiple, like a man with unlimited ammunition. A single drop of its venom can kill 20 people, what more can a whole tank do? And oh, there is no antivenin yet. 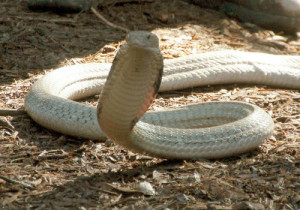 What is ultimately the scariest thing about the king cobra is that it can literally straighten its body so high that it can look you in the eye while you shiver in fear. All this while they whip out their signature hood and they hiss at you. The amount of venom from a single bite of the king cobra is enough to kill 20 people – or one adult elephant. In addition, after a king cobra envenoms its prey, it will begin to swallow it while its toxins begin to digest the prey. Like most snakes, the king cobra has flexible jaws that enable it to swallow its prey alive. If that is not scary, I do not know what is. 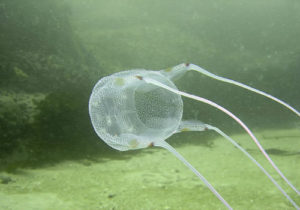