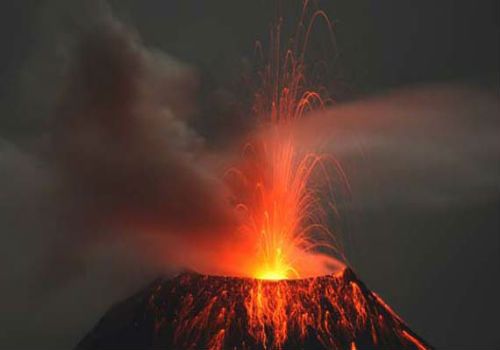 Top 10 Most Active VOLCANOES Around the World

How exactly the Earth emerged is still a mystery for many. The nature in itself is full of complexities as to how it came to be. The sky, the mountains, the sea; no one knows exactly the origin from which they came from. But no one can deny the beauty it holds. Included in these complex mysteries of nature are the volcanoes. A volcano is a rupture on the crust of a planetary mass object, such as the Earth itself, which allows hot lava, volcanic ash, and gases to escape from a magma chamber below the surface. It may be present on the land or beneath the depths of the sea. Some are active, blowing out lava and magma every couple of years, while most have lain dormant for the past few decades. The exact number of volcanoes worldwide is unknown. During the past 10,000 years about 1,500 volcanoes have been known to be active. At present, 600 volcanoes have had known eruptions while 60-70 are known to erupt each year. At any given time, about 18 volcanoes are erupting.

Here are the lists of the ten most active volcanoes around the world: 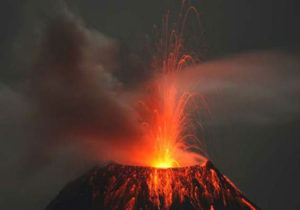 Santa Maria is a stratovolcano that is found in Southwestern Guatemala. It is the site of one of the largest eruptions during the twentieth century. Its first ever eruption was in October 1902. However, before this momentous eruption, the Santa Maria volcano has been dormant for at least 500 years. Its eruption in October 1902 was preceded by a seismic swarm in January of the same year. The first eruption occurred in October 24 and the largest explosions occurred during the following days. The ejections were as high as 5.5 cubic kilometers of magma. Not many people heeded the warning signs as an indicator of an impending volcanic eruption thus resulting to the death of at least 5,000 people and the subsequent outbreak of malaria killed many more.

Galeras is an Andean stratovolcano in the Colombian department of Narino, near the capital of Pasto. Its first historical eruption was on December 7, 1580. Nine people, including six scientists who had descended from the volcano’s crater to sample gases have been killed when it erupted in the year 1993. It is currently known as the most active volcano in Colombia. An eruption in 2005 called for an evacuation of about 9,400 people of all the surrounding villages. The city of Past, about 9 kilometers from the volcano, was forced to wear masks and goggles for they were blanketed by a layer of ash after the volcanic explosion. 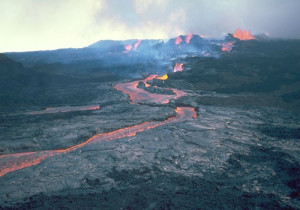 Mauna Loa has been considered to be the largest subaerial volcano in both mass and volume here on Earth. Its name “Mauna Loa” when translated means “Long Mountain”. The volcano has relatively shallow slopes and the eruptions tend to be non-explosive. Mauna Loa has probably been erupting for at least 700,000 years, and may have emerged above sea level about 400,000 years ago. The oldest-known dated rocks are not older than 200,000 years. Its most recent eruption was on March 24 to April 15, 1984. There were no fatalities but the surrounding villages were destroyed, the landscape filled with molten lava and the plants in the fields burnt to crisp. 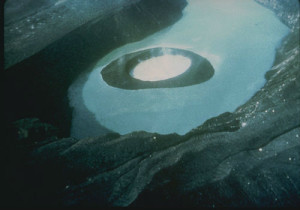 Taal Volcano is the second most active volcano in the Philippines. It had a total of 33 historical eruptions. It is a complex volcano found in the island of Luzon and resides in a volcano island surrounded by the Taal Lake. Its latest recorded eruption was so violent that it caused the death of at least 5,000 to 6,000 people populating the areas surrounding the lake. Although the volcano has been quiet since 1977, it has shown signs of unrest since 1991, with strong seismic activity and ground fracturing events, as well as the formation of small mud pots and mud geysers on parts of the island. The Philippine Institute of Volcanology and Seismology regularly issues warnings about current activity at Taal, including ongoing seismic unrest. The Taal volcano, along with the other volcanoes in the Philippines, is considered to be a part of the Pacific Ring of Fire. 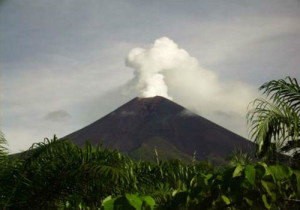 Ulawun is a basaltic and andesitic stratovolcano situated on the island of New Britain, Papua New Guinea. It is one of the most active volcanoes in Papua New Guinea and one of its most dangerous as well. It is the highest mountain in the Bismarck Archipelago at 7,657 ft. Its first ever recorded eruption was in the 1700s. There have been a total of 22 eruptions since the 18th century. The last few years have seen almost constant activity at Ulawun, with frequent small explosions. Ulawun, along with the other volcanoes in Papua New Guinea are some of the world’s most prolific sources of sulfur dioxide. An eruption in 1980 ejected ash to 60,000 ft and produced pyroclastic flows which swept all flanks of the volcano and devastated an area of 20 sq km of its surrounding area. 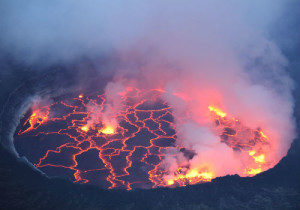 Mount Nyiragongo is an active stratovolcano with an elevation of 11,382 ft. found in the border of Rwanda. The main crater is about two kilometers wide and usually contains a lava lake and is known to be the most voluminous lava lake in recent history. It was reported that the volcano has erupted at least 34 times since the year 1882. It partly overlaps two other older volcanoes namely Shaheru and Baratu. The lava that erupts from Nyiragongo is often fluid-like in consistency. Whereas most lava flows move rather slowly and rarely pose a danger to human life, Nyiragongo’s lava flows may race downhill at up to 60 miles per hour. The lava lake activity continued through 2010. At present, the lake is mostly confined within a broad, steep-sided cinder cone on the crater floor, roughly 60 feet high by 600 feet wide. 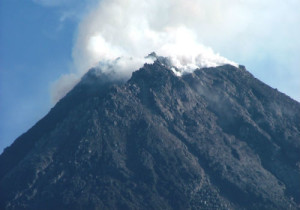 Mount Merapi is an active stratovolcano located on the border between Central Java and Yogyakarta, Indonesia. Its name literally means “the Fire Mountain” when translated. It has been erupting regularly since 1548 and has been called as the most active volcano in Indonesia. At least 27 people were killed in the explosion that occurred in November 22, 1994. Another explosion occurred following the Yogyakarta earthquake. It was the eruption on late October 2010 that caused the death of at least 353 people in Indonesia. Over 350,000 people were evacuated up until the resettling of the volcano. The mountain continued to erupt until 30 November 2010. On December 3, 2010 the official alert status was reduced to level 3, from level 4, as the eruptive activity had subsided. 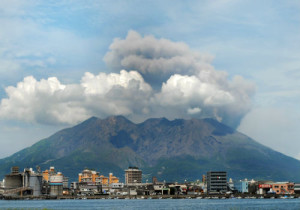 Translated as “Cherry Island”, this volcano is an active stratovolcano and a former island of the Kagoshima Prefecture in Kyushu, Japan. It was during the eruption in 1914 that caused the former island to be connected with the Osumi Peninsula. The volcano had been dormant for over a century until 1914. The eruption started on January 11 which made almost all residents evacuate due to several large earthquakes that warned that an eruption was imminent. The large earthquake on January 13, 1914 led to the death of 35 people and the injury of many others. On August 18, 2013, the volcano erupted from Showa crater and produced its highest recorded plume of ash since 2006, rising 5,000 meters high and causing darkness and significant ash falls on the central part of Kagoshima city. The eruption was the 500th eruption of the year. 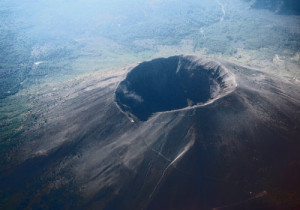 Vesuvius is the only active volcano in mainland Europe, and has produced some of the continent’s largest volcanic eruptions. Located on Italy’s west coast, it overlooks the Bay and City of Naples and sits in the crater of the ancient Somma volcano. Vesuvius is most famous for the 79 AD eruption which destroyed the Roman cities of Pompeii and Herculaneum. An estimated 16,000 died due to hypothermic pyroclastic flows and the only surviving eye witness was Pliny the younger. Though the volcano’s last eruption was in 1944, it still represents a great danger to the cities that surround it, especially the busy metropolis of Naples.

Eyjafjallajökull is one of the smaller ice caps of Iceland, situated to the north of Skógar and to the west of Mýrdalsjökull. The ice cap covers the Caldera volcano and has erupted frequently since the last glacial period. Its most recent eruption was on 2010. Seismic activity started at the end of 2009 and continued until March 20, 2010 with increasing intensity and duration. Beginning on April 14, 2010, the eruption entered a second phase and created an ash cloud that led to the closure of most of the European IFR airspace from April 15-20, 2010. Consequently, a very high proportion of flights within, to, and from Europe were cancelled, creating the highest level of air travel disruption since the Second World War. By May 21, 2010, the second eruption phase had subsided to the point that no further lava or ash was being produced. As of August 2010, Eyjafjallajökull was considered dormant.