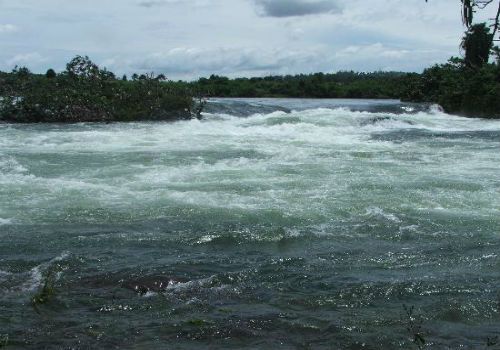 Top 10 longest rivers in the world

Water is an essential element for living. Without it, Earth wouldn’t be a habitable planet as it is today. In olden times, both people and animals seek for a nearby location where they can access a source for drinking water and this is why rivers plays a very important role for the environment. Rivers provide all living things source of water and food. They also serve as transport and also a base of trading purposes in ancient and even in present our time. Our world has a collection of magnificent rivers, and if there are huge continents then of course, there are long rivers that crawl betweenthese lands. So which among these rivers is the longest? Many have tried to measure the length of each and many scientist argue over the accurateness of the measurement, simply because it is also difficult to pin point as to where the river starts and finishes plus its length depends on soil erosion and other natural factors. So these wondrous rivers were only measured through their approximate length. Up until today, many still debates over which really is the longest between the Nile and Amazon rivers. Below is a list of top 10 longest rivers in the world. 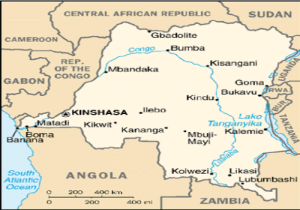 Formerly known as Zaire River. Congo river is the most important river in Africa. It standout above any other landmarks in the continent and It is the world’s deepest river measuring to about 750 feet or 230 meters down below. This river flows with over 1.4 million cubic feet of water per second out into the Atlantic Ocean. This is why there are over 40 hydropower plants are constructed along the river and it provides electricity to the African continent. It is said to be the second longest in Africa and 10th in our list of world’s longest, with a record of almost 2,920 miles. 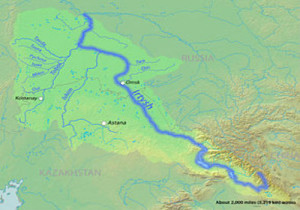 With approximately 3,000 miles, Irtysh falls into number 9 of our longest river in the world. Water from this river comes from the melting snow in the mountain range between the natural border of Mongolia and Xinjiang. Irtysh is also called the White River, mainly because of the source water. It is commonly used as the source for drinking water, hydroelectric power plant and crop irrigation. Irtysh also had a sad history when radioactive waste intoxicated the river that nearby habitants of the river got severely affect. There were controversy between Ob and Irtysh, since Ob then decided to be the main river since was more fluxed than Irtysh. 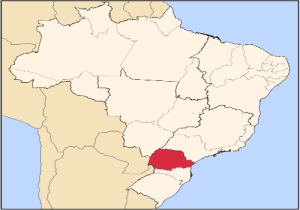 Located in South America, Parana River is measured approximately over 3,030 miles long. It flows into and out of Atlantic Forest which extent into 330 million acres between Paraguay, Brazil, Argentina, Uruguay and Bolivia. Famous for it’s well known reputation as the bird-watching destination in the world. People built large dams and waterfalls during the1980 because of the prone flooding of this river. Parana River is also known for the second largest drainage system in South America. The river and its side streams are one of the main livelihoods of many fishermen living near the banks. 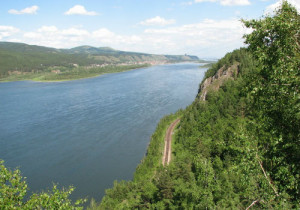 Ranked as the fifth largest drainage system in the world. It snakes through Mongolia and Russia then in Kara Sea. Averaging over 3,445 miles long, Yenisei or Yenisey is considered the largest water system flowing to Arctic Ocean. Some parts of this river are exposed to a seasonal temperature imbalance that may increase or decrease below or above 30 degrees Celsius. Also known as Yenisei-Angara River System. In 1967, the middle part of Yenisei experiences a wide scale of water pollution because of the construction of the massive hydroelectric power plant, Krasnoyarsk. Thus, making this part of Yenisei deprived from its natural environment. 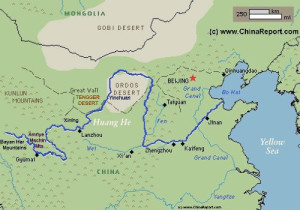 Recognized as the third longest river in Asia next to Yangtze, Yellow River or Huang Ho is approximately 3,395 miles in length and sixth in the world. The river flows from Bayan Har Mountains, pass through nine region and ends to the Bohai Sea. Also called “The Spring of Chinese Culture” seeing that it was the abundant region in ancient Chinese days. As many of these river serves as the source of life, it may also be the reason for deadly natural calamity. In 1332-33, Huang Ho was recorded to have killed 7 million nearby inhabitants due to a tremendous flood. 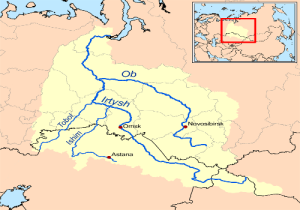 Measured approximately 2,300 miles, Ob or Obi River is considered amongst the greatest rivers in Asia. From Altai Mountains, Ob creeps through north to western Siberia unto the Gulf of Ob, the world’s largest delta, then into the Artic Ocean. It is also Russia’s fourth longest river and an important element for the hydroelectric power plant that is estimated with a potential of 250 billion KW. Obi is also a means of transport whenever the river isn’t frozen. This river is the source of drinking water and fishing, in which the river has 50 or more species inhabiting it. 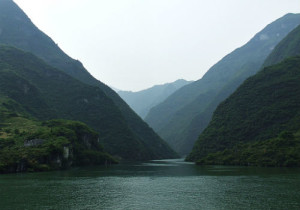 Chang Jiang or Yangtze is the longest river in Asia measuring 3,900 miles long making it the 4th longest river in our list. Rising from the glaciers of Qinghai-Tiber Plateau, traveling through the inner most part of China then to the East China Sea. Yangtze River snakes through the most populated area of China and it is one of the busiest rivers with ferries, barges, and cruise ships crossing. It has been a necessity for China’s major trade. It is also the home of the world’s largest hydroelectric station, Three Gorge Dam. 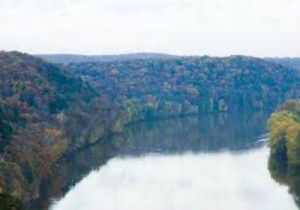 Mississippi River – Missouri-Red Rock is the main and largest river in the United States. This combined water system ranked third place in the world’s largest watershed and longest river list. It is said that if you make a drop of water swim the entire length of the river, it’ll take 90 days to cover it. Mississippi drains watershed from 31 central states including Alberta and 2 Canadian regions. It is the water source for irrigations for crops such as rice, sugarcane and corn. Mississippi-Missouri River is very abundant that various living things live along it. There were 260 different species of fish are found in there, 145 different kinds of amphibians, 50 mammal species and 326 species of birds migrate here. 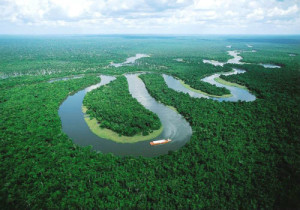 South America’s Amazon River takes its place in our list as the second longest river in the world estimating about 3,976 miles long. It flows from Northern Brazil to Atlantic Ocean. It’s been always debated as to which is the longest river between Amazon and Nile. Which is which wouldn’t matter when it comes to which river carries considerable amount of water – The Amazon. It has an immense water discharge of 209,000 cubic meter/second that it can compete with previous rivers combined. The Amazon River is also the home of other extremities such as gigantic catfish at weighs 200 pounds! 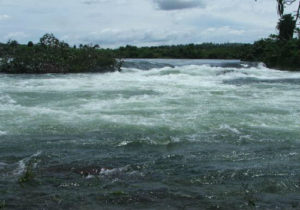 Did you know that these 11 countries namely: Democratic Republic of Congo, Tanzania, Egypt, Uganda, Sudan, South Sudan, Rwanda, Kenya, Ethiopia, Burundi and Eritrea shared only one water source? Yes. These large countries are snaked by Nile River and it is actually the primary water support of Sudan and Egypt. Measuring about 4,130 miles long, Nile is the longest river in the world. Its water provides support for the countries crops, transportation and even hydroelectric power. It is now only the longest but it is the most beautiful river with its clear blue color. It also has two prime tributaries: White and Blue Nile.