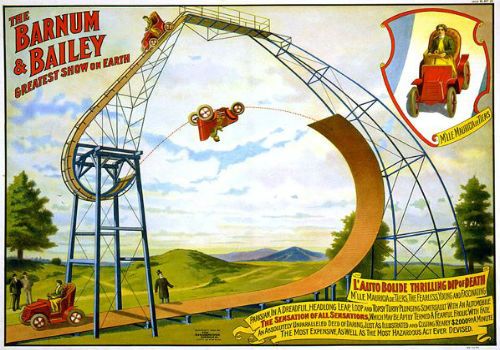 The circus is one of the entertainment forms that amuse both its juvenile and mature audiences. Dating back to Ancient Rome, it used to be a venue for equestrian exhibitions, chariot races, gladiator battles and battles with trained animals. Circus historians like George Speaight, however, argue that the modern circus did not descend from such type of shows, but from those involving jokers and entertainers from the medieval and renaissance eras up to the time of Philip Astley. He was credited for the rise of the modern circus for setting up the first stadium in London in 1768. It was intended for showing tricks in horse riding and eventually became a venue for the coming together of the different performances that comprise the show. Astley himself performed stunts in a 42-foot diameter ring that has since then became the standard size that circuses use.

In Europe, circuses were infrastructures built specifically for that purpose. In America, circuses were in large canvas tents as they usually travel from town to town, evolving with the use of trains in transporting circuses and putting up multiple rings or arenas for different acts.

The modern circus had a dip after the end of the Second World War as it saw the emergence of other entertainment forms, forcing several companies to either close or merge with other companies.

The 1970s in the meantime, saw the emergence of the contemporary circus acts that emphasized human rather than animal performances. The combination of theme, theatrics and skills seem to appeal to the audiences, although there are still a number of circuses that maintain animal performers. 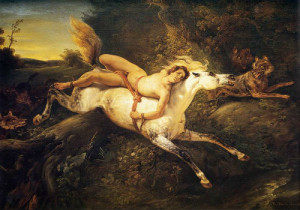 Hippodramas or horse dramas, was one of the acts introduced by Philip Astley when he set up the first circus. From the name itself, it is basically an act where horses and humans portray roles. One famous hippodrama was Mazeppa, first shown in 1823 in England and became a success in Astley’s Amphitheater in 1831. From 1833, traveling circuses in the United States also performed this and in 1864, it became remarkably famous as the role of the bareback rider was performed by a woman, Adah Isaacs Menken. She was clothed in a way that audience perceived as naked while tied on the back a “wild” horse that would gallop all around the ring. 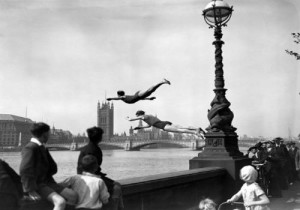 Samuel Gilbert Scott was an American considered to be a daredevil when he plummeted from a cliff close to the Niagara Falls at a height deemed impossible by historians. His diving skills were made known while he was serving in the United States Navy, by leaping off masts of naval ships. He became a professional stuntman after leaving the naval force, eventually traveling to England to continue his diving profession. His career was almost cut short when he met an accident in Deptford, where the rope that he swung from inadvertently slipped and tightened around his neck. He was saved by a sailor who caught his feet, allowing him to slacken the rope. In 1841, he was not as lucky though, when he tried to dive from a scaffolding at the Waterloo Bridge and had the same accident. His audience taught that it was all part of the show that when they realized it was not, it was already too late. 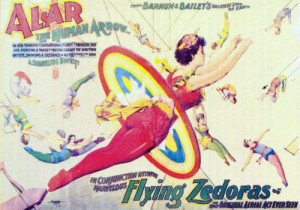 Frances Elizabeth Mary “Pansy” Murphy or Mary Zedora adapted the stage name Alar the Human Arrow at the time she, together with her sister and brother-in-law, performed with the Barnum & Bailey Circus as The Human Arrow and The Flying Zedoras.

As what her stage name suggests, she acted as a living weapon, being shot like an arrow from a 40-foot crossbow through a paper target and caught by her sister swinging from a trapeze. This was the highlight of their act.

After three successful seasons with The Barnum & Bailey Greatest Show on Earth, she went on to perform with other groups, doing teeth-spinning then as her specialty act. 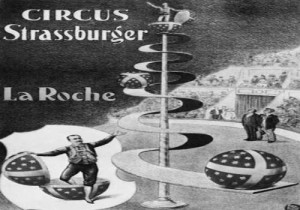 Leon Rauche, known on stage as LaRoche, was an Austrian contortionist and acrobat and dubbed the Sisyphus of the Circus. He was famous for starring in La Sphere Mysterieuse, where a 2-foot in diameter metal ball went on its own up a 24-30 foot spiral track and went down as graciously. All throughout, LaRoche was inside the ball, waving flags with both hands poking out of the holes in the ball as he reached the top, and emerging out of the ball to much applause as he reached his starting point. Such act, requiring immense physical strength, balance and precision, still invited a lot of speculations until after his time. 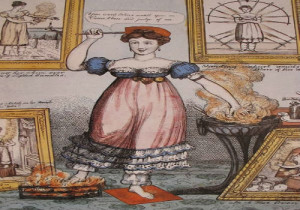 Italian Josephine Giradelli was a well-known “fire queen” who caused quite a stir when she first performed in 1816. She held boiling lead with her mouth, ran a very hot iron bar on her head and arms, walked barefoot on a very hot metal plate, trickled liquefied sealing wax on her tongue and cooked an egg with her hands holding hot oil. Her skills were attributed to trickery, hard work and dedication to her trade. During that time, although her talent was deemed uncommon for woman, her shows were always sold out. Later on, eating poison was added by her contemporaries. 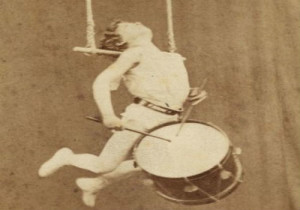 El Niño Farini was born Samuel Wasgate in 1855 and adopted by acrobat and tightrope walker William Leonard Hunt, known as Guillermo Antonio Farini on stage. El Niño was 10 when he first performed in 1866 at Chelsea Pleasure Gardens as Le Tambour Aerial, the aerial drummer, where he played the drum while balancing on a trapeze bar with the back of his neck.

Three years later, El Niño stood on his Guillermo’s shoulders as he walked on a tightrope 180 feet above the crowd. Since then, they were billed as “The Flying Farinis” as they performed all over Britain.

In 1870 in Paris, he first performed as “The Beautiful Lulu: Aerialist and Circassian Catapultist”, where he was projected from the floor up to a trapeze while doing three full somersaults. An injury due to technical malfunction revealed Lulu’s true gender and eventually led to Samuel going back to performing as a man. 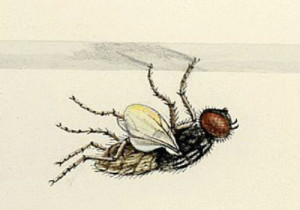 Richard Sands was a successful circus owner and an accomplished acrobat, who founded the American Circus and Franconi’s Hippodrome. He started his career as an equestrian, doing backward somersaults from sprinting steeds. Apart from being dubbed “The Circus King of Old New York”, he was also famous for being a “ceiling walker”, sauntering across the ceiling while his feet hung from rings. In 1853 at Drury Lane Theater, he strolled across its ceiling donning unique rubber suction pads on his feet. Eight years later, he met a tragic death while performing. A plaster ceiling yielded, prompting him to fall and break his neck. 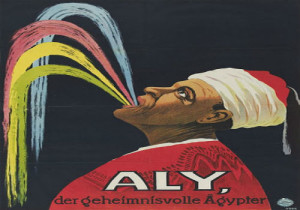 Hadji-Ali was a famous Egyptian who became known for controlled puking of solid and liquid objects. He swallowed water, smoke, nut and handkerchief that he would expel through his mouth in an order the audience chose. His talent landed him an appearance in a Laurel and Hardy film. The highlight of his performance was drinking a gallon of water first then a pint of kerosene. Amazingly, he would first spew out the kerosene on a prop castle on fire, then discharge the water to put out the fire.

Following his death in 1937, rumors circulated that the Rockefeller Institute wanted his stomach in exchange for a large sum of money. His body though was offered to Johns Hopkins University for study but was declined.

Aloys Peters, the Man with the Iron Neck 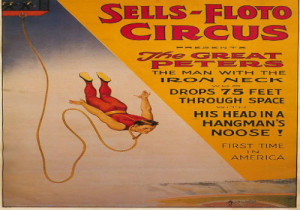 Aloys Peters was billed the Great Peters for having an “iron neck”. He would plunge in front of a terrified audience off a 75-foot high fixing with an elastic rope tied around his neck. A version of the modern day bungee jumping without a net or a body of water beneath the diving deck, the rope would then snap back mid-dive, prompting him to go back up and he would then make a measured drop. In 1943, he performed in front of 5,500 spectators, who were filled with horror when something went amiss with his act and broke his neck. His limp body swung for 20 minutes as the St. Louis Fire Department fought to retrieve him. He died at the age of 45. 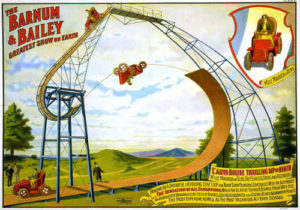 Mademoiselle Octavie LaTour, also billed as Mademoiselle Mauricia De Tiers, was a lady stunt driver who performed for the Ringling Brothers and Barnum & Bailey Circus in 1905. At the time when automobiles were still a new technology, she was featured in L’Auto-Bolide or the Dip of Death, an act that involved her driving a small car very fast on a ramp that had a 20-foot breach. Before reaching the breach, the car turned upside down and then landed like so on the second part of the ramp. The end of the act saw Mademoiselle LaTour stepping out of the car composed in her long Edwardian dress and hat.

In recent years though, stunts like these are not as daring anymore because of safety issues. However, descendants of well-known “daredevils” still continue to bring amazement and amusement to people of all ages.