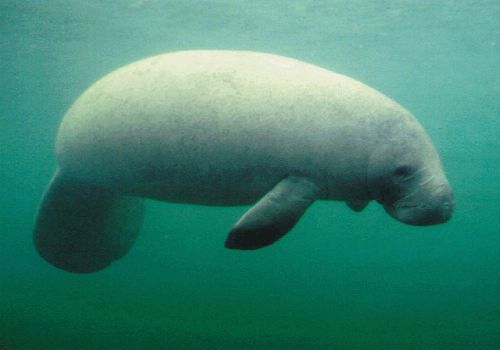 As soon as the dinosaurs were wiped off from the face of the Earth, mammals have taken their niches and flourished. From being small creatures like rodents then growing up to large organisms like elephants and rhinos, mammals greatly varied in form and size throughout the course of time.

Mammals have also learned to thrive in different environments. On land, we can find the majority of mammals from rabbits to giraffes. Some mammals such as the capybara, are semi-aquatic. Belonging to the fully-aquatic animals are whales, manatees and sea cows. By looking through different groups of mammals in Class Animalia, we have listed the ten largest of ten different orders – Order Carnivora, Order Cetacea, Order Artiodactyla, Order Lagomorpha, Order Primata, Order Marsupalia, Order Perissodactyla, Order Primata, Order Proboscidea, Order Rodentia, and Order Sirenia. Each order has different sizes, habitat and unique characteristics. Though some animals in this list do not appear to be really massive, they are relatively bigger than their cousin species. 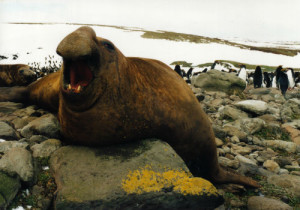 The southern elephant seals are the largest mammals under the Order Carnivora, a large group of 280 different species of animals that primarily hunt meat for food. These large creatures got their names from their long proboscis. A southern elephant seal can weigh 2.2 tonnes up to 5.5 tons. That’s almost as heavy as large construction vehicles. Southern elephant seals possibly show the most extreme sexual dimorphism among all mammals, with the males being five to six time heavier than the females. The males are the ones which are commonly larger than polar bears, one of the fiercest hunters of the south. 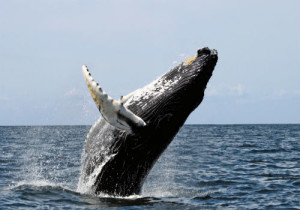 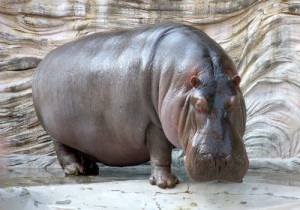 Hippopotamus or hippos are the heaviest even-toed ungulates, a group of animals which includes pigs, camels and deer. A hippo can weigh as much as 1.4 to 1.5 tonnes. Hippos are one of the most aggressive and dangerous animals in sub-Saharan Africa. Although they have short legs and stocky appearances, they can move fast both in land and water. They can even reach an average speed of up to 30 kilometers per hour. That is about twice as fast as humans. The nearest relatives of Hippos are the cetaceans as they both originated from a common ancestor, an ancient even-toed ungulate. 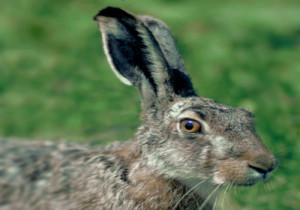 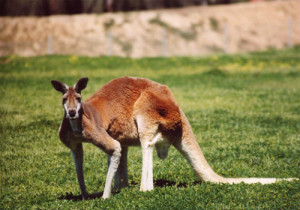 Marsupials belong to a subgroup of mammals called infraclass Marsupalia. A very distinctive character of marsupials is that they carry their young in pouches. The largest marsupial is the largest mammal native to Australia, the red kangaroo. The red kangaroo can weigh from 25 up to 90 kilograms and measure one to 1.6 meters in length. A male can easily be distinguished from the female from their fur color; the males have rusty red fur while the females have blue-gray fur.Their unique structures allow them to jump as high as nine meters. With its major predators being extinct in Australia, the red kangaroo now thrives in large numbers throughout some parts of the country.

White Rhinoceros or white rhinos are the largest members of the odd-toed ungulates. Odd-toed ungulates are mammals with an odd number of toes on the rear feet like horses, tapirs and rhinos. White rhinos were rumored to be wrongly named because of mistranslation from Dutch to English. The Dutch word “wijd” which was used to describe the rhinos’ mouth was misinterpreted as the word “white”. Originally, the name of these large creatures would have then been wide rhinos or wide-mouthed rhinos.  A white rhino can weigh as much as 2.33 tonnes and measure a length of 3.7 up to four meters. 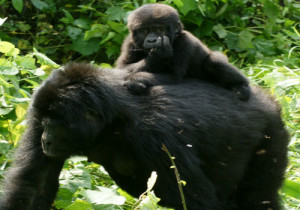 With a DNA match of 95-99%, the gorillas are next closest living relatives of humans. The gorilla is also the largest member of the Order Primata, the group of organisms comprising old world monkeys and new world monkeys. Gorillas, though only living in a small part of Africa, can inhabit areas with varying elevations up to 4300 meters above sea level. Gorillas can weigh as much as 225 kilograms and grow a length of up to 1.80 meters. They are more than three times heavier than humans. The largest known eastern lowland gorilla was named Phil. He was 388 kilograms and 180 centimeters tall. 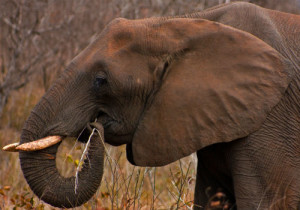 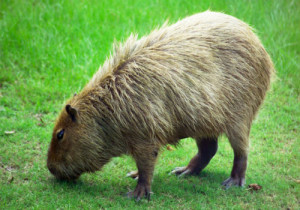 Among beavers, porcupines, and maras, the capybara is the largest of the members of Order Rodentia. Capybaras are abundant in South America and are usually found in groups of ten to twenty individuals. They are very vocal animals and even chatter with each other to communicate. Capybaras are also semi-aquatic animals and they can swim in inland freshwater bodies with ease.  Like their cousins, the guinea pigs, capybaras cannot synthesize Vitamin C so they are to be supplemented with vitamins when kept as pets as to prevent scurvy. A capybara can weigh 35 to 66 kilograms and grow 1.1 to 1.3 m in length. 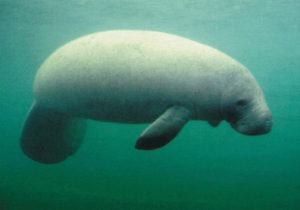