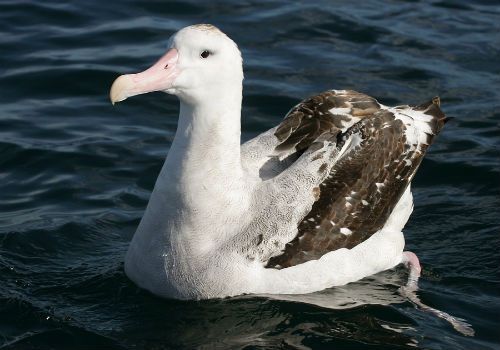 Birds are fascinating animals as they mostly dominate aerial domains. They are distributed all over the world. Because of different conditions in the environment, these birds evolved into different types of species that can adapt to certain situations. A bird’s coloration, beak or bill, feathers, vocalizations, eye sight define the environment in which it thrives. The wings, a defining characteristic of birds, are not exceptions.

Wings almost defines a bird’s lifestyle. Short wings means that the bird seldom or never flies. Long wings, on the other hand, translate to days to an almost entire lifetime of flying. Today, birds have different wing sizes and lengths they use in their own habitats and lifestyles.

Which of them now have the longest wings? Why do they need to have such length? How are their wings related to their diet and behavior? By finding answers to these questions, we successfully came up with the top 10 largest birds on Earth based on wingspan. 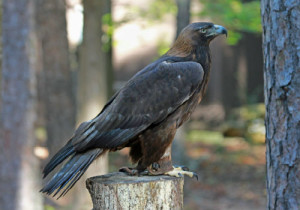 The golden eagle is a popular birds of prey in the Northern hemisphere. It is actually the National Emblem of Mexico. It got its name from the golden colored-feathers at its crown and nape. An adult golden eagle usually appears dark brown in color while a juvenile one is completely dark and has white feathers at two-thirds of its tail tip. The wingspan of a golden eagle reaches 8.2 feet in length. Its large body mass also allows it to hunt prey as large as gray wolves. The golden eagle is also one of the most extensively studied raptor in the world. 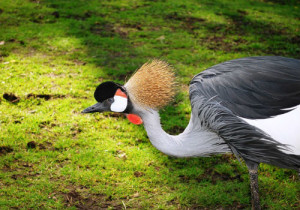 The grey crowned crane ties up with the wingspan length of the golden eagle of 8.2 feet. The grey crowned crane is more than 1 meter tall and has mostly white wings. Its crown has stiff golden feathers. This beautiful bird, like other cranes, has courtship rituals such as dancing, bowing and jumping. It can also produce booming calls through its red throat pouch called gular sac. The grey crowned crane is omnivorous and usually feeds on plants, seeds, insects, grains, frogs, worms and even snakes. These birds do not migrate and are now considered vulnerable to endangered due to overgrazing and pesticide pollution. 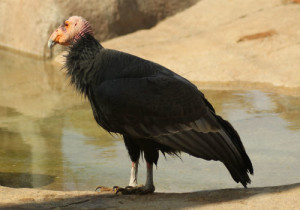 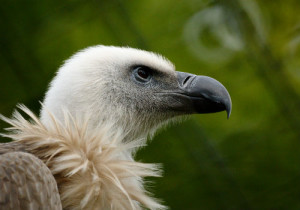 The griffon vulture is a massive flying organism which can grow over three feet in length. Griffon vultures are often hatched naked with a very white head and large wings which have dark flight feathers. These birds inhabit southern Europe, North Africa and Asia. They are very social animals and sometimes can be found in groups consisting of 1000 vultures. Like any other vulture, these birds mainly feed on carcasses. Griffon vultures have a massive wingspan of 9.2 feet. Even though this bird lays one egg per birth, it guards its young well by nesting colonies in cliffs. Griffon vultures are presently of the least concern in conservation. 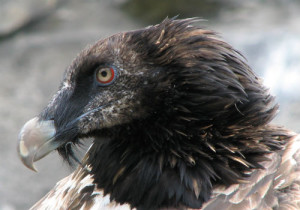 Bearded vultures are amazing birds that can be sighted at extremely high altitude. Some have been sighted flying at 24, 600 feet above sea level on Mount Everest. Unlike other vultures, they are not bald but are often small headed. They have usually have light rusty coloration on top of their small heads and possess thick necks. Coloration of a bearded vulture’s head may vary it choses its own cosmetic. They acquire their cosmetic through mud-rubbing, dust-bathing or drinking mineral-rich water. A bearded vulture can grow wings up to 9.8 feet in length. Like other vultures, it preys on carcasses. 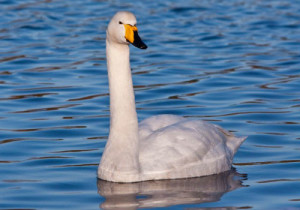 The whooper swan with a weight of 34 pounds is considered to be among the heaviest flying birds. Whooper swans usually stay in bodies of water when young as their legs and feet cannot support their massive weight. Upon maturity, they will be migrating to wintering regions which are hundreds or even thousands of miles away for they breed in cold places. They are very powerful fliers despite their weight and have a wingspan of 9.8 feet. The whooper swan is the national bird of Finland. Whooper swans, in 2006, were found to be the carriers of the deadly H5N1 influenza in United Kingdom. 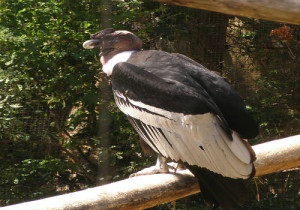 The Andean condor is the national symbol of Argentina, Bolivia, Chile, Colombia, Ecuador, and Peru, the Andean regions, as it plays special roles        in their folklore and mythology. The Andean condor is generally dark in appearance. A white ruff of feathers covering the base of the neck and bald head and neck distinguishes this species. The head and neck coloration changes according to the bird’s emotional state. Like other vultures, the Andean condor feeds on carrion and prefers carcasses of larger animals such as cattle or deer. It may also hunt small and medium-sized mammals. The wingspan of this majestic bird is an amazing 11 feet. 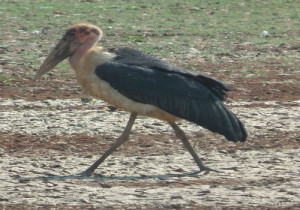 The Marabou stork is also known as the undertaker bird for its black cloak-like wings, white body and skinny legs. With a wingspan of 11feet, it ties up to that of the Andean condor. The Marabou stork has a large variety of diet. It usually eats carrions but will eat any animal matter it can swallow. They can also eat other birds such as pigeons, doves, pelicans and even flamingos. The Marabou stork usually lives in areas near human settlements which makes them eat inedible materials like shoes and metallic objects. Marabous are important in the ecosystem as they help decrease decaying matter in certain areas. 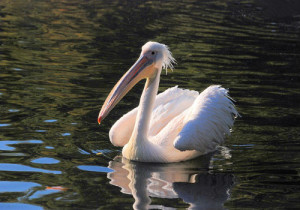 The great white pelican is a massive bird that inhabits the eastern Mediterranean to Vietnam and South Africa. Pelicans mostly stay in freshwater bodies of water. They are known for staying in large groups. In Tanzania, a colony of 75, 000 great white pelicans were found. The great white pelican’s diet consists mainly of fish. They usually leave their roost early morning and fly up to one 100 kilometers in search of food. Their bills are specialized to scoop fish when submerged. When times are hard for this birds, they can eat other birds such as sea gulls and ducklings. The wingspan of the great white pelican is 11.8 feet. 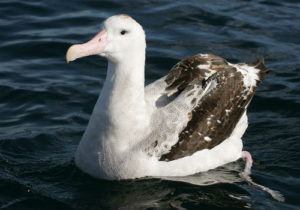