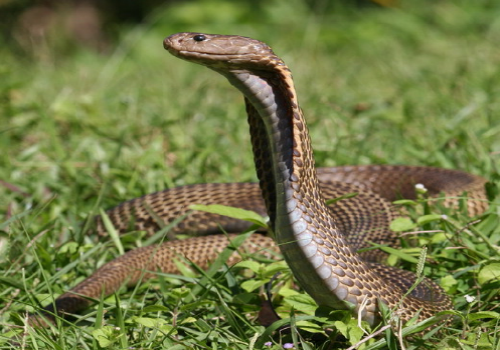 Poisonous snakes are very dangerous and deadly, though they may not be too bloody but it kills smoothly. Snakes are living in the wild or somewhere in narrow place Majority of them lives on a ground with long and gloomy grass and most of the time nobody can predict its time of attack. Snakes are a carnivorous reptile that is famous because of their venom.

The origin of snake is still unknown or understudiesthis means that research are ongoing to prove the reason of its existence. Every types of animal in this world has their own purpose why they live, it might not be present to us but the purpose itself helps to maintain the equilibrium of the earth system. Even if we are in the middle of civilization the snakes aren’t considered extinct they might be an endangered species in different country still wildlife and other organizations are making actions to prevent it from vanishing. Though snakes are dangerous and deadly still they are very important in our eco-system. You cannot imagine the food web of specific animals specially from the wild without the snakes. A research is still ongoing about the venom of specifics snakes as a treatment towards cancer, cancer today it is as deadly as the venom but unlike venom, cancer kills every victims slowly. 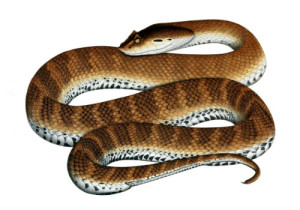 With its original name Acanthophis, death adder is considered as a genius snake. Found originally in Australia, New Guinea and commonly in tropical and subtropical countries. Death Adder presents a very unique characteristic that allows it to become famous among the family of snakes. Knowing that they are genous their mode of hunting is not chasing but through ambushing. As fast as 0.15 seconds they can paralyze their prey and get ready for dinner.Aside from that like any other snake they have a strong hearing perception as perceive or feel ground vibrations. So, with this it makes them sensitive motion and easily alarmed by the movements or commotion in their surroundings. 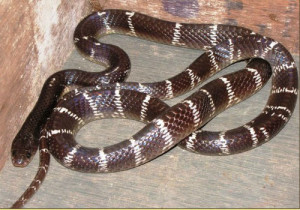 Poisonous are scary enough to make you more observant around your surroundings. You have this perception that once bitten by a poisonous snake, death is very near. The snake named common Krait or also known as the Blue Krait. Its venom is known as a neurotoxic, which makes it even dangerous to people. Once bitten it is advisable not to move or make any action, but unfortunately the bite of a Blue Krait is painless making it unnoticeable. The Common Kraits is considered to be part of the big four; the big four is a group of venomous snake that causes the majority toll snake related death. Just like an owl it is weak or sleepy during daylight, but becomes very active during the night. 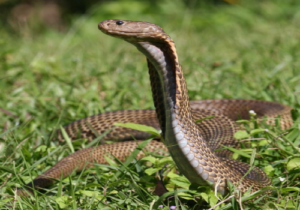 The Philippine cobra or known in Filipino dialect as ulupong is a venomous snake that can cause lung failure and other respiratory complications. Its characteristic is unique since it has a shape like a hood on its head that eventually expand when threatened. Usually a snake will only attack when they scared or threatened and at the same hungry. They can spread their venom through spitting or biting, which makes encounter with this is deadly enough.This type of Cobra is considered as the most venomous and poisonous among the family of a cobra. Famous on its scientific name Naja philippinensis, Naja for cobra and philippinensis states from the Philippines. 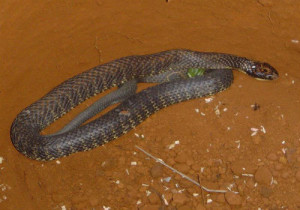 One of the most rare species of snakes, it makes them rare because their number is decreasing abruptly. It is called tiger snake not because it has an origin of a tiger, but because of its stripes likes tiger. This type of snake doesn’t attack, but eventually bite when threatened. Their venom is also considered as Neurotoxic and Myotoxic. This basically state that once bitten or even having this venom, abrupt paralysis might happen or damage and injury towards your muscles and respiratory system may happen. Found in the southern part of Australia and commonly found in creeks and near swamp area. The abundance of prey helps the tiger snake survived its daily living. 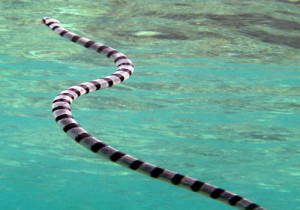 The Belcher’s Sea snake or also known as faint-banded sea snake has been a sea snake that rarely bites, but only when provoked. It is part of the most poisonous snake, but it doesn’t mean it was known as an attacker. Other snakes tend to attack their prey or other people, but the Belcher’s sea snake is living peacefully in the Indian Ocean. Research and facts states that one bite can kill 3 elephants. Its common victim isfishermen, divers and other people who tend to destroy or infiltrate their territory. An interesting fact about the Belcher’s sea snake is that it can hold its breath for more or less 7 to 8 hours. 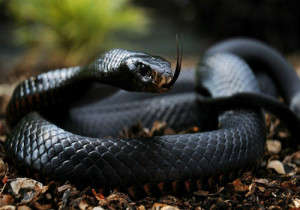 The black mamba holds the most recordsin the snake history. First, it is one of the fastest snakes in the world, it can travel for up to 20 km per hour and at the same it has a 100% fatality before anti-venom was discovered. That fatality rate is somehow alarming because once you are bitten you’ve got a higher risk of being dead. The black mamba uses its speed to escape danger and threat not to attack or eats prey. Aside from that, the black mamba is known to be the longest snake in SouthAfrica. The name black mamba is not based on its color, but because it has dark or black colored palate. 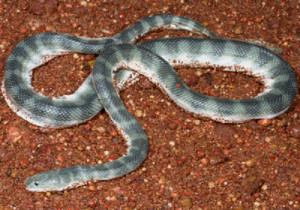 When fatalities caused by sea snakes are recorded, it is the beaked sea snake caused 50% of it. Though it is a sea snake, still it crawls faster on land compared to other sea snake. Don’t ever think that sea snake only lives on water because majority if not all of them can also live on land. It can swim as deep as 100m and holds its breath for more or less 5 hours.Many snake venom is considered lethal aside from deadly its consequence can result to complete paralysis.The beaked sea snake is commonly found in the Arabian sea and the Persian gulf. 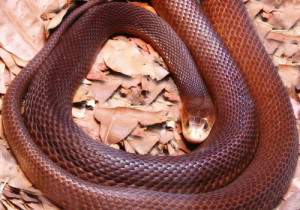 As the third most venomous snake in the world, the coastal Taipan provides very detrimental venom. As you already know snakes can be dangerous and deadly, but somehow there is a hope of cure, but with coastal Taipan when untreated it can cause a 100% fatality rate. In around 90 minutes the victim could die. Though there are factors that can affect this duration still it is important that it will be properly medicated. Commonly found in northern Australia and in the islands of New Guinea. Aside from that the coastal Taipan is considered as the largest venomous snake because. Its favorite dish is the warm blooded animals like birds and rats. 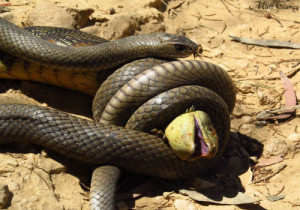 Poisonous snake can be harmless once it is not provoked or threatened, but with Eastern Brown Snake it has an attitude of being aggressive. Aside from that,its favorite dish is rodents, house mice, frogs and many more. With its diet, it is common that it will be present in some farming areas since this is where lots of rodents and frogs live. Knowing this it provides a higher encounter percentage because its usually places and environment consists of the natural habitat of people. The Eastern Brown Snake is considered as the second venomous and poisonous snake around the world. It’s venom first action is to paralyze your body by region and parts. Slowly things will progress as long as an antidote is administered. 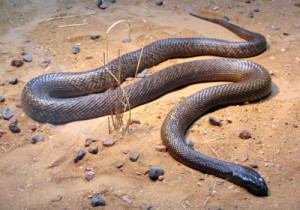 As the most poisonous snake among all makes the Inland Taipan very dangerous. Known with its scientific name Oxyuranus microlepidotus, the Inland Taipan is cause anaphylactic shock, kidney failures, respiratory failure, cerebral hemorrhage and many more. Though it is the most venomous still the inland Taipan is not considered as the most deadly. The venom itself isalready deadly in nature, but the snake is not because it lives with remote areas, far from people it is not as aggressive as other snakes. It prefers to escape the threat and danger rather than attacking its enemy. But even if it likes escaping when there is no more way to run, it will always fight back and that might cause you death.